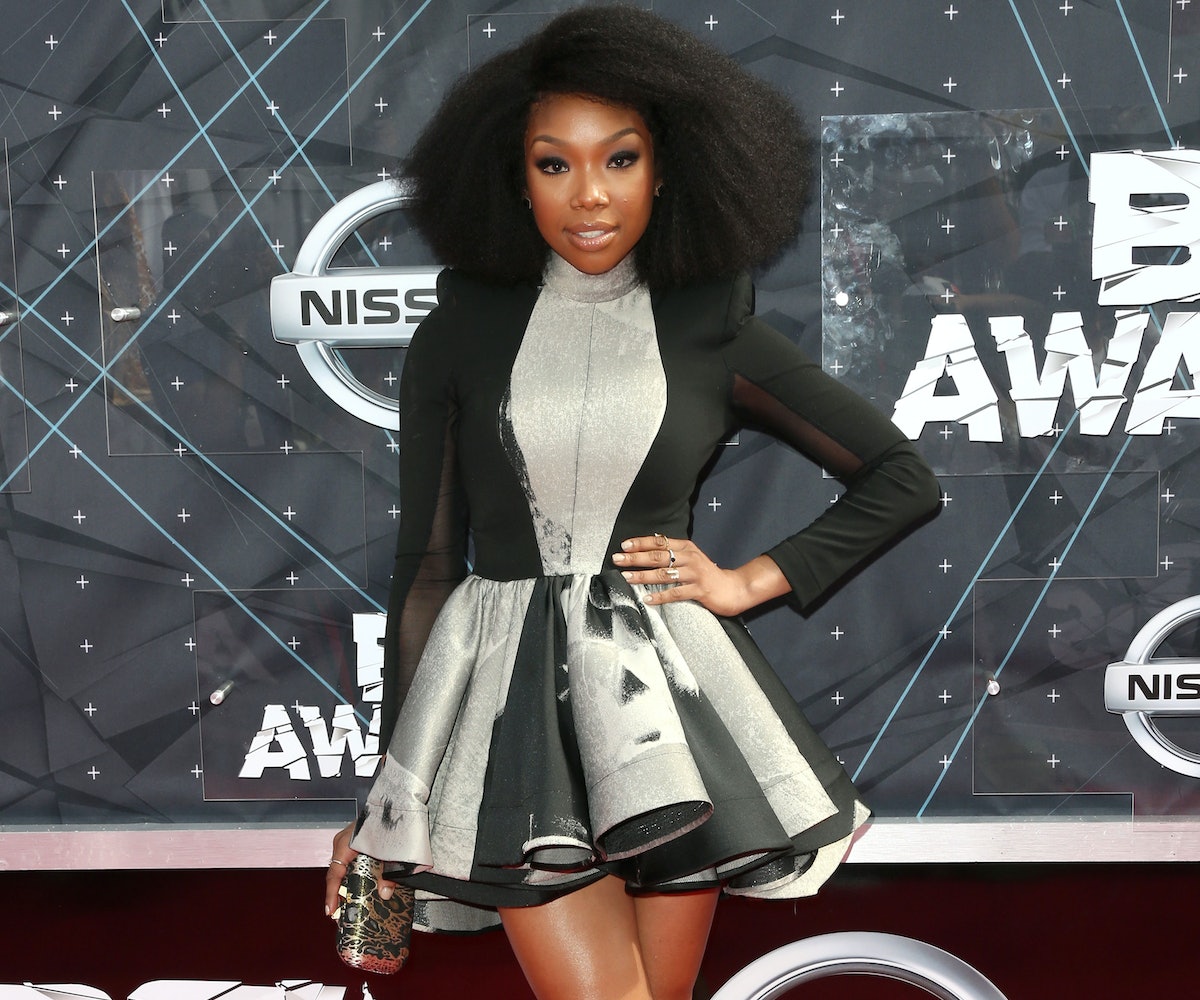 Like many of us, you've probably been wondering what happened to Brandy Norwood. I mean, after she randomly performed "The Wiz" on the subway that one time and nobody recognized her (or cared, for that matter), we were pretty concerned about what this meant for her legacy. During her '90s reign, Brandy was an R&B queen and the face of brands like DKNY and Candie's. Her acting career was also changing the game for women of color with lead roles in programs like Moesha and Cinderella. (You can't deny that this was the best version of Cinderella and "Impossible" is the most iconic song of all time. RIP Whitney Houston.)

For a little while, Brandy sort of disappeared and during this dormant period, her brother Ray J stepped into the light. But last night, she randomly released a brand-new song called "Beggin & Pleadin." Produced by Pop & Oak, it's got an old-school feel to it as Brandy sings about an ex that obviously did her wrong. In the description, Brandy states that the song is "based on a true story"—she further elaborated on Facebook: "As I grew through the subject matter of this song, I realized that I needed ME to forgive me for not believing what I felt!!! So #deuces."

Nothing gets the "bye boy" message across better than a line like "told you walk out the door/ and you can keep your last name." (Yassss, Brandy! Drag him!) We are so here for her return, as we've been waiting for a proper Brandy comeback since Two Eleven slipped out three years ago. Brandy's new sitcom Zoe Ever After also premiered on BET last night, so the timing couldn't be more spot on. We've said it before and we'll say it again—2016 is lit. Bump the track, below!