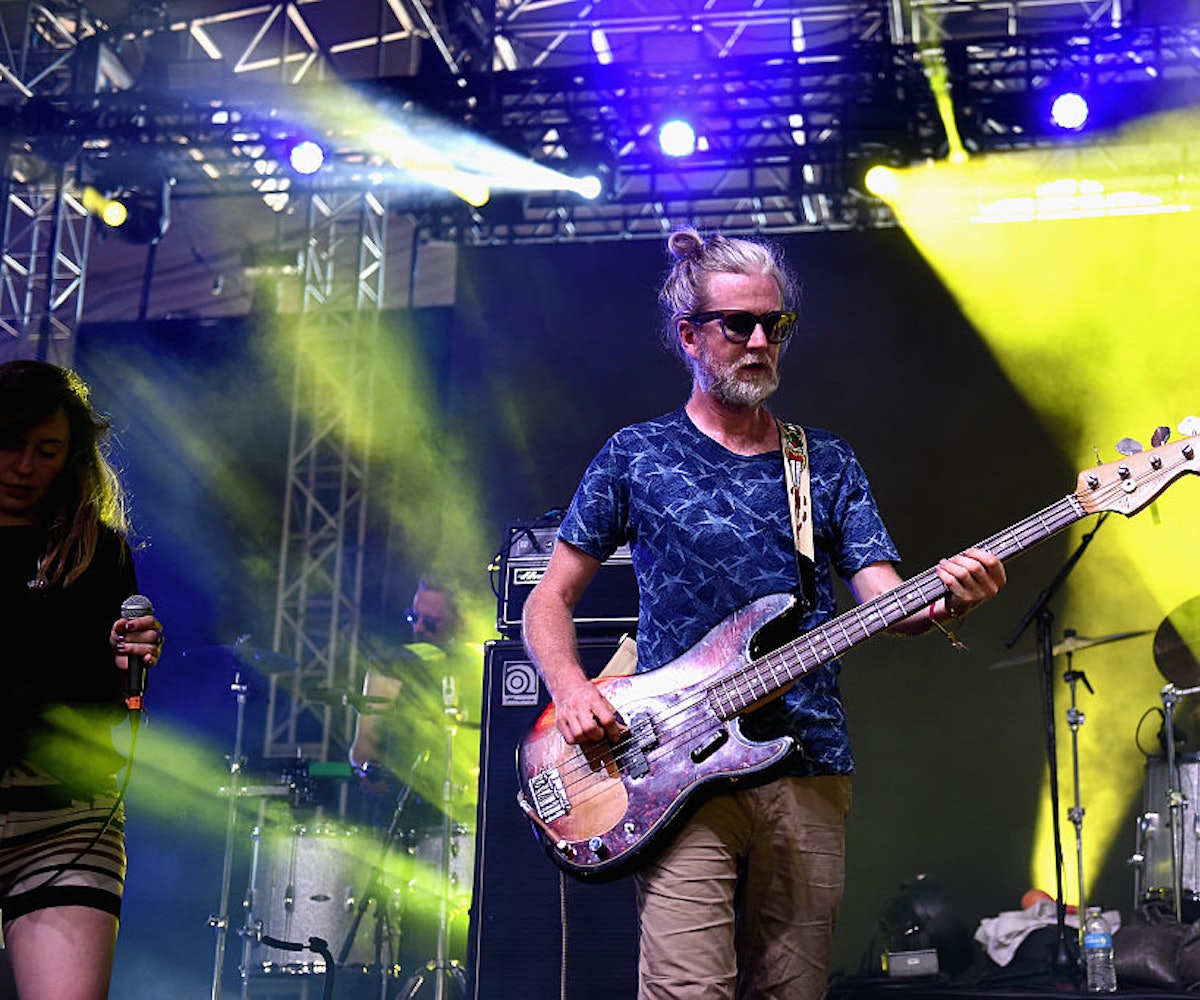 Broken Social Scene is, we like to think, the ultimate Canadian band; it's known for its collective sensibility; it's a classic example of the sum being more significant than the indivdual parts—exceptional though those parts may be. The music of Broken Social Scene insinuates its way into your consciousness without ever oppressively attacking your ears or demanding your attention. It feels almost polite, if sometimes impenetrable in its indefinability. When BSS came onto the scene in the early '00s, it spurred a quiet revolution in music. The band (and many of its Canadian contemporaries) stood in stark contrast to some of the more hard-driving alt-rock coming out of New York and other American markets.

Broken Social Scene has recently announced that it will be putting out a new album, its first in six years, but no worries if you don't want to wait that long to relive the BSS glory days. Brendan Canning (co-founder, along with Kevin Drew, of BSS) has released his third solo record, Home Wrecking Years, today, and it's just about the perfect late summer album, filled with intricately arranged tunes which are reminscent of the ensemble-driven work of BSS, while also having a distinct, clean sound of their own. We recently caught up with Canning and talked about the album, what it's like to work solo, and what he thinks of Donald Trump.

You worked on Home Wrecking Years over the span of a couple of years. What does it feel like to finally have it come out?

It’s nice to have people from all sides kind of weigh in on it, I guess. It eventually closes a chapter of something I’d enjoyed doing. I’m happy that I’m getting press opportunities and that people want to talk about it and I’m looking forward to playing a few shows and seeing where it goes from there.

Are you planning on touring or do you just have a few dates set up in the future?

I don’t even have anything booked right now. I think just because the nature of Broken Social Scene kind of making their way back, it makes it a little harder to figure out how much I want to tour my own record. And I really got to be honest, it also depends on how much demand there is. I am sure I’m gonna play a handful of shows here in Toronto and Montreal, but going down to the U.S. with immigration processing and that sort of thing, it’s not just like, hey, let’s go play New York! It’s like, hey you gotta spend $8,000 before you can play a show in Key West. So there’s a lot of things that need to go into consideration.

You’ve been playing with the group again and working with Broken Social Scene, and yet we're here talking about your own project. What’s different for you about working on and releasing a solo album?

It just means I can say, yup, sounds good. Or, hey, that sucks, you gotta listen to me because my name is on the album. Or, hey, you guys are great, you know? I guess ultimately the buck stops with whatever I see fit. It’s not that hardcore. I rely on people I play with and my producer, but it’s just less voices in the mix when you’re finishing your record and putting everything together yourself.

Oh, so you like to become a fascist dictator. That’s basically what you said?

[Laughs] Yeah, that’s all I really wanted in life. I got my wish. I’m a big left wing fascist dictator.

That’s the very best kind. Well, there haven’t been any Canadian fascist dictators, have there?

No, I don’t know. I’m sure there’s some in the history of the Canada. We’ve got Canadians who’ve got blood on their hands in different fucking scenarios.

True, true. Speaking of fringe Canadians, you talked about recording some of this during [former Toronto mayor] Rob Ford's media meltdown, so I wanted to ask if you had any advice for Americans who want to shut out Donald Trump and his own media meltdown. Not that they’re so similar, but how do you cope when you have public figures who are kind of beyond belief?

The Rob Ford scenario, it’s sort of funny how it became a minor hit in the U.S. because of the ridiculous things he was doing. But ultimately he wasn’t trying to start race wars or inciting that much hatred. I mean, yeah, there was a knucklehead quality to Rob Ford, but, not, you know, on the same level of someone down there who has a pipeline to 150 million people who are behind him. Maybe not that big—hopefully, it’s not that big. It’s tough to say, though. It’s pretty shocking. You know, you’d like to think eventually that it will get back to normal and we won’t have to hear anything and everything according to Donald Trump.

Agreed. So, back to the album, what were some of the inspirations and influences surrounding you when you made it?

There wasn’t any one thing; there’s never one thing that I ever listen to for more than a week at a time. I DJ as well, so I’m always buying and listening to new music. It’s more the people I’m playing with, and building a band. And when you’re building a band there’s new energy in the room that sort of encourages you to work on new material and see what different line-ups can bring to the table. That’s the thing that influenced me the most, being able to play with so many different people, like in my Broken Social Scene world.

The late '90s have been referenced so much lately and you and BSS were a huge part of them and mainly the early '00s. That music still resonates so strongly with people of a lot of different ages today. Why do you think that is?

It’s hard for me to comment on that! I mean, the fact is, you’d like to hope that good songs resonate with people. That was kind of the Canadian Invasion that was happening for lack of a better word. There was Feist and Arcade Fire. A lot of music coming out at that time. The New Pornographers as well. I’m just trying to continue that tradition as a solo artist as well. See how many people I can’t drag along in the next movement.

Who are some of your favorite up and coming Canadian musicians?

I like this woman Charlotte Cornfield. She’s really cool. I also went into a store the other day and the guys inside were playing this group Jaunt. I had never heard of it before. But I’d say that’s kind of really good. And Do Make Say Think too. They have a new record coming out.

Last question: I know you're a big soccer fan; are you into the Olympics at all?

I gotta say, when I think soccer, I don’t really think of the Olympics, except for the fact that the Canadian women’s team in 2012 got burned by that Norwegian referee.

So some things really stick with you.

Yeah, you can google that to see how we were robbed of the gold medal.