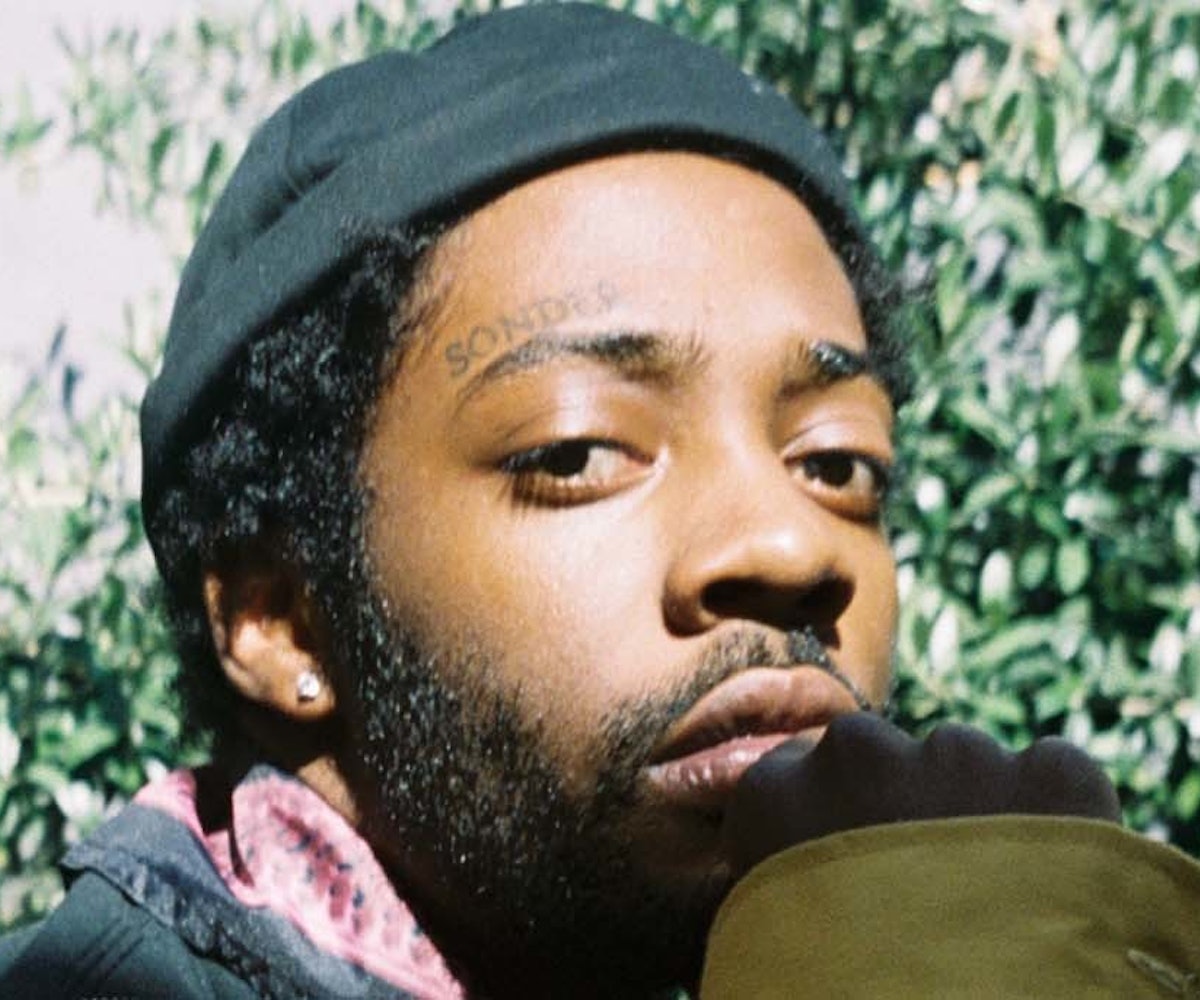 Flouting contemporary R&B conventions, equally as keen to reflect on his flaws as he is to participate in wild revelries and smoke-filled nights, Brent Faiyaz is back. The 23-year-old’s latest offering, LOST, is eminently raw, revealing, and reflective, informed by quixotic melodies and anchored by melancholic refrains. Faiyaz is eager to examine how his interactions with the world impact his mental health and how that, in turn, impacts how he interacts with his music.

LOST is the product of an artist who understands that life is more nuanced than a come-up from hardship to the Grammys. The EP finds Faiyaz diving into himself and embracing his role as a highly visible artist with something to say about systemic oppression and injustice in contemporary America. From outlining the ebbs and flows of relationships to reflecting on shifts in personal growth, he crafts a deeply layered soundscape of navigating one’s early 20s in a fucked-up world.

Below, we catch up with him about the new record, mental health, and oppression.

You and your manager Ty founded a company together: Lost Kids LLC. Why did you choose that name for it?

Lost Kids was a crew before it was a label. I started it when I was about 16 years old, at a time when my friends and I were into stealing rare clothes and smoking mad weed. I started making beats, and we put out rap mixtapes from my basement, that was how everyone knew us back then. We barely went to school, none of us had cars yet, we just stood outside corner stores and apartments for hours until we got in trouble with the police or found girls that would let us post up at their cribs and make us food. We were lost kids.

What's your vision for Lost Kids in the future?

I had this vision of being fly and rich when I grew up, of pulling back up around my way in a Ferrari or some shit. I think we just knew what we were gonna become someday, that’s why we didn’t care about school or anything. When I started singing and linked up with Ty, we decided to make Lost Kids the name of the label, where all music, fashion, and film-related projects would fall under. That’s the plan long-term with it: to stay true to the original vision.

How did the concept behind LOST come about and why did you feel you needed to make this record?

I was just living my life. It’s less of a musical statement and more just a reflection of how the world feels to me right now. Music is more powerful than just hard beats and witty lines. We should care about intent and ask ourselves, What do the lyrics say? What can we take away from this? I can release a song, and millions of people will listen to it. I can tweet a time and location, and get hundreds of people to pull up. That’s a rare opportunity that very few people will have in their lifetime, so I’m not gonna waste it making songs about things that don’t matter to anyone but myself.

On LOST, you explore the struggle to find purity when the whole world tells you, you aren’t worth shit, which I think is something that a ton of people, regardless of age, race, or socio-economic background, can relate to in some way. How do you, personally, deal with this sentiment of feeling like the world doesn’t value your existence? For me, self-worth comes from finding something to live for. In the beginning, it was just making the records that got me high, chasing a dream that people said wasn’t real or within reach. It’s beyond all that now; I just turned 23 a few weeks ago. People look up to me, I’m a young leader, and that keeps me going, it keeps me wanting to learn more. Passion and purpose build confidence. And confidence attracts confidence. One tool of oppression is keeping one’s self-esteem low to limit their ambition. Finding something you’re passionate about and inspiring others to do the same is how the cycle goes. That’s my agenda.

How can we, as fans, help you with this struggle? Spread the word. Play this shit loud.

You’re showing fans a different layer of your psyche that you haven’t shown us before. Why did you find it necessary to open up to the public in this way? I think the easiest way for me to deal with a life in the public eye is for people to know as much as possible about my true character and where my heart lies. I don’t want anyone to have an idea about me that isn’t true and then view me as this contradiction when they meet me or see me out. I’m gonna try to give you everything. Everything I’ve been through, everything I’m feeling, everything I’m going through.

That’s brave and also powerful, especially coming from a black man. Mental health just isn’t discussed enough. Hell no. Not at all. Black men aren’t awarded the luxury of being included in mental health conversations, but we’re also the direct victims and descendants of the longest, most brutal genocide in modern history. My father attended segregated schools. It’s 2018, and that’s my father. Why don’t people see how much that can traumatize a generation? Affect how they raise their children? Blacks in America couldn’t even go to most pools and beaches until a few decades ago, and yet people still wonder why so many of us lack the ability to swim. They wonder why so many of us are on drugs or kill each other, as if it isn’t a part of America’s plan. As if we don’t have our own PTSD from the shit that happens to us on a daily basis. As if we don’t feel suicidal. How can you dehumanize an entire race of people, strip them of their name and history, separate their families, and expect them to not be affected by it to this day? Depression and anxiety don’t skip the hood, but, at the same time, nobody wants to be called a “crazy nigga” or a “weird nigga.”

How do you view the link between systematic oppression and men’s expression of (masculine) emotions? A lot of us don’t grow up with our dads in the home. I was fortunate enough to have mine around to teach me the difference between real values and accountability and the fake machismo that the world teaches us manhood consists of. I didn’t wanna listen much until I got older, but we’re often victims of our own ego. We’ll walk down a path of self-destruction if we feel like that’s what a man is supposed to do. Which makes us the perfect target: young and impressionable. Some kids grow up knowing they have the option to be whoever they wanna be. Take years off, travel, figure life out… For us, those few years between ages 17 and 21 are crucial. Either you turn square or full criminal, there’s no in-between. Whichever life you choose is whichever life you’re best prepared for. That’s just what we’re taught, that’s the game.

What does the title, LOST, mean to you? It's about finding direction with no map. Feeling burdened by the things you see and experience, and fighting to hold onto the morals that make you. Doing the best you can with what you were given, ‘’Living On Stolen Time.”

You’re putting together a Charity Annual Show in Baltimore in December. What are the proceeds of the concert-going toward?Holiday time is financially tough for a lot of families. I want kids who don’t have much to be able to open new presents on Christmas. I’m from Maryland, so I already knew we could sell out a crazy show in Baltimore. I was born there, my family’s there, my community is there… Why not do a show? We’re still sorting it out to get the right organization on our side. We’ll take all the proceeds from the show and just hit up a Footlocker or DTLR if I have to. Kids need to feel special… Kids gotta feel good about themselves, man.