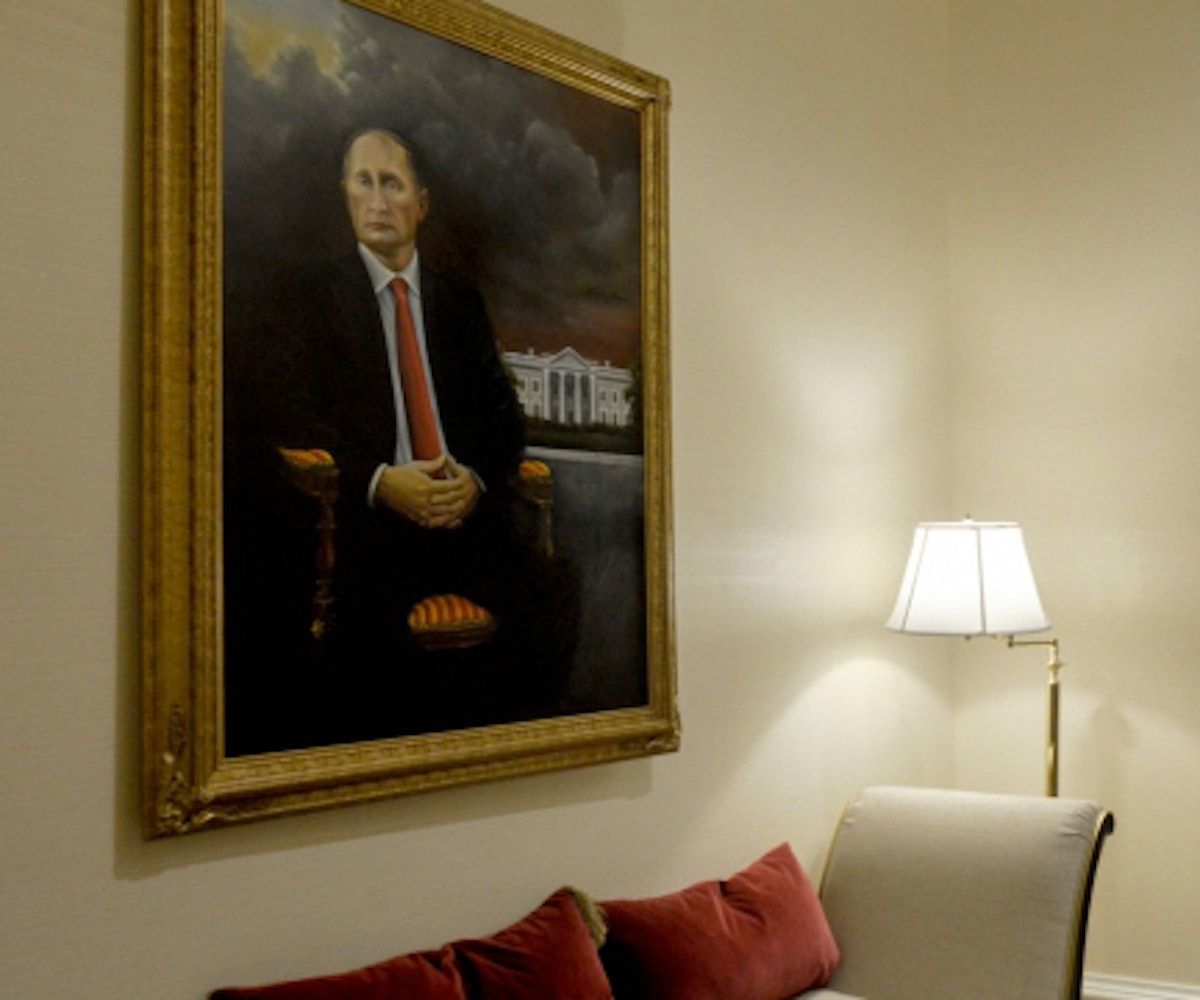 Photo via Hyperallergic and Brian Whiteley

Remember the tombstone that appeared in Central Park on Easter Sunday in 2016 bearing Donald Trump's name? Brian Whiteley, he artist behind the "Make America Hate Again" grave is back at it again, this time having allegedly placed an ode to Trump's Russian BFF inside one of his hotels without anyone noticing.

According to Whiteley, he hung a portrait of Vladimir Putin as a commentary on the "cult of authoritarianism" that surrounds those who adore Trump. The work was allegedly placed in room 435 of the Washington, D.C. Trump Hotel on August 1, and retrieved a month later. He told Hyperallergic in an email,

Numerous guests had stayed there since I placed the painting and no one had an issue with a painting of Vladimir Putin (with the White House in the background) hanging up in the President’s Hotel … steps from the White House. This all leads me to believe that the guests are completely devoted to the President no matter what policy/authoritarian he embraces. As many have said, Trump has brought about a cult of authoritarianism where he can do no wrong no matter how blatant the transgression.

One of Whiteley's friends, who wishes to remain anonymous, says that the artist booked a single night's stay in the hotel room to hang the portrait, then got drunk and invited Trump supporters back from the bar to view his work. Apparently, upon seeing the Russian figure on the wall, one of the supporters exclaimed, "Putin, fuck yeah," much to the surprise of Whiteley's friend.

When he went back at the end of the month to retrieve the painting, a.k.a., "something he had forgotten in the suite," Whiteley claims this was the first time employees had realized what he was up to. “They allowed me access," he explained, "and I was able to retrieve my painting but was forcibly removed once the manager saw what I was retrieving." Not convinced this is true? Check out all the details of the hilarious protest art stunt over at Hyperallergic.