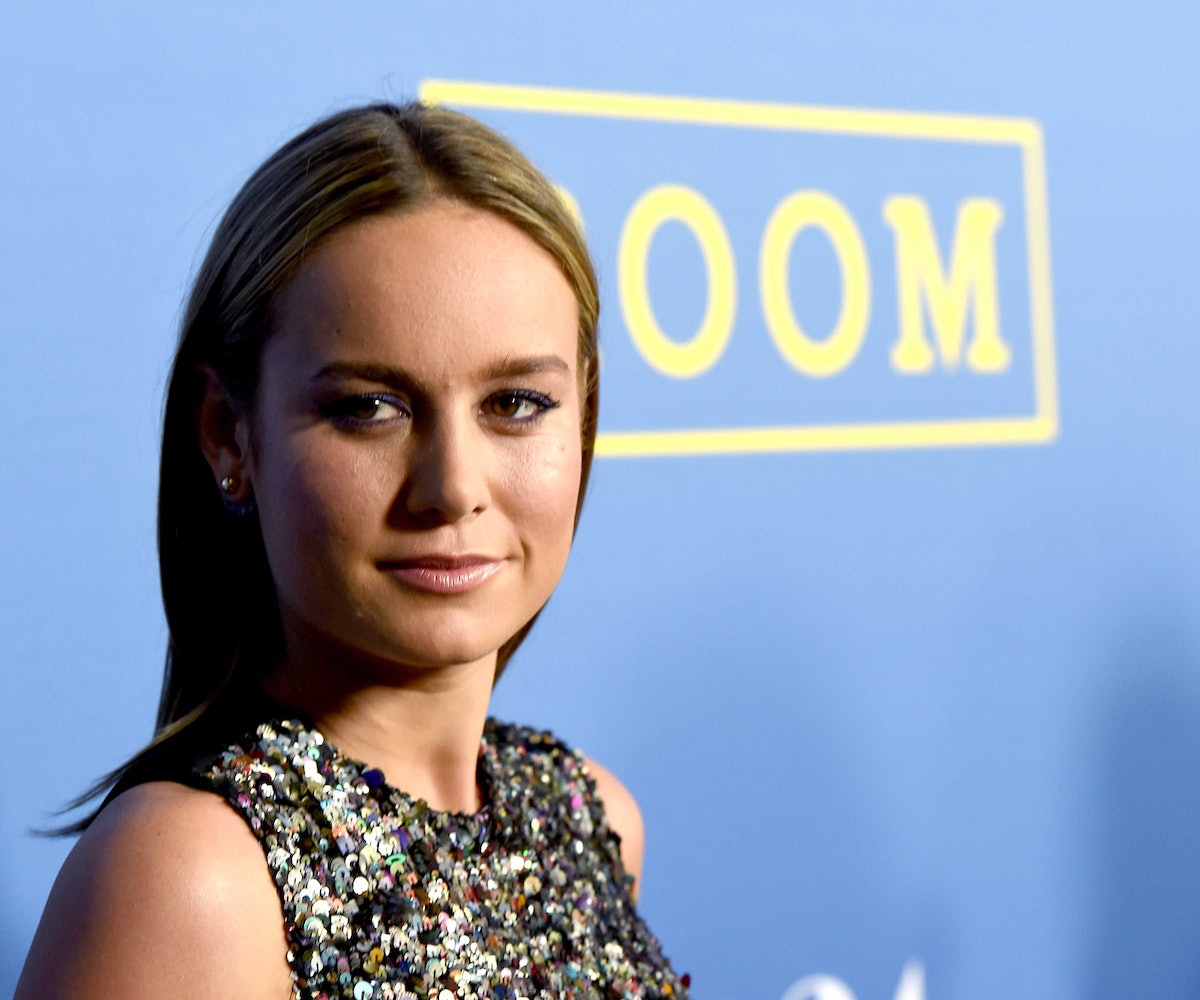 In Room, Brie Larson plays Ma, a woman who was abducted as a teenager, impregnated, and kept in a small, poorly lit shed for seven years. In an in-depth interview with BuzzFeed, Larson speaks about coming of age in Hollywood, her selectivity, being compared to Jennifer Lawrence, and the intense prep work that came with this role. And while the film itself is extremely important in its work to humanize the children of rape situations and build a greater understanding of how abduction situations impact people in different ways, the dialogue surrounding the film is perhaps more imperative.

In addition to losing weight, getting into her characters' mindset, and taking up hours of meditation, Larson also educated herself about the abuse her character would have gone through. "In researching sexual abuse while I was preparing for the movie, the thing that I kept coming across, over and over again, were girls talking about, after the fact, how they saw it coming—but they didn’t feel like they could say no," she said. Larson continued:

"And there’s this expectation for women, that, you know, when we’re in public spaces, that we will be amenable... We’ve created such a stigma around ‘strong women are bitches,’ and who wants to be that? There are certain laws and codes that are ingrained in us, and we don’t even understand that there is this option of no. It’s a word that, over the years, I’ve grown more and more comfortable with—that I’ve really grown to love very much. And it’s an incredible feeling to be put into a situation where you feel like you can’t say no, and then you go, Oh wait, I have this word I can use: No. And you walk away, and you feel like you took care of yourself. If there’s anything I’d love for more women to know, it’s to spend some time just looking in the mirror, practicing your no."

Like many celebrities, Larson also recently spoke about her issues with anxiety. "You could put me on a stage in front of 100 people and I could do a tap dance, but one-on-one was really difficult for me," she said. "And it took me most of my life to learn how to work with that anxiety, to embrace and be comfortable with it."