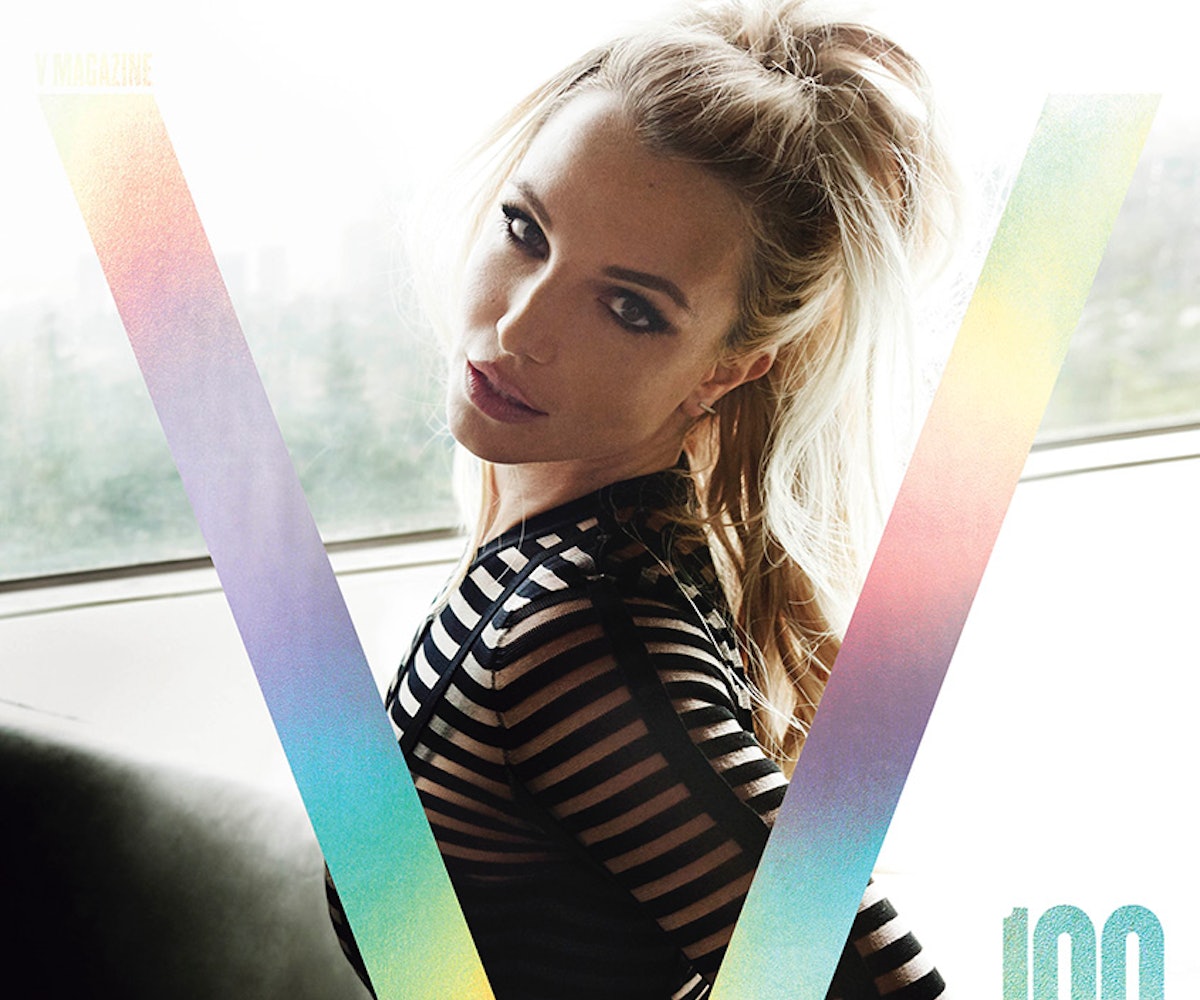 Britney Spears is the cover star for V Magazine’s  three-cover 100th issue, and we don’t think anyone could be more appropriate. When it came to choosing who would be the best fit for the cover of such a milestone issue, they clearly needed it to be someone iconic. Spears, shot by Mario Testino, looks sultry in a sheer striped Balmain bodysuit and thigh highs, with a tousled ponytail and smoky eye.

Founder and editor-in-chief Stephen Gan commented: “We had to ask ourselves, ‘Who do pop stars and musicians—who have become an integral part of what V represents—look up to and admire?’ There was only one answer: Britney! She has entered icon status, and who in our world did not grow up listening to her music?”

The megastar was interviewed by John Norris—yes, MTV’s John Norris—who first interviewed her back in 1999 for the music network—we’re having some serious late '90s nostalgia. She spoke to Norris about her forthcoming ninth studio album, which she claims is her best work yet, and the pressures of being in the spotlight for the past two decades, telling him, “I kind of don't pay attention to it. I have my relationship with God and myself and that's what matters to me. I really don't care what most people think.”

Aside from working on her new album, she's currently in the second year of her Vegas residency, which she extended for another two years this past September.

Watch out for the issue that hits stands on March 8th, or pre-order it now.