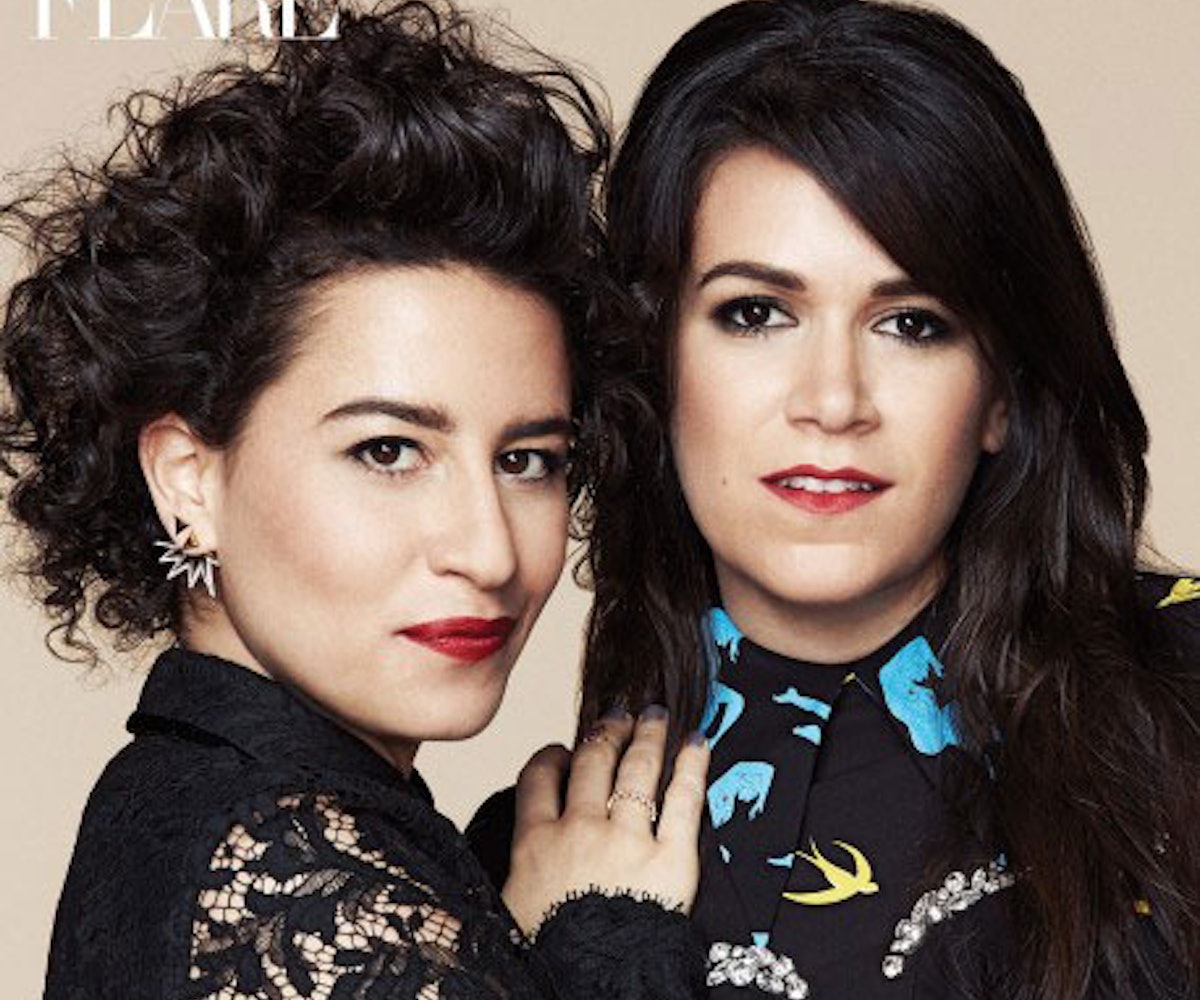 We never get enough Broad City in our lives, so to see Abbi Jacobson and Ilana Glazer on the cover of a magazine is exactly what we needed. (We consider it the best way to kick off the new year.) FLARE revealed that the comedians are on the cover of their Love + Sex issue for February 2016, which is actually a huge deal because this is their first time ever on the cover of a fashion magazine. Photographed by Danielle Levitt, we've never seen the pair look this glamorous before, but don't be fooled by their grade A makeover—they're still the same goofs that we've grown to love and adore on Comedy Central.

In the cover story, Glazer and Jacobson discuss how their friendship developed into a business partnership, how they portray being real women in the 21st century with "boob humour," and why their show is so sex-positive. As Glazer puts it, “This is very female, and I don’t give a shit. I am a woman, hear me roar." Interestingly enough, Jacobson and Glazer also explained that their characters are more of a reflection of "past versions" of themselves.

“People ask us all the time if we fight, and I’m like, it’s not a reality show,” added Glazer. “What allowed us to rise out of web series saturation was our business mentality. We took it so seriously. I’m a businesswoman, not a cat fighter.”

Broad City returns for its third season on February 23rd, 2016 at 10:00pm EST. Until then, read the entire cover story and watch a behind-the-scenes video of the photoshoot here.