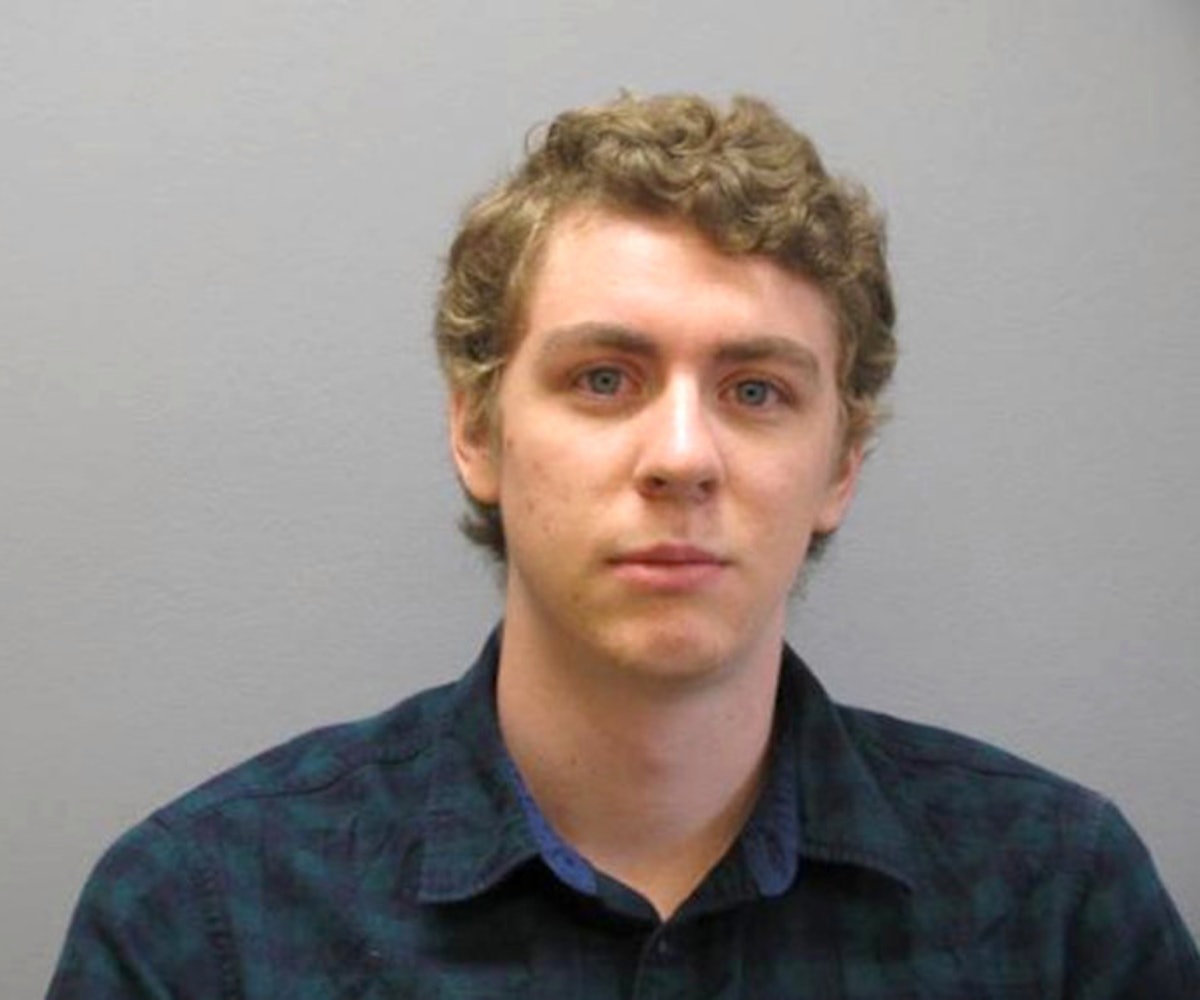 Brock Turner, the man convicted of sexually assaulting an unconscious, partially clothed woman in March of 2017 and sentenced to six months in jail, of which he only served three, is now attempting to have his verdict overturned, and his lawyer, Eric S. Multhaup, is utilizing some inventive tactics to achieve this goal. How inventive? Well, he's making up new words to describe Turner's actions.

In front of a panel of three judges, Turner’s lawyer coined the term “outercourse." According to him, and no one else, “outercourse” is defined as fully clothed sexual contact. Multhaup coined this descriptor in an attempt to redefine Turner’s actions in order to make them sound less like attempted rape, which is what he was convicted of. According to Mercury News, the lawyer asserted that, because Turner was wearing clothes when he was discovered thrusting himself on top of the half-clothed victim, he didn't want to have intercourse, and thus his actions don't warrant the sentencing he received.

Turner's sentence was decried as way too lenient by the general public and led to the recall of the judge responsible for the sentencing. But though he didn't serve much jail time, Turner doesn’t like that he now has to register as a sexual offender, another term of his conviction, which is why he's appealing the sentence and having his lawyer make up words like "outercourse."

The justices hearing the appeal don't seem to be in any hurry to call up Merriam-Webster and have the new word added to the dictionary. Mercury News states that the justices “appeared skeptical” of the defendant’s attempt to rebrand. Justice Franklin D. Elia, who was on the panel at the hearing, told Turner’s lawyer, “I absolutely don’t understand what you are talking about.” Assistant Attorney General Alisha Carlile said that Multhaup’s new word doesn’t support the facts of the case, and that he had presented a “far-fetched version of events.”

The panel has 90 days to issue a new ruling on the case.