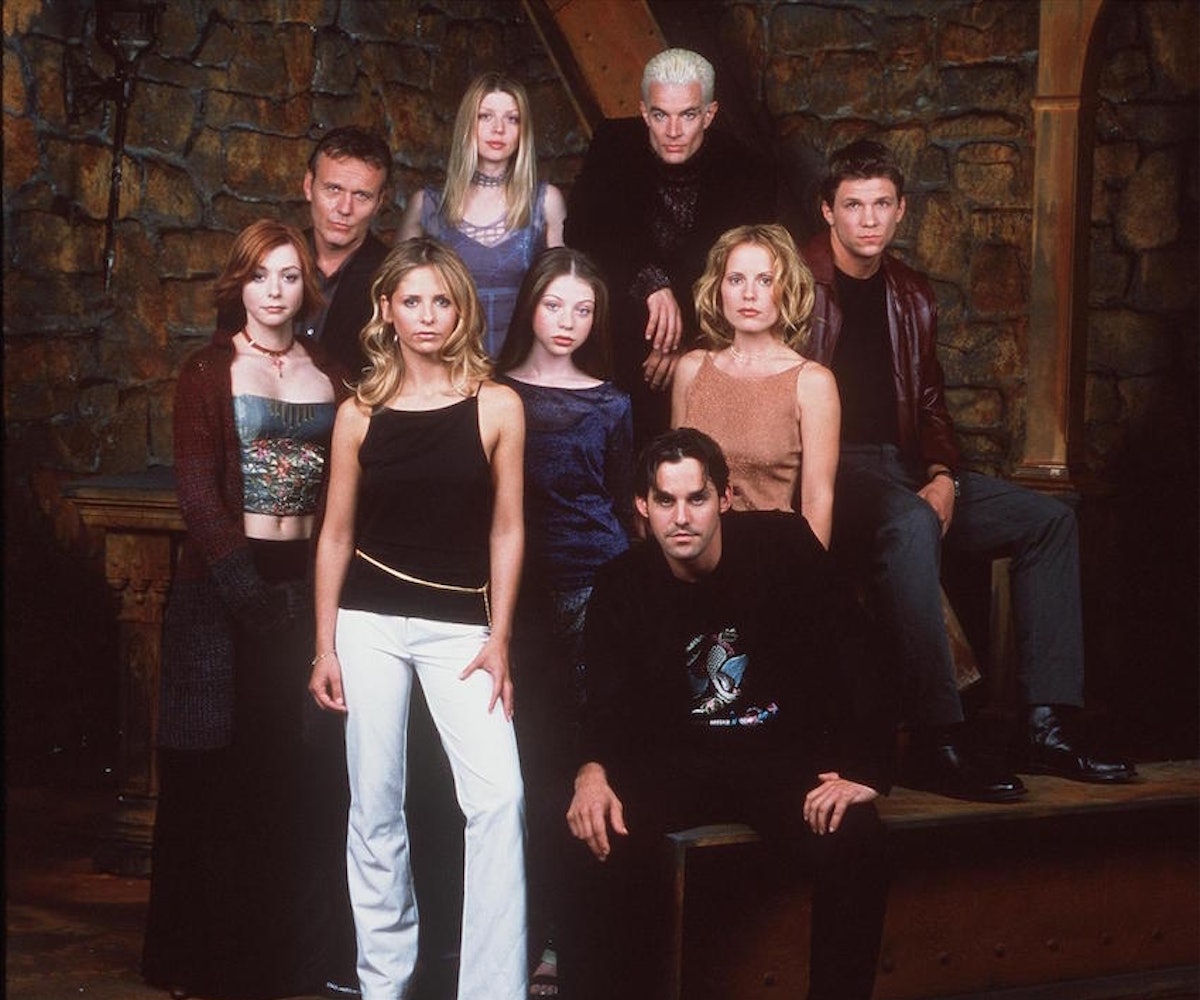 Buffy may have ended back in 2003, but it lives on today through its dedicated, fiercely loyal fanbase, and through the stars that brought it to life more than 10 years ago. The show’s star (and former NYLON cover girl), Sarah Michelle Gellar, can often be found tweeting about the show or getting fans hyped on her mom-tastic Instagram. She’s always willing to chat about the show and returns the love that her fans give her—and then some. It’s this exchange, and the continued discussions around the show, that keep it relevant in a time where we have more programs to choose from than ever before.

Buffy fans are unlike any other fans in the world, but there are hidden facts and developments that even the most devout fan might have missed. Do you think you know everything there is to know about Buffy? Check out these eight facts below, and then be completely honest with yourself: Did you know all of them?

Also, here’s a SPOILER WARNING in case you’re new to the show and are watching it for the first time on Netflix.

The vampires and magic in Buffy might not have been real, but the emotions were. Take SMG, for example. It was revealed that she would sometimes need a moment or two during and after particularly powerful (read: heartbreaking) scenes between Buffy and Angel. There’s a scene in Angel that reveals this, clearly. In the episode "I Will Remember You," Angel becomes human, much to his and Buffy’s emotional and physical satisfaction. But, in typical Joss Whedon fashion, this happy moment is quickly flipped into something awful and tragic. Long story short, Angel has to give up his newfound humanity and return to his vampiric lifestyle. Buffy cries, hard. Angel attempts to console her. The slip up—which tells of the aforementioned emotions behind the scenes—shows in the above clip at 2:33. If you listen closely, you’ll hear David (Angel) whisper, “Sarah please…” because she was legit upset.

Joss Whedon made a beautiful announcement at this year’s Comic-Con. A fan asked Whedon who his favorite character is out of all the characters he’s created. He started with, “My answer could change daily. It could never stop changing.” But then he gave Buffy fans all the life they’ll ever need when he added, rhetorically, “How can I not [say] Buffy?” We knew it, Joss.

ANGEL! Well, at least according to Gellar, who should know a thing or two since she played the series’ titular character. In her "Ask Me Anything (AMA)" on Reddit last year, Gellar was sent questions of all sorts, but arguably the most controversial question was also the shortest: “Spike or Angel?” Her answer was just as short, but it made a big splash. She picked Angel. It was simultaneously the sweetest and most earth-shattering thing ever, depending on where you stand. Sorry, Spuffy fans!

Buffy and Willow Are Always There

Sarah Michelle Gellar is the only person to have appeared in all 145 episodes, including the unaired pilot. As far as all 144 aired episodes, Buffy and Willow are the only two with perfect attendance, having appeared in every episode. Xander comes in close, missing only one episode. Do you know which one he missed? Check the IMDB page if you’re stumped.

Believe it or not, James Marsters (Spike) is not actually British. The London accent he used on the show was not his own—it was taught to him by co-star Anthony Stewart Head (Giles). Even when he’s not Giles, Head is still schooling all the children.

Buffy and a Black Belt

Gellar isn’t so different from the butt-kicking character she played on TV. Buffy can fight, and so can Gellar. In fact, she has a black belt in Taekwondo. She also studied kickboxing, street fighting, boxing, and gymnastics. Basically, she was totally ready to play Buffy.

Buffy has always been an icon of girl power and stomping down the patriarchy. Nothing says this more—especially for this generation—than Buffy’s role in the popular dude-centric Call of Duty (COD) video game series. In the game’s "Zombies mode," where you play as one of four characters and, you guessed it, fight zombies, COD decided to feature horror icons to take the classic system up a notch or two. Buffy was one of these four, making her the first playable woman in the entie series.

When Gellar first auditioned for Joss Whedon and co. for her part on the show, she received a call back for the role of…Cordelia? The casting directors thought she would be better suited as Cordy. However, after a few more screen tests, she snagged her rightful role as Buffy. One can only wonder how Gellar would’ve done as Cordelia and who would’ve ultimately been Buffy.

NEXT UP
Entertainment
TikTok's Wednesday Dance Trend Is Giving '80s Band The Cramps A Second Life
Shopping
49 Cool Things Under $30 That You'll Get A Sh*t Ton Of Use Out Of
Culture
Death Cab For Cutie & Postal Service Are Co-Headlining A 20th Anniversary Tour
Nylon Nights
NYLON Party Report Card: Hublot Brings the World Cup to Art Basel Miami