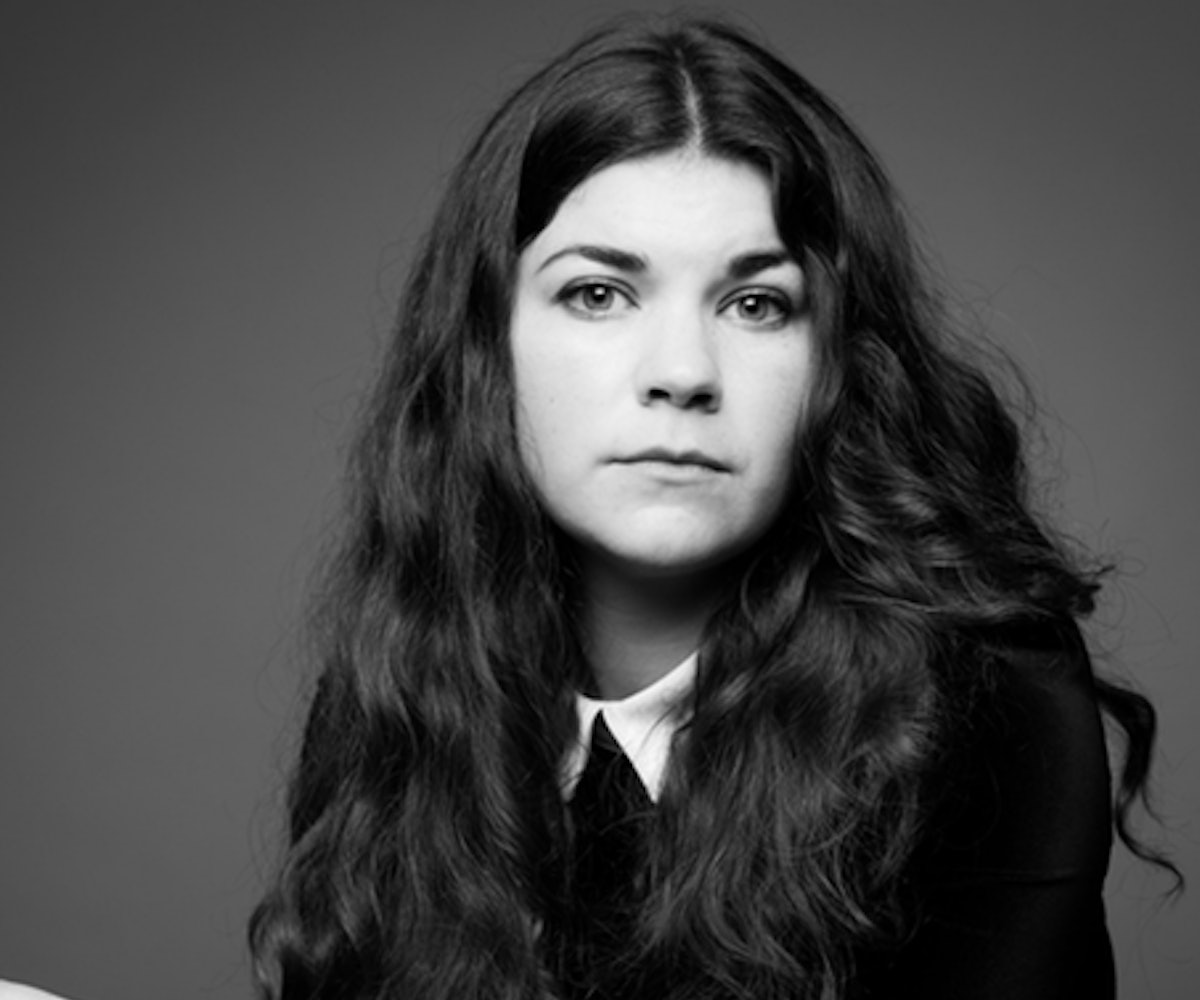 We're living—and reading—in a new golden age of suspense literature; writers like Tana French, Sarah Waters, and Gillian Flynn have created a real cultural moment thanks to their twistily plotted, beautifully written—and incredibly popular—novels. We're the first to admit that we're big fans of edge-of-your-seat page-turners, but it's time to move beyond the genre-defining works of years past and dive into the genre-defying suspense books that are coming out now.

All of which is to say: If you haven't yet, pick up a copy of Caite Dolan-Leach's debut novel, Dead Letters, and read what is the perfect example a modern ghost story—only without a ghost. Dead Letters revolves around identical twins Ava and Zelda Antipova, their hyper-dysfunctional family, and the mysterious barn fire which appears to have killed Zelda—only, if it did, then why is Ava receiving messages from her twin beyond the grave? Dolan-Leach skillfully constructs a narrative that feels like a scavenger hunt not only for the characters but for the reader. I tore through the book in a mere two days, so eager was I to find out if my theories about Zelda's disappearance were accurate, and so immersed was I in the dark secrets that lay within the Antipova family (all of whom are pretty much always heavily under the influence of the wine they make at their vineyard, in the Finger Lakes region of New York State). Like French and Waters, Dolan-Leach subverts many expectations of what a suspense novel is supposed to be, in that her writing is lyrical, her references are elevated and even esoteric, and she works within what are often thought to be purely literary conventions. Add all of this on to a gripping story line, whose outcome remains a mystery till the final pages, and you get one of the most exciting debuts to come along in some time.

Below, I discussed Dead Letters with Dolan-Leach, what it means to be working within the suspense genre, and what it's like to be writing from the point of view of an incredibly unreliable narrator.

What was your initial inspiration for this book?

The first 10 or 15 pages sort of just appeared one day; I could hear Ava and Zelda speaking to each other, and they were both so damn loud! After I realized they still had a lot to say, I decided to let the rest of the story play out and let them continue their conversation. It got weirder from there.

What attracts you to suspense as a genre?

Any book you feel compelled to finish needs to create narrative desire—that feeling that you have to know what happens, know where the story is going. Suspense is one of the most forceful ways to create this desire, and that compulsion to turn pages is one of my favorite feelings.

Dead Letters has such a specific structure, in that it's framed around the letters of the alphabet, but within that framework, some incredibly wild things happen. Was it liberating in some ways to work within such a structure?

Yeah, absolutely. One of the inspirations for Dead Letters is the OuLiPo movement, a French literary group who believed that constraint and limitation generate more creative writing; Ava is writing her dissertation on these dudes and on Edgar Allen Poe, incidentally. Though I didn’t intend to put the Oulipian philosophy to the test, I found that as I was writing these alphabetical clues, clues which had to occur in structured and organized ways, I was able to experiment and find out more about my characters and what they were up to. Certainly writing the pangrams required a very different type of creativity.

How do you go about writing a book like this? Did you know the ending as soon as you started? Were there any narrative surprises for you along the way?

I definitely encountered a few plot twists that I didn’t know about when I began—the biggest reveal for me was the alphabetical structure, which I figured out about the same time as Ava did. The ending was more or less how I imagined it at the beginning, but getting from those first few pages—from Ava’s return home— to those final scenes was fairly suspenseful for me!

While this book is pretty much the epitome of a page-turner, it doesn't sacrifice any of its literary integrity. How do you feel about being a part of a genre that's really starting to explode in popularity?

I love that tense, dark thrillers written by women are having a bit of a cultural moment. Clearly, people are hungry for this type of fiction—books that have a lot of plot and creepiness, but that are still invested in language and those traditionally “literary” conventions that people often still tend to think are the sole purview of literary fiction. I’d love to see some of those fussy ideas about genre dissolve.

This book is set in New York's Finger Lakes region; what makes that area so special to you?

I spent the first 17 years of my life in the Finger Lakes, about eight miles from where the fictitious Silenus is supposed to be located, and it’s where I’m living right now. It’s a really peculiar part of the world, a place that is cinematically beautiful but is also socio-economically quite complex and weird. I’d love to see more books and movies set in these parts.

Was there something specific that appealed to you about writing about twins?

I was most interested in thinking about twins as a literary device; when you have two identical people, you are forced to think about identity very differently, and the idea of “the double” gets deployed in some of the best Gothic and surreal fiction as a way of disrupting what we consider to be reality. Twins are also the closest relationship you can imagine having—not just sharing a womb, a childhood, a history, but literally sharing your genes. I wanted to see what happens when that closeness is interrupted.

Did you ever consider writing the book in the third person, rather than from the point of view of Ava?

The story just wouldn’t work from anyone else’s POV; so much of the plot relies on Ava’s misreadings—of the past, of the clues, of herself and her sister. Without her particular set of blinkers, we would get a very different version of the narrative, and since the story is constructed for her, and eventually by her, it would be very dislocating and strange, I think, to have it told by someone else.

How do you think being in Ava's head affects the point of view of the reader? Are there things we might miss because of the inherently unreliable narration of a first-person POV?

Definitely. Ava is essentially a bad reader; she misses things, reads into the wrong things, and ignores the important ones. One of the reasons I think—hope—that the book moves so quickly is that Ava is rushing through it, desperate to get to the end and the solution of the puzzle. In her haste, she misses some really crucial details, and the reader is left trying to fit together some pieces that won’t ever necessarily add up. Also, she’s sozzled for most of the book, and not always the most lucid.

What was your favorite part of the book to write?

When I sat down to type out the beginning, it was so fully formed that it was hard not to feel caught up in writing it; as I worked through the draft, there were eventually so many moving pieces that I had to slow down and focus on details, but in the beginning, it was just Ava and Zelda, launching all these words at each other. I got to just live with their voices, and wonder what they were up to.