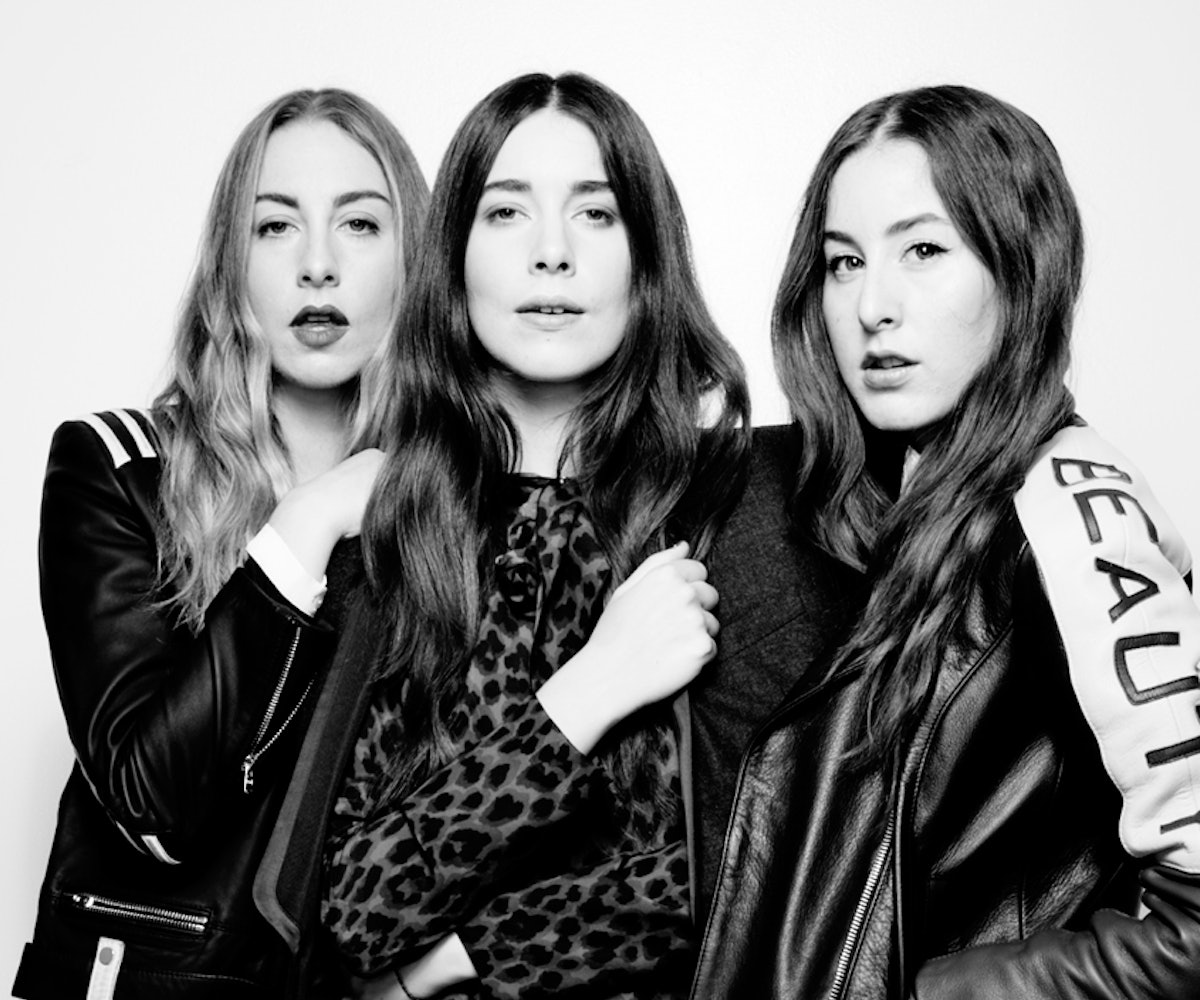 Calvin Harris is a bit of a wizard. By combing his mixing magic in with the musical stylings of Rihanna, Florence Welch, Ellie Goulding, and basically every other super-cool chart-topper you can imagine, he’s taken over party playlists across the globe. And given his latest collaboration with HAIM, one thing is for sure: Calvin Harris has given you another new Friday night anthem.

Originally released at the end of November, “Pray to God” shows us a refreshing new side to one of our favorite girl bands. Don’t get us wrong: We love jamming out to HAIM’s “The Wire” and “Days Are Gone”—but Harris’s instrumentals give these rad gals a cool electric twist. With a keyboard-tinged chorus and bumping bassline, the track stays true to Harris and HAIM both. The sisters maintain their signature bold-voiced harmonies and breathy high notes while the Scottish DJ adds just the right mix of electronica and indie rock influences. Basically, it’s a song perfectly suited for both Top 40 radio and your carefully curated Spotify playlist.

The music video, released today, shows the Haim sisters in a strange alternate universe—one where apocalyptic cliffsides transform to snowy mountains, bear-ridden forests, and columned caves. And, of course, there are some awesome hair whipping action and radical dance moves.