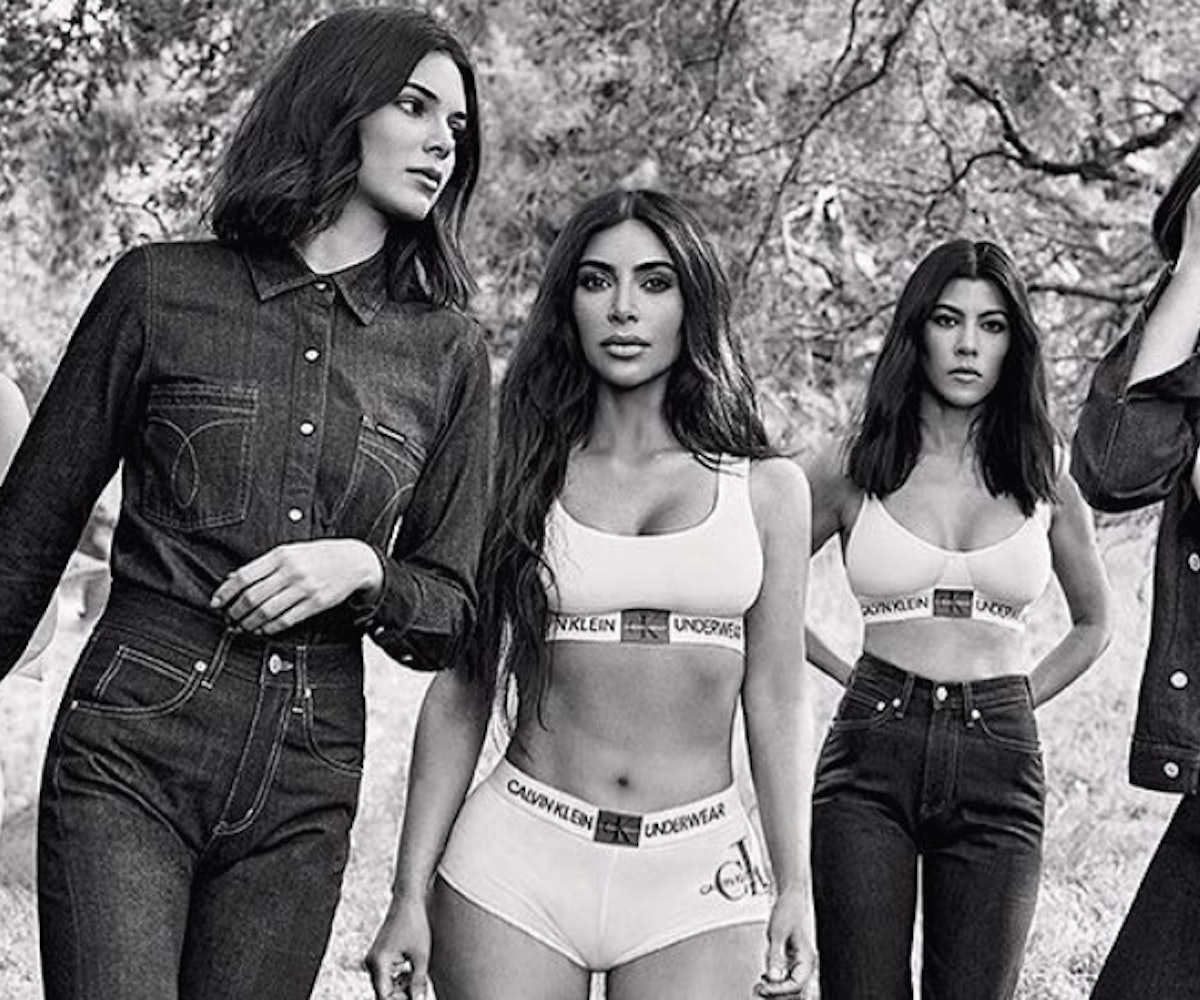 Calvin Klein has responded to accusations that Kourtney Kardashian's arm was poorly Photoshopped in the latest #MyCalvins campaign.

Earlier this week, the brand released a series of black-and-white images featuring the Kardashian-Jenner sisters posing in various Calvin Klein looks. Originally taken in March by Willy Vanderperre, the photos have elicited mixed reactions, with some calling them "stunning," and others expressing their confusion with certain artistic choices.

One image, in particular, set the internet ablaze with speculation that the photo retouchers did Kourtney dirty. In one image, all five sisters can be seen posing together. And while they all look great, fans were quick to notice a pretty strange "Photoshop fail" that left people wondering where exactly Kourtney's right arm went:

However, Calvin Klein says that her arm is just fine. In a statement to Insider, the brand explained that the optical illusion is a result of the combination of lighting and low photo resolution.

"As you'll see from the high-res version of the image, there are no issues with Kourtney's arm," Calvin Klein said, in addition to providing a zoomed-in look at the high-resolution image. "However, the light is hitting it which makes it slightly less defined. Unfortunately, when the image is posted to social media in a lower-resolution format, the shape of her arm loses its definition, creating the effect which social media users have commented on." Check out the photo it provided, below.