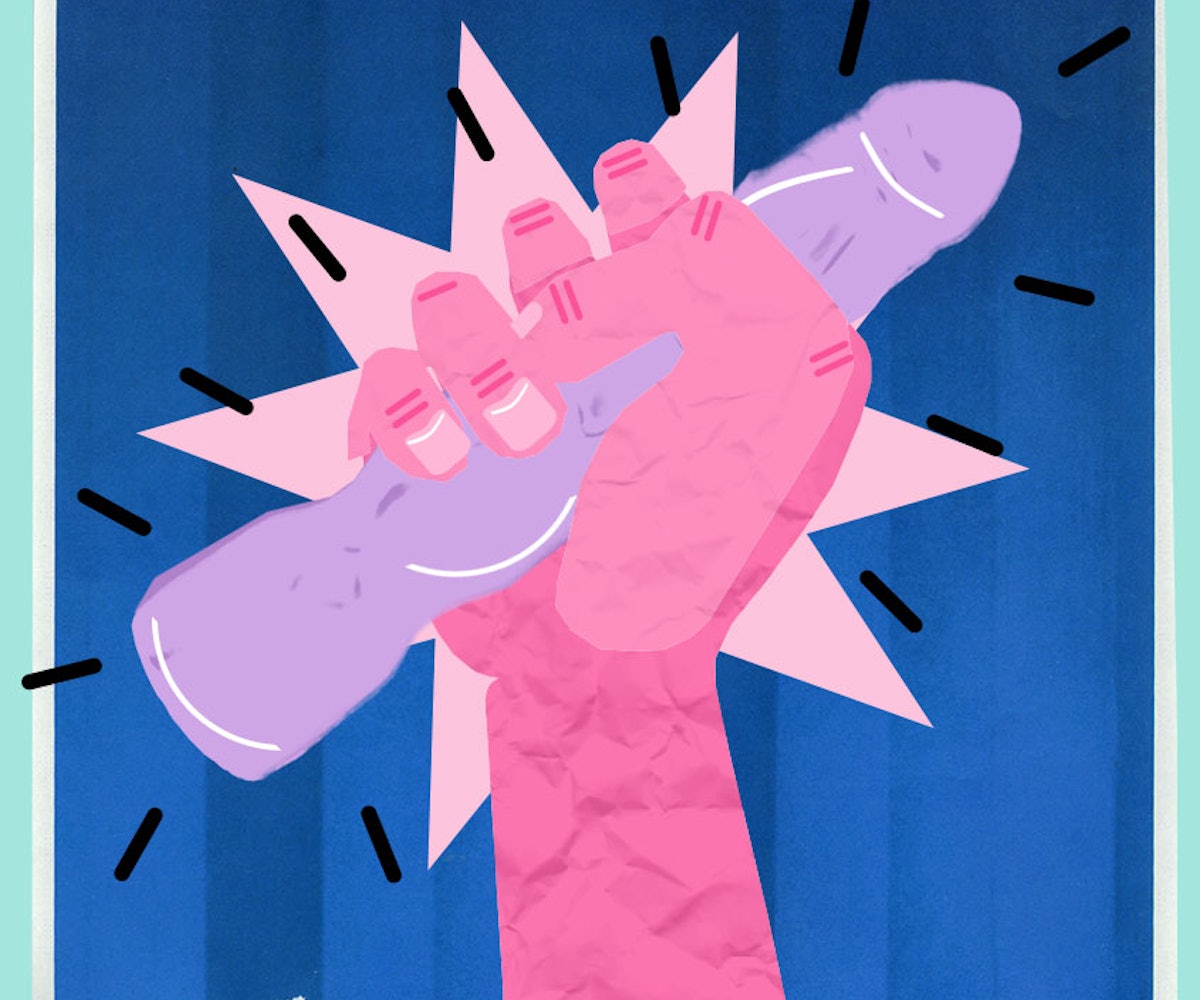 The 24-year-old has undergone a pretty stressful few weeks since news of the event broke out on the Internet, but that hasn't stopped her or the 9.9k attendees from talking about it. We spoke to Jin over email while she was in the midst of a mini road trip to find out more about how she came up with this bold act of solidarity.

Honestly, this all began as a knee-jerk reaction to the school shootings over the last two weeks. It was a simple joke that didn't require much thought to develop. It just happened to hit the nail right on the head, and I'm not going to pretend to take credit for any sort of calculated brilliance. I've now had a lot more time to think about it the meaning of this movement and why it caught on so quickly.

Why do you think that the new campus gun law is a problem? What have you heard students saying about it?

People on both sides of this debate are extremely passionate about it, because they all feel that their safety is at risk. Some feel that without a gun, they'll be exposed and vulnerable to attack. There isn't enough faith in existing systems to keep them safe from would-be attackers. Others feel that classrooms full of concealed murder weapons will quash the free speech that is paramount to the learning and discussion that takes place in university classrooms. They also believe that the potential for accidents, the escalation of stakes in otherwise normal confrontations, and the risk of creating more harm and chaos in emergency situations, completely outweigh the minuscule risk of being unarmed in a mass-shooter situation.

I think they're all right. Their feelings are valid because they feel them. But I think the frustration and fear are being misdirected. We are on a speeding train towards a reality in which true equality—where we all feel the same amount of safety and empowerment—means the arming of every single man, woman, and child in America. The possession of a gun gives you power over every person around who doesn't also have one. Their fates can be in your hands, should you so choose. That is not equality. People shouldn't be angry at the universal innate need for safety that has naturally manifested itself in the poles of the debate. We should all respect the desire to feel safe. What people should be angry about, however, is that we're still squabbling about this while bullets keep winding up in the bodies of young people every single day, no matter whether they are in a classroom or in the streets. It just needs to stop.

We've been told by lawmakers that we simply have to accept and resign to the fear that we all live in. We have to account for our own survival by arming ourselves, because it's become clear that nobody is going to devote the energy to the long-term battle of dealing with the real sources of our collective insecurities. This is so self-defeating, because we're doing exactly what our parents have teased us about all this time: If your friends all jumped off a bridge, would you jump, too? If your neighbors have armed themselves because they're scared, shouldn't you arm yourself, too? So now, we're all shoving guns into our backpacks on our way to school and bickering amongst ourselves, and we look like a bunch of dildos. We need to make the decision to reject this reality, and commit as a society to the undeniably painstaking work required to begin the reversal of the fear-based proliferation of gun ownership in this country. We're so much better than this.

Has the UT-Austin administration given you any backlash for the event?

UT has said that they're going to be treating this as an act of free speech, and they won't be doing anything about it as long as it remains peaceful.

NEXT UP
Life
May’s 2022 New Moon In Gemini Brings Clarity To The Cosmic Chaos
Fashion
Salehe Bembury’s Coveted Crocs Are Back Again, Here’s How To Get A Pair
Entertainment
Julia Fox & Kathy Griffin Support Amber Heard In Johnny Depp Trial
Entertainment
'SNL' Says Goodbye To A Generation Of Cast Members