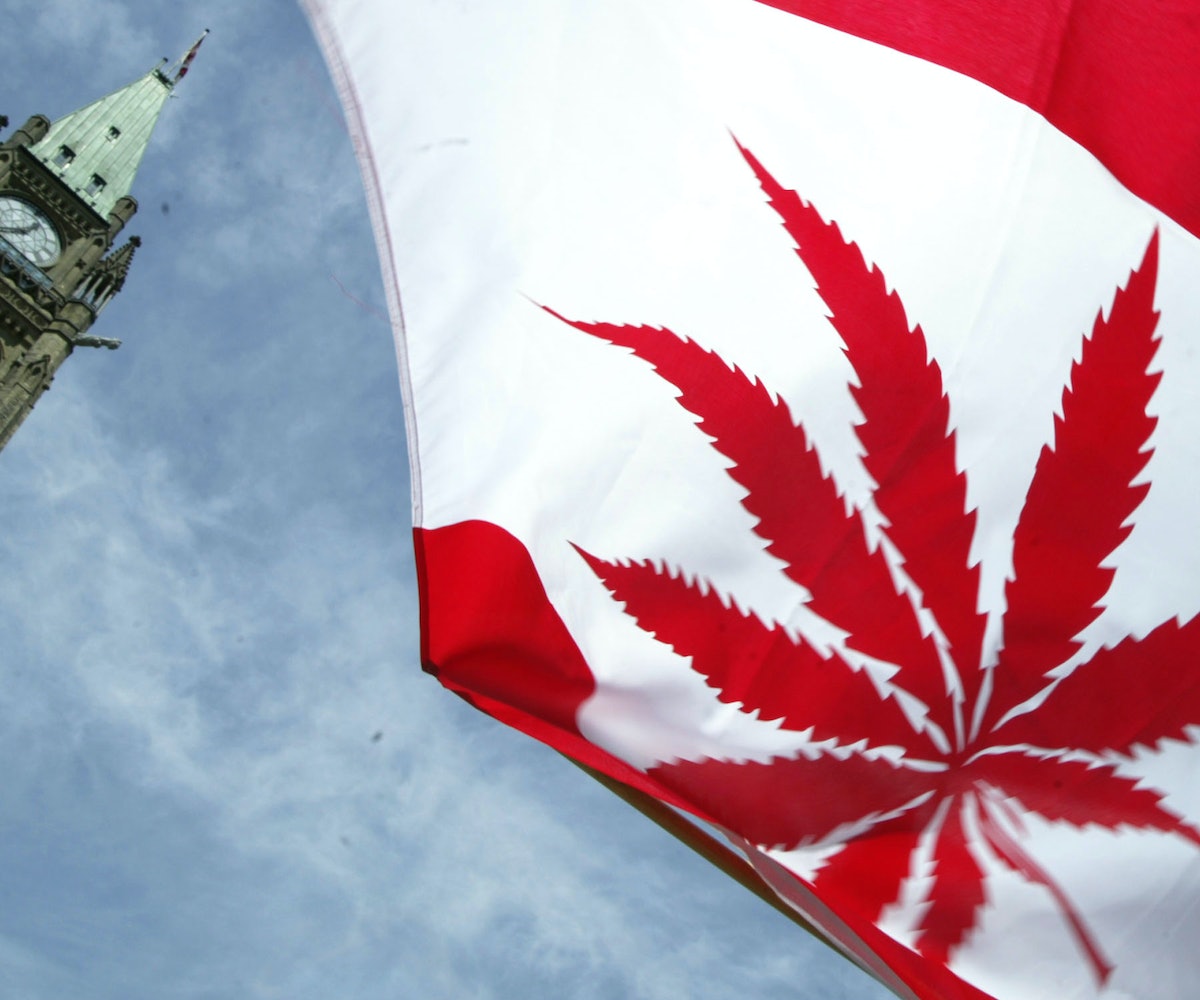 Canada just became the first major nation to legalize recreational marijuana. As long as you're 18 years or older, now you can carry and share up to 30 grams of weed anywhere you want—just don't try to cross the border.

While that alone is great news for our neighbors to the north, what's even better is the news that "authorities will soon announce plans to pardon Canadians who have been convicted with possession of 30 grams or less of marijuana." However, minors are still barred from the production and sale of marijuana, not dissimilar to the laws surrounding alcohol consumption.

Another benefit of legalizing marijuana is that Canada's newest industry is predicted to be worth $4 billion. CNN says that, in the United States, where marijuana is legal in nine states and the District of Columbia, "the pot industry took in nearly $9 billion in sales in 2017," making it pretty clear that it would be a huge economic boon for the country should cannabis be legalized nationwide. CNN also notes that revenue from U.S. pot industry sales "is equivalent to the entire snack bar industry." And when you think about it, if pot was legalized, not only would its revenue numbers go up, but, probably, those for the snack industry would too. Talk about a win-win.