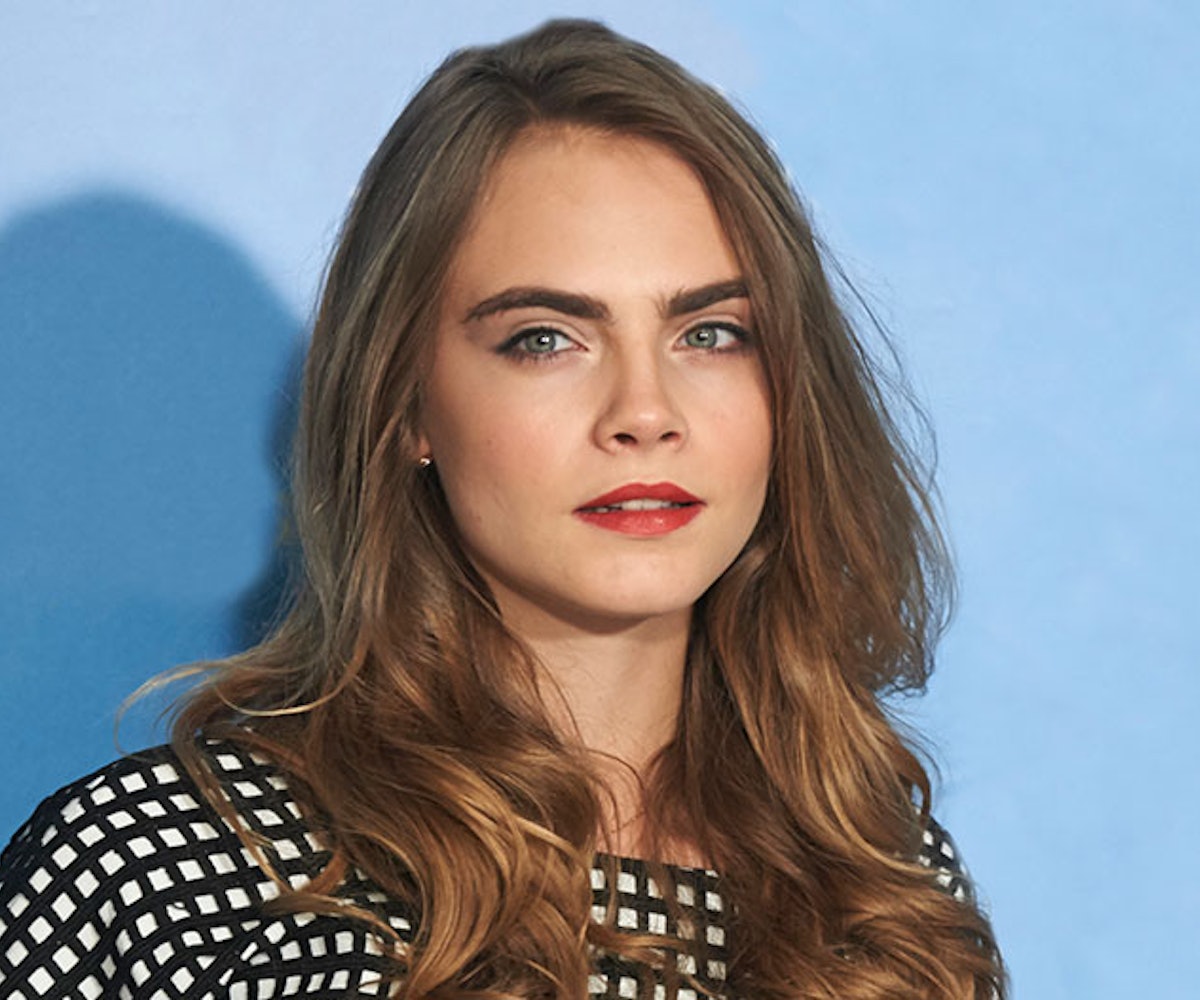 Fashion designer Stella McCartney told Vogue that Cara Delevingne “has a fearlessness about projecting what she stands for." She adds that quality is “so rare.” Indeed, Delevingne’s breed of supermodel is made for the digital, oversharing age. She’s been vocal about her past drug use and, more recently, her sexuality. Yet, her frank discussion about her bisexuality in her Vogue cover story cover (the one McCartney is quoted in) was interpreted—like an unfortunate number of bisexual coming outs—as a "phase."

Delevingne set the record—forgive us—straight in a recent interview with The New York Times while promoting her new movie, Paper Towns. The model-turned-actress explained to the Times’ Logan Hill that she found “nothing malicious” in the Vogue profile. (The Internet begged to differ; over 21K people signed an online petition to make the fashion publication apologize to its July cover star.) Delevingne made it clear to the Times that her “sexuality is not a phase.” Her final word on the subject being, “I am who I am.”

cara delevingne talks about growing up