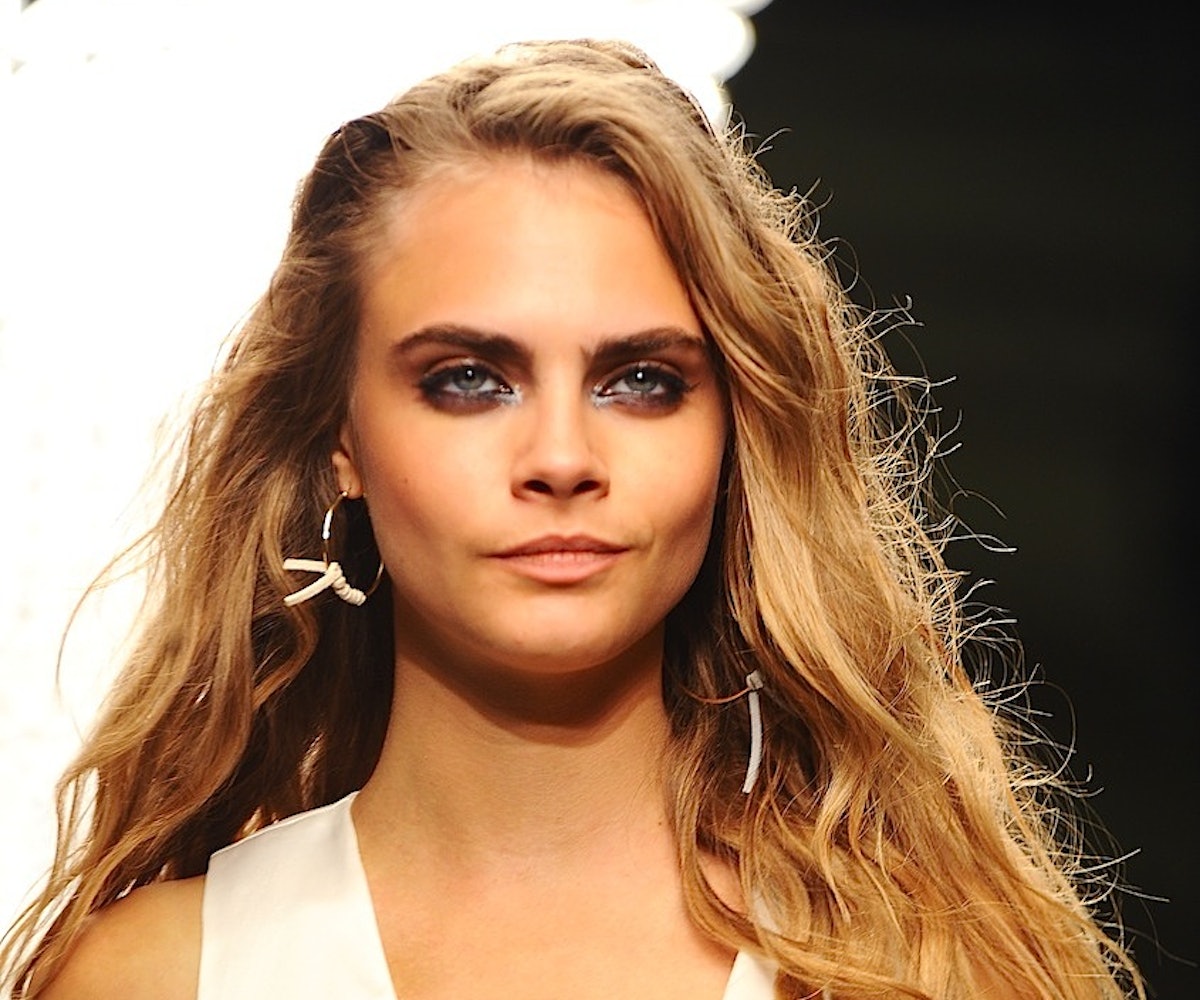 Despite previous reports, turns out Cara Delevingne actually won't be playing Amanda Knox in the new biographical flick The Face of an Angel. Instead the model will portray a British student who's somehow also involved in the crime. According to director Michael Winterbottom, "The character is someone who has their whole life ahead of them: young, enthusiastic, relaxed with a real sense of fun - and that is Cara," he said. "The character is such a free spirit. She has a real sense of spontaneity. Cara has that sense." (VOGUE UK)

Hot on the heels (heh) of Toms shoes and new sunglasses collection, the brand is taking this "one for one" philosophy a step further (sorry, had to!) with Toms Marketplace, a new digital shop featuring over 200 products, all of which give back in some way. From jewelry to clothing to home wares, doing good has never looked so cool. (CNN)

Sorry Lance Bass, Lady Gaga's about to steal your thunder. The star has always been one to push the boundaries--but now she's taking her out-thereness literally, by announcing she's going to perform in space in 2015. Seriously. She's planning on taking off in a Virgin Galactic ship early next year, and reportedly "has to do a month of vocal training because of the atmosphere." 3...2...1...blast off! (US Weekly)

Now that we know that Tom Ford has designed 600 custom pieces for Justin Timberlake, we're officially holding him to a much higher fashion standard. JT, we think you can handle it. (Fashionista)

A new app called Yo Belly is designed to be a "horoscope for your food." After filling out a quick survey to find out whether you fall under categories like "owl" or "bear," the app uses its "dish-to-belly matchmaking system"  to suggest restaurants and specific dishes to try out based on your answers. It might be weird, but we have a feeling it might just be the solution to those nights when you just can't decide what to order on Seamless. Get more details and download it here. (PSFK)

They might be good-looking guys and they might be in a band, but as you'll see from their new single, Brooklyn's Honduras definitely isn't your average boy band. And that's a good thing. (NYLON Guys)