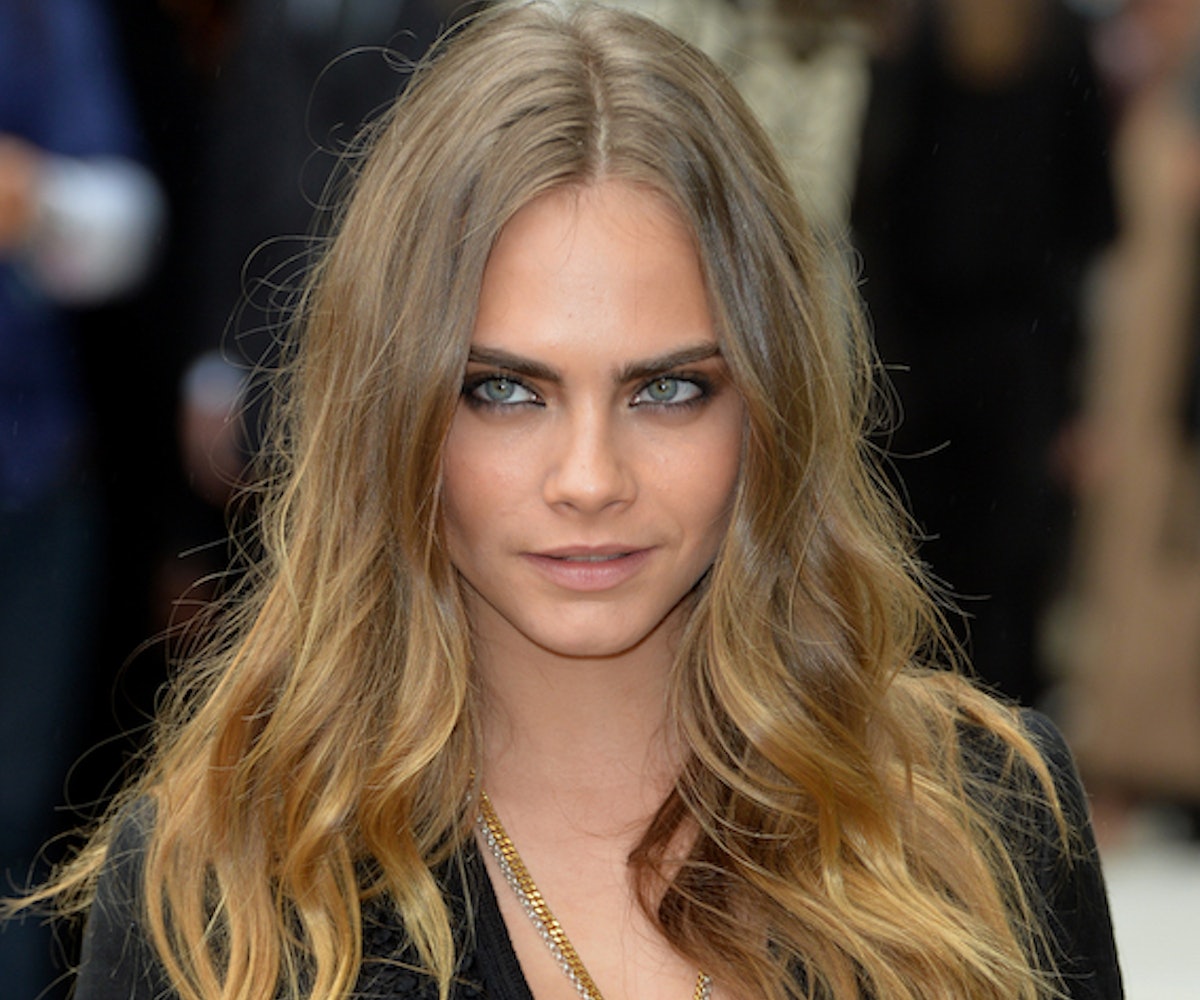 Cara Delevingne is once again turning heads, but this time in a less offensive way. Earlier this morning in Paris, the model and budding actress showed up to Chanel’s Spring-Summer 2016 Haute Couture show in a completely sheer, embroidered top with a very special guest in tow—her adorable puppy Leo. We assume only the closest to Karl, whose famous cat Choupette has reportedly made more than three million euro in a year and has her own Instagram, are allowed to seat their beloved pets front row.

However, Leo did not stay seated with Delevingne during the actual show, which we assume would be to prevent any disruptions. His carrier was seen whisking him out of the audience right before show time. The show, which was a first for the Hadid sisters, took a nod to sustainability and was housed by a completely wooden structure, which Lagerfeld said is to be recycled.