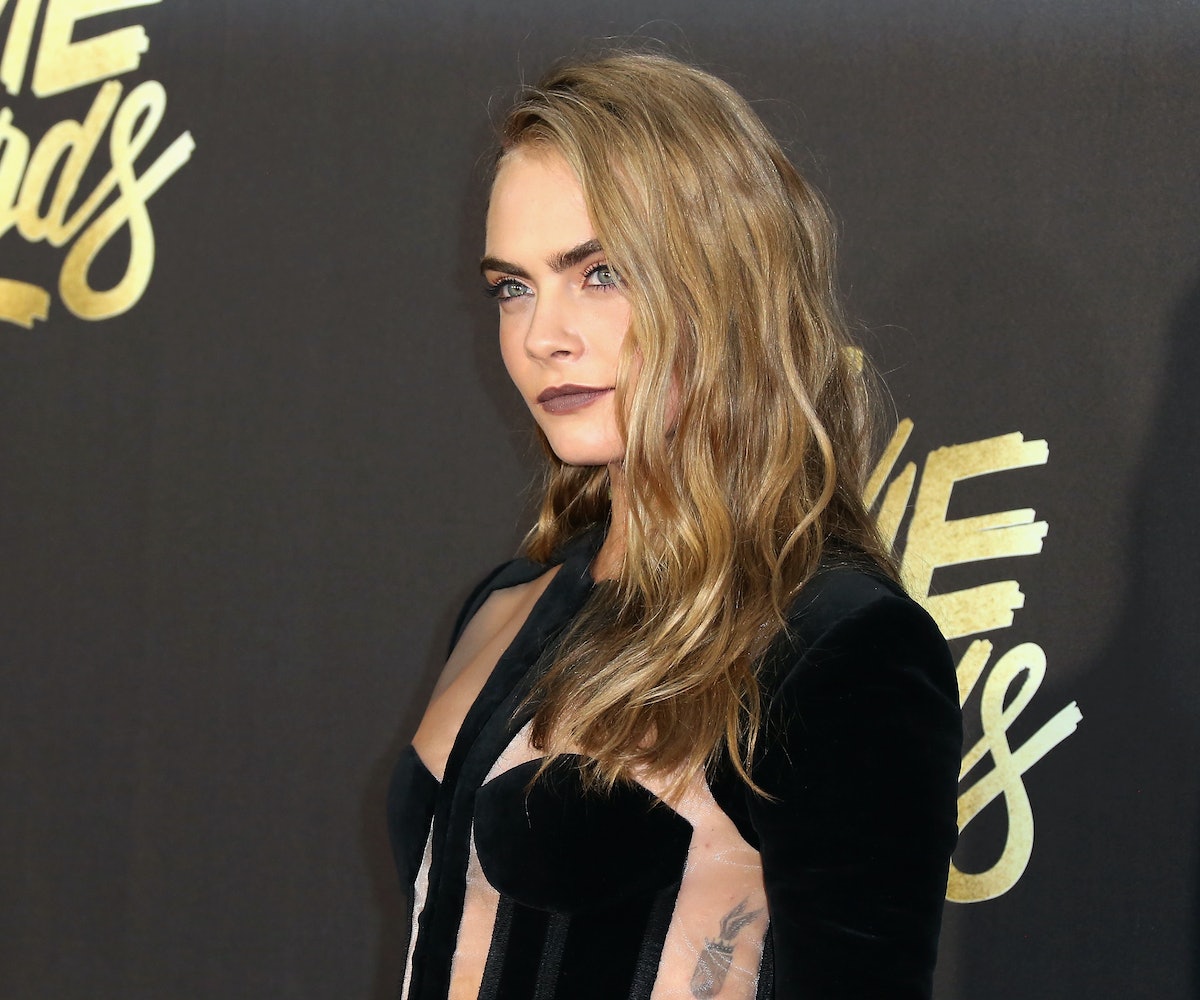 Last night, Cara Delevingne shaved a woman's head in a bizarre segment on Jimmy Kimmel Live. Could this have been foreshadowing?

Earlier today, the actress pulled a Harry Styles and posted a photo of her locks—you know, no longer attached to her head—on Instagram. The mysterious shot was captioned with the haircut emoji but shared no clues as to how short she really went. We trolled the account of tagged stylist Mara Roszak as well, but still, nothing.

However, hours later Delevingne appeared at San Diego Comic-Con to promote her upcoming film Valerian and the City of a Thousand Planets. She debuted a shiny blunt lob just before the panel, and the low-maintenance, slightly tousled look is already making rounds on Twitter.

View Delevingne's summer-ready cut below, and prepare for some hair envy. We won't blame you if you bring a pic to your next hair appointment.