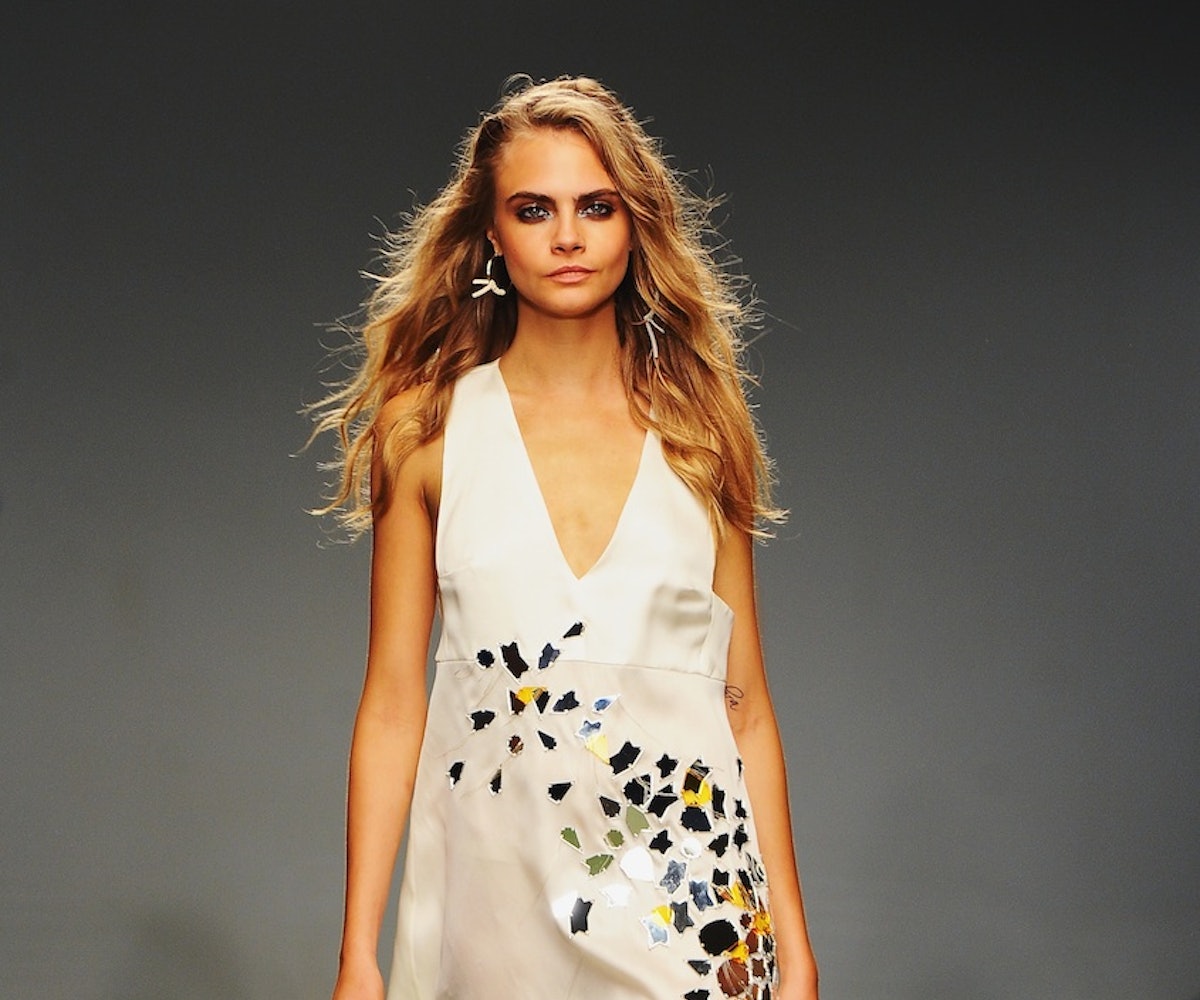 But just in case your party invite got lost in the mail, no worries, because we've got your next best thing right here. Below, check out the 22 things you (probably) didn't know about everyone's favorite gorgeous funny face below, and tonight, drink an extra glass of champagne in her honor. Cheers!

1. When she was little, she modeled for Cadbury chocolate ads.

2. She had a small acting role in Anna Karenina (which starred Keira Knightly), and now she's appearing in the new Pan remake.

3. Her first leading role was in the British film, Kids In Love.

6. Her grandfather is Sir Jocelyn Stevens, the founder of the radio station, Radio Caroline. He is also a former publisher of Queen magazine--now known as Harper's Bazaar.

7. She's roommates with Georgia May Jagger

8. And BFF with Suki Waterhouse

9. She was discovered by Sarah Doukas (the same woman who discovered Kate Moss). Sarah is the CEO of Storm Model Management and happened to be Cara's friend's mother.

11. She has a pet rabbit named Cecil (who also has an Instagram!).

12.  She got matching tattoos with Jourdan Dunn.

13. Her family nickname is "Monster."

15. It is rumored that she could be the next Bond girl.

16. She's sort of obsessed with bacon... at least according to all these snaps on Instagram.

17. She was a virtual character as a radio DJ in Grand Theft Auto V

18. She sang with Will Heard for an acoustic version of his hit track "Sonnentanz (The Sun Don't Shine)".

19. Her first photo shoot was when she was 10 years old. She modeled Philip Treacy hats for Vogue Italia and was photographed by Bruce Weber.

21. The theme of her 21st birthday? Cross-dressing.

22. And as for the kicker, Tweezer sales are declining....and Google cites her as the reason. How's that for trending power?