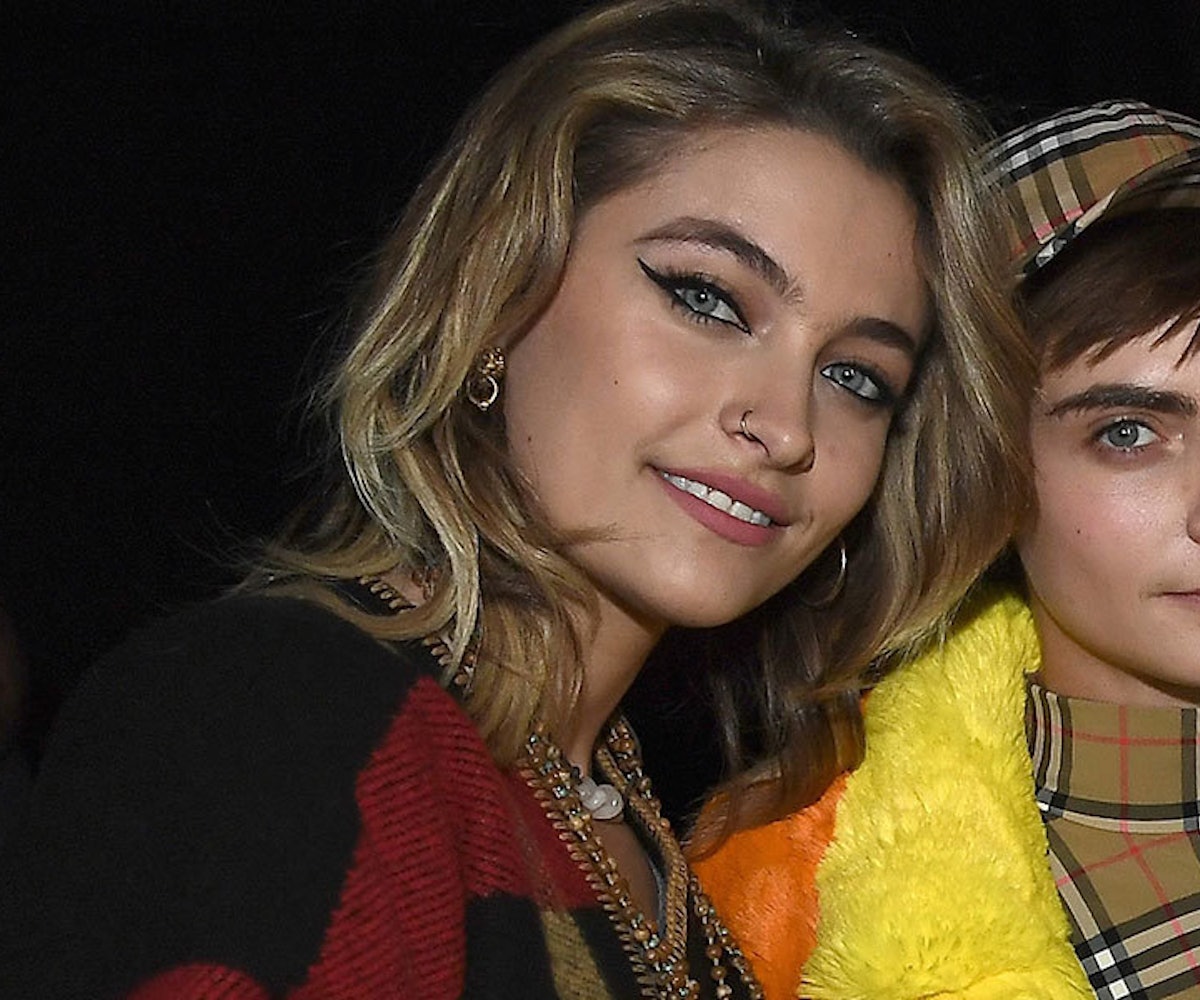 Cara Delevingne and Paris Jackson have been spotted making out, which has spurred rumors that they’re dating.

The pair was seen with child star and newly minted lifestyle website founder Macaulay Culkin (who is Jackson’s godfather) and his girlfriend Brenda Song. The Daily Mail acquired pictures that show Jackson and Delevingne dancing, hugging, and kissing while in front of a restaurant. You can also read this detailed play-by-play from an E! witness if you’re anxious for more details. To add more fuel to the alleged flame, last week, Jackson shared a picture on Instagram of Delevingne jumping on a bed, as well as an Instagram story that shows the two watching Carol in bed.

Of course, dancing, kissing, or watching a lesbian romance film doesn’t always equal dating. And, as a People source notes, the two merely have a “flirty friendship” and are not a couple. But, if we’re playing detective, we might point out the fact that this is also how we first caught wind of Delevingne and Annie Clarke’s relationship. The two were spotted making out in 2015 and dated for 18 months.

Alas, nothing is confirmed until Delevingne or Jackson do so themselves.