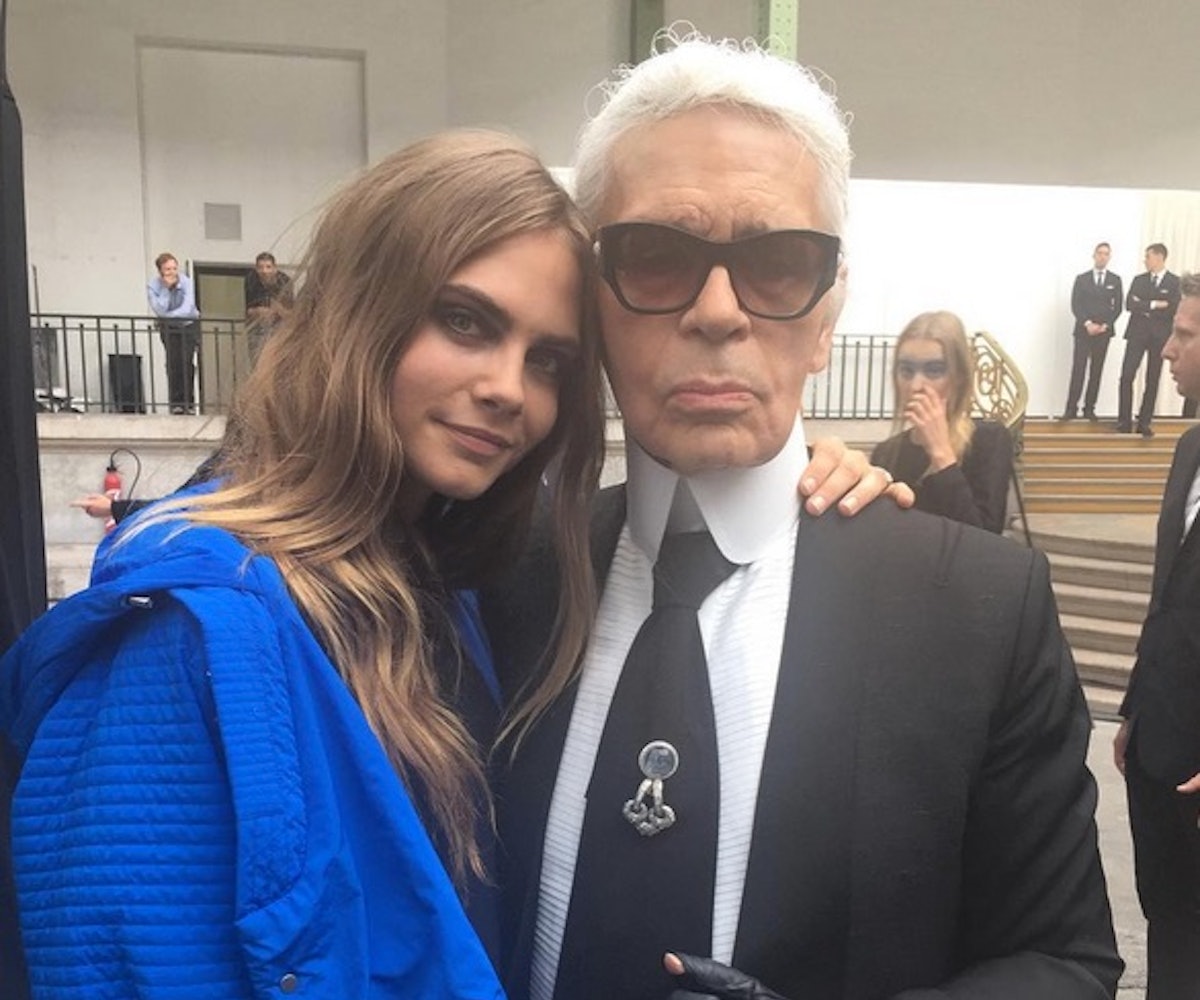 When Cara Delevingne went on a lengthy Twitter screed against the paparazzi, you knew she was reaching a breaking point. That point broke today, with footage emerging of the supermodel going out of her way to shove a photographer during Paris Fashion Week. Watch below as Delevingne expresses herself through the art of pushing.

Oh my god she did it @Caradelevingne you have no chill I love you pic.twitter.com/8LELJTvTxQ — It's all about cara (@caramademedoit) October 6, 2015

With that, Delevingne joins a long line of celebs who have physically lashed out at photographers. What makes the clip even better is that Delevingne was clad top-to-bottom in Chanel after attending the fashion house's show earlier with girlfriend St. Vincent. Back over on Twitter, Delevingne justified her actions plainly and simply.