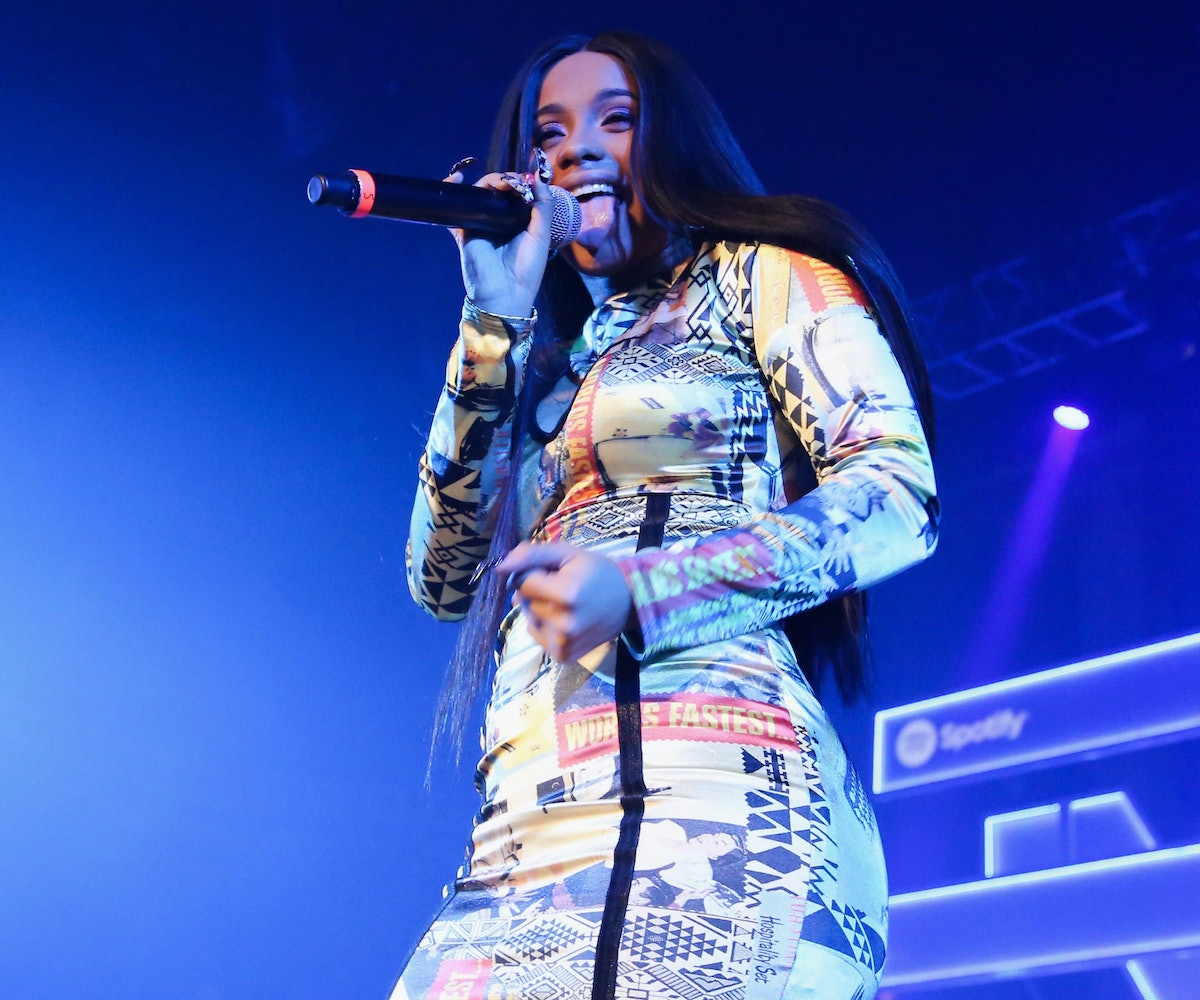 During a year of storms and shit, at least we had Cardi B. The Bronx rapper, former Love & Hip-Hop star, and history-making artist had a whirlwind year that included topping the charts and getting engaged. She managed to meet the (American) queen along the way and snag herself a couple of magazine covers. But even though 2017 was the year of Cardi, since she still owes us an album, we’ll likely be seeing plenty more of the "regular degular schmegular girl" in 2018. And, frankly, we can’t wait.

Look back on the rapper’s greatest moments here.

She signed with Atlantic Records

The rapper started off the year with a bang, by signing with Atlantic Records. She told The Fader in an interview that she had a lot of deals on the table and, ultimately, Atlantic ended up giving her the best one. "People really don't understand like, Atlantic signed me right? People don't understand that they signed me because I put out a free mixtape and it sold so much and it was free,” she said. “Like, the numbers don't lie. It's right there."

Cardi released her debut single on June 16. A week later, it debuted at number 85 on the Billboard Hot 100.

Once “Bodak Yellow” invaded the radio and became the undeniable song of the summer, the co-signs started rolling in. She was even blessed with the highest honor during the Made in America Festival: meeting Beyoncé.

She was the queen of New York Fashion Week

Sitting front row, performing at parties (including ours), showing up at Rihanna’s Diamond Ball in a gown fit for a princess, September was Cardi’s most fashionable month.

“Bodak Yellow” became the number one No. 1 song in the country

We all saw it coming, but we screamed a little anyway. At the end of September, Cardi found herself with the biggest song in the country. She knocked Taylor Swift out of the number one spot and made history by becoming the first woman since Lauryn Hill’s “Doo Wop (That Thing)” in 1998 to have a No. 1 solo rap song.

Then, to top it off, the song stayed in the top spot for three weeks, making it the longest-running No. 1 by a solo woman rapper… ever.

After securing the top spot, Cardi received congratulations from other female emcees, including Nicki Minaj, Remy Ma, Lil’ Kim, and Missy Elliott. The only female “rapper” that didn’t seem too happy with the news was Azealia Banks, but Cardi managed to shut that and her down very fast.

She graced the covers of New York, Rolling Stone, The Fader, and Billboard

The only person we can think of with more covers this year was Rihanna, and, well, that’s because she’s Rihanna.

On stage and in front of thousands of people, Cardi received the biggest ring known to man.

She snagged a Steve Madden campaign

The rapper teamed up with the fashion brand for her first (and definitely not last) collaboration. The partnership also brought us some pretty great style tip videos.

She got nominated for two Grammys

She’s up for wins in the Best Rap Song and Best Rap Performance categories.

Through lots of okurrs and comments that made Fallon nervous-laugh, Cardi managed to be her regular, lovable, uncensored self while appearing on the Tonight Show. While reflecting on her recent Grammy nominations to Fallon, the rapper also managed to sum up her whole year, saying: “I already won, what’s good?”