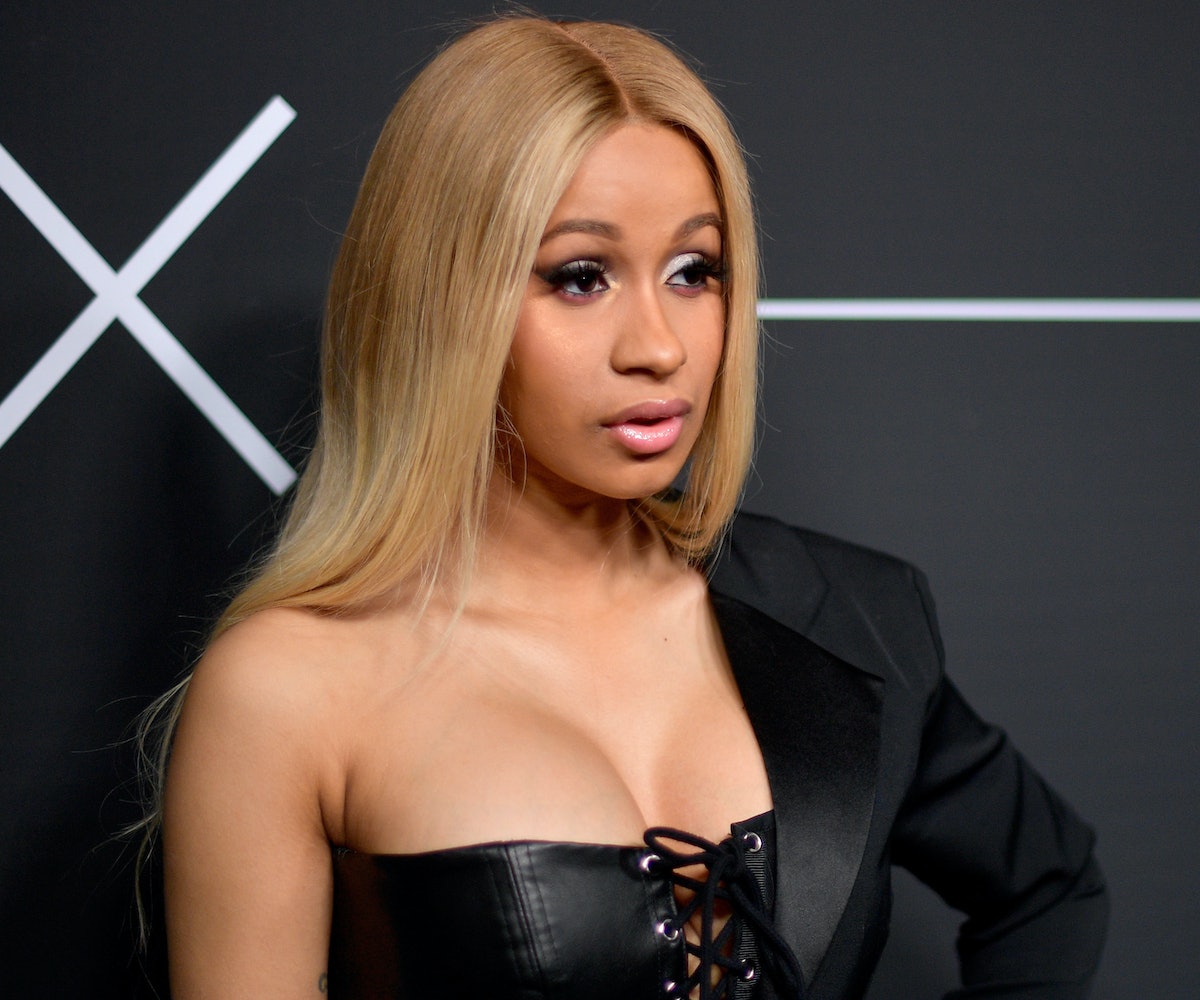 Yesterday, GQ published a lengthy feature on Cardi B, which has incurred a significant amount of criticism. Written by former staff writer Caity Weaver, who is now at The New York Times, the profile struck a nerve with many, who thought the language to be condescending and objectifying toward its subject. Writer and Full Frontal with Samantha Bee correspondent Ashley Nicole Black

that she was "SHOCKED to realize a woman had written it!" Many others on the internet agreed.

As We Are Your Voice's Lara Witt

's misstep here is what feeds into the objectification and devaluation of Black women, especially BW like Cardi B." Writer Bené Viera agreed, writing, "I just read the GQ profile on Cardi, and I’m...disappointed...Her obsession w/Cardi’s body was jarring. It bordered fetishization."

why Cardi's profile seemed more preoccupied with things other than her musical influences, process, or background, suggesting that Weaver's profile painted Cardi as little more than a viral internet sensation and personality, instead of a legitimate artist. And with sentences like "Cardi's cocktail of comedic timing, histrionic flair, and extremely large breasts made her [

]'s indisputable breakout star" and the assertion that she had "built her body for optimal viewing at medium-to-long-distance range," the writing was contentious, with one person pointing out that it was designed to treat Cardi "like some type of big act at a zoo." As comedian Yassir Lester noted, it didn't help that the "article starts with like a two paragraph description of her body before she talks about presidents." Some said it felt "like a white man wrote it."

As to the belabored emphasis on Cardi's fascination with presidents, other commenters were unhappy with the fact that the writing felt "riddled w/ shock that Cardi doesn't fit certain stereotypes." As HuffPost's Julia Craven noted, it was especially disappointing seeing as how it was Cardi's "most honest interview to date." OkayPlayer's Ivie Ani wrote that the "tonedeaf" interview also felt "hyper-focused on the assumed shock that she went to school and paid attention in history class."

But while many critics came out of the woodwork to ask why GQ let a "white person" profile Cardi, others

out that Weaver is half-black

That said, as writer

, "I know Caity Weaver's white passing but it is WILD how so many white writers who liked the piece a) haven't read pieces from black writers who covered Cardi B two to three years ago and b) how they (unsurprisingly) missed out on all the objectification and condescension."

GQ has yet to respond to the criticism.