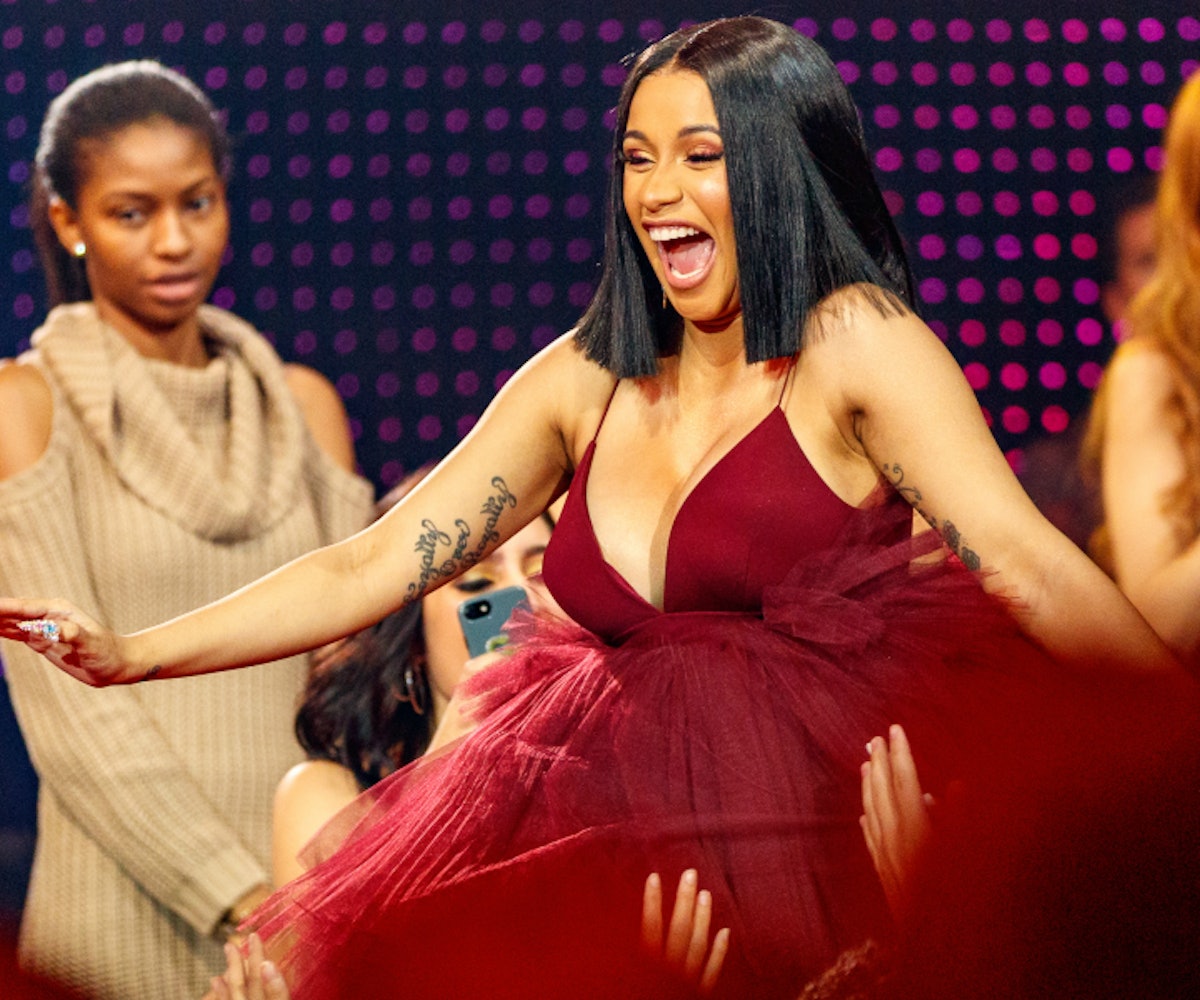 If you've been loving Cardi B's new album "Invasion of Privacy" since its release last week, you're definitely not alone—the album is already breaking streaming records on Apple Music, and those numbers are sure to continue climbing as more people tune in. According to Variety, as of Friday, "Invasion of Privacy" had over 100 million streams worldwide from its first week alone.

But of course, that's not all. "Invasion of Privacy" is now at No. 5 on the worldwide chart of most-streamed albums on Apple Music ever. And thanks to all those streams, Cardi has also totally set the new record for the most-streamed album by a female artist in one week.

This means that the rapper has also completely smashed Taylor Swift's previously held record for "Reputation," reaching more than double the streams only mid-way through its first week. It's worth noting, as Variety points out, that "Reputation" wasn't available for streaming for the first three weeks of its release which could affect these numbers, so take that comparison with a grain of salt—still, the numbers are pretty impressive.

Cardi is also on track to take the No. 1 spot on this week's albums chart, becoming the fifth female rapper to ever top the Billboard 200—along with Lauryn Hill, Eve, Foxy Brown and Nicki Minaj (who has topped it twice.)

Considering all that and the fact that she's about to perform at Coachella—and just happily announced her pregnancy on SNL looking like a true queen and totally slaying her performance there, too—it seems pretty safe to say that Cardi B is having a great week (and a well-deserved one, at that!)