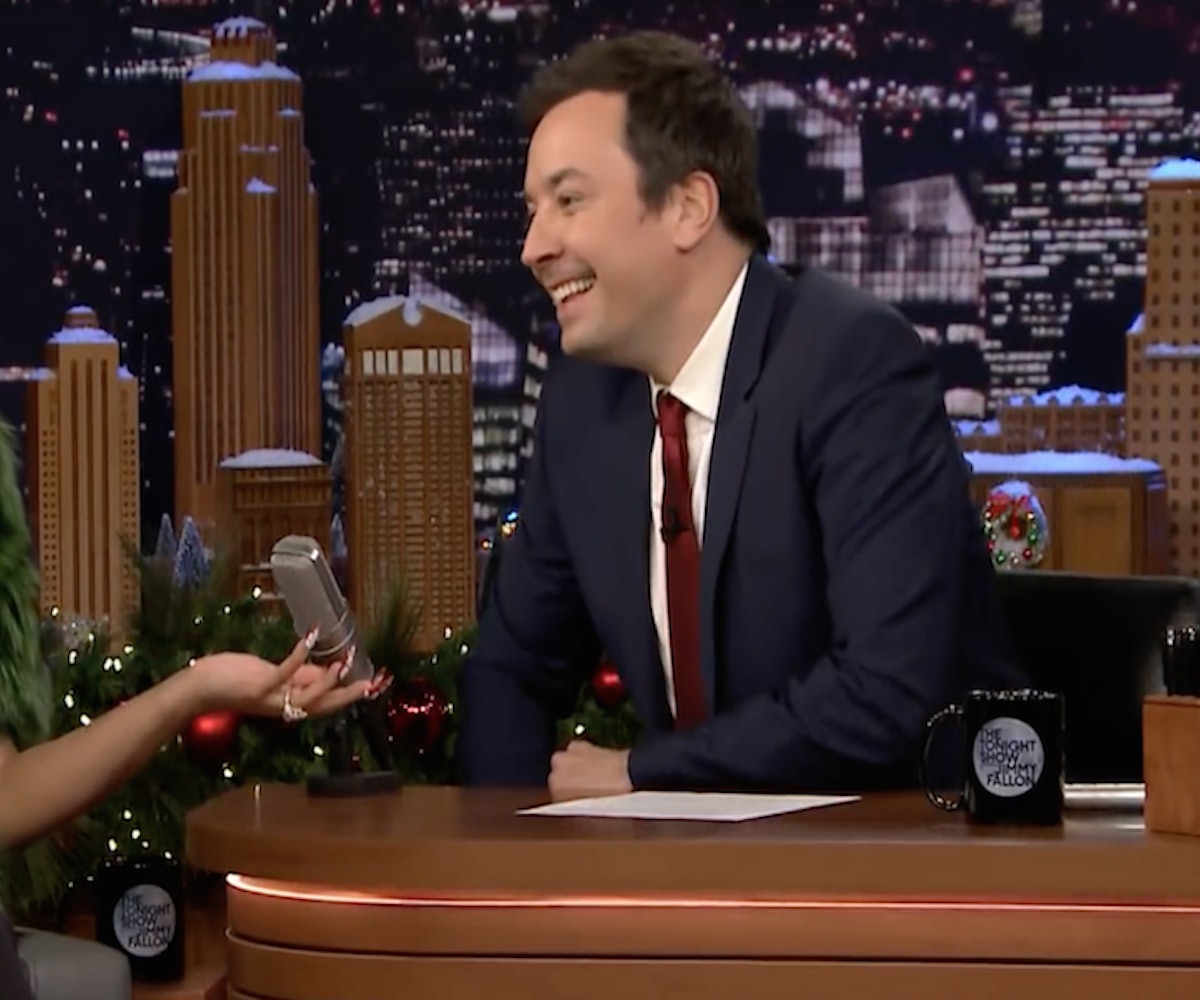 Cardi B's idiosyncratic usage of the English language, filled with lovable chirps, whistles, and intentional mispronunciations, has been on display since the beginning of the Bronx icon's burgeoning career. In an interview with Jimmy Fallon, the rapper's quick wit and quirky diction were on full display, leaving the baffled Tonight Show host endearingly confused (yet thoroughly charmed) throughout.

The conversation comes ahead of the release of Cardi's next, much-anticipated single, "Bartier Cardi," which drops tomorrow. The duo's dialogue covers a wide range of topics, from gold-digging family members to the hulking diamond on her ring finger. Cardi remained somehow both boastful and humble throughout, telling Fallon that "I already feel like a winner!" while reflecting on her recent historic Grammy nomination. Out of the mouths of other celebs, such a platitude would seem patently insincere—but from our favorite New Yorker, it was genuine and heart-warming.

Cardi peppered the interview with a handful of "Okrrr"s (heavy on the rolled R's), an absurdist drag queen exclamation coined in viral videos like Shocantelle Brown's Hair Salon. Fallon's attempt to mimic the outcry was cute, but let's leave it to the pros.

Check out the adorable video and a preview of "Bartier Cardi," below!