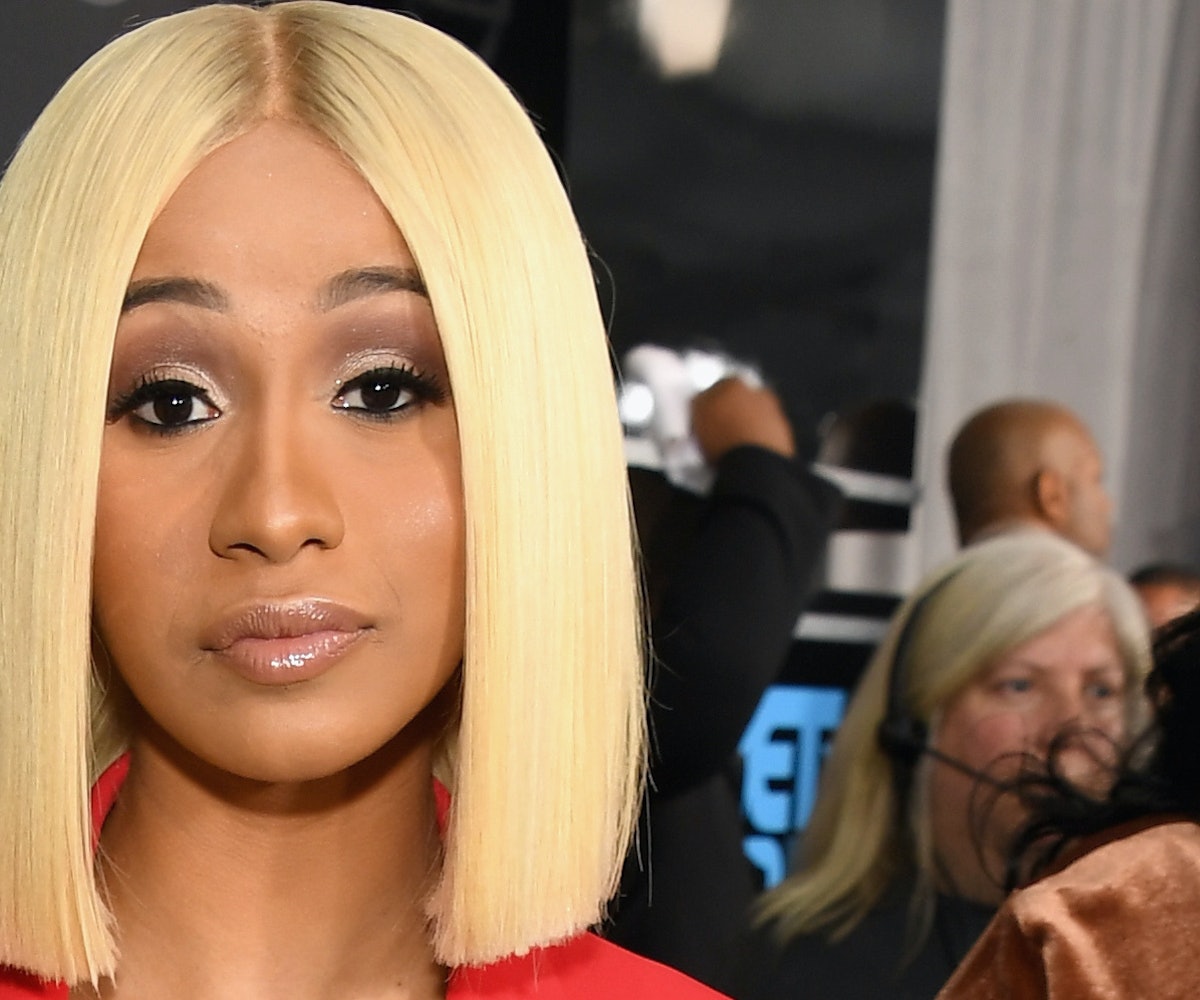 Over the weekend, Cardi B came under fire after a transphobic meme was posted to her official Facebook page. However, her response to the backlash has left fans less than satisfied.

According to Billboard, whoever was running the account uploaded a cartoon of a man standing in a doorway with the caption, “I hope nobody sees this tranny leave my house,” alongside several laughing emojis. In the wake of ample criticism, Cardi took to her Twitter to insinuate that a former team member was responsible for the offensive post.

"It's come to my attention that there have been offensive posts made on what used to be my Facebook page," she tweeted. "For the past year and a half a FORMER team member has been the only one with access to the account."

As the publication notes, the meme was still on her page at the time she posted her "explanation" on Twitter and, in the past week, her Facebook account has been posting promotional graphics.

However, given her use of transphobic language in the past, her non-apology and denial of responsibility didn't go over well with many fans.

"Damage control without an apology? INTERESTING," another person wrote, before adding, "It's disgusting to see so many people make excuses for her. At the end of the day, she is an artist with a brand. A formal apology is the bare minimum."

Others continued to lambast Cardi for not even bothering to apologize for "the confusion" the posted caused. As journalist George M. Johnson noted, even if her explanation was true, "It’s still the fault of you and your new team for leaving your name and image in the hands of those who no longer work for you."

See some of the responses, below.