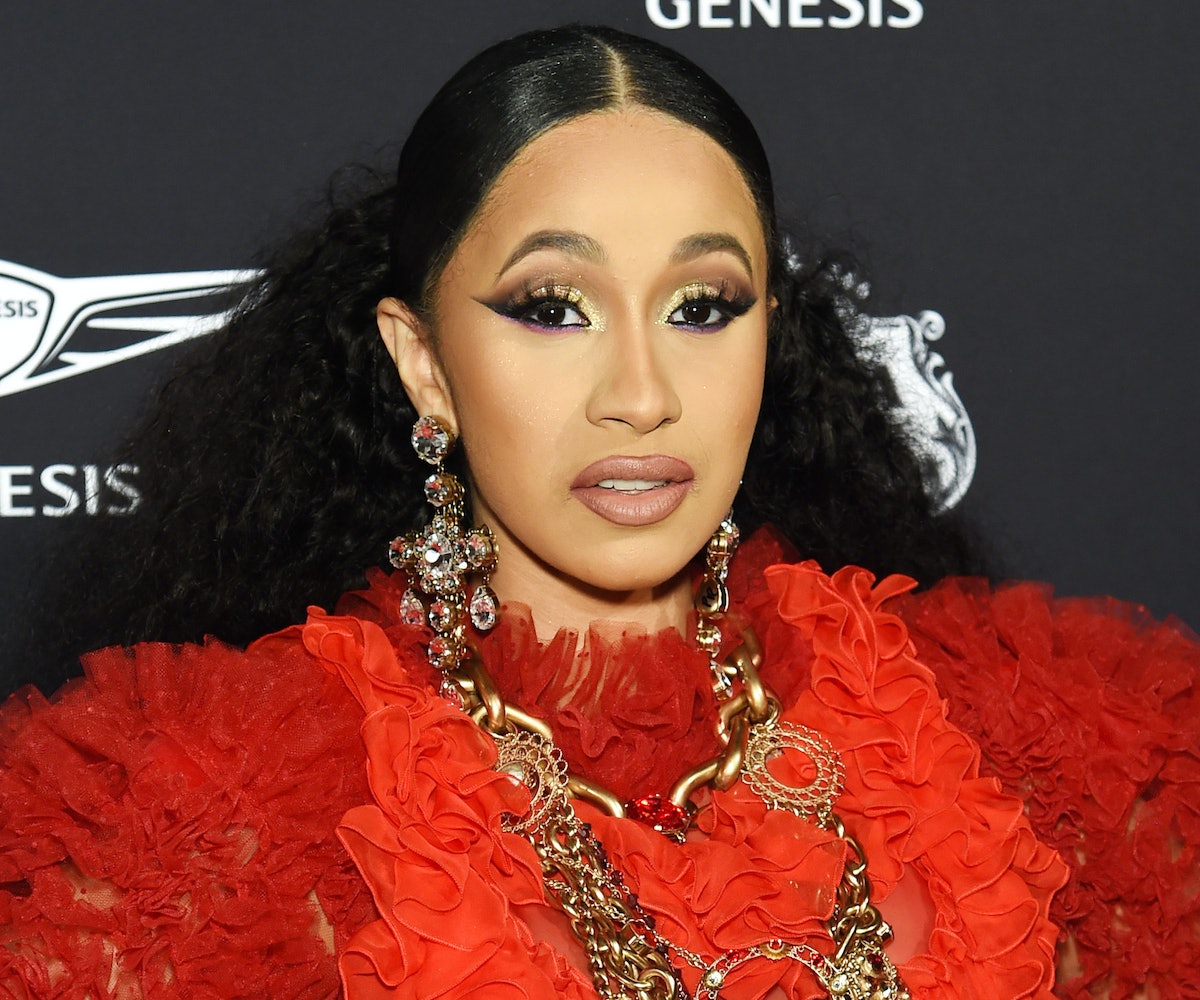 If you live in New York City, you know that the weather has made a significant drop, with temperatures going into the 40s this week. Bronx native and shoe-thrower Cardi B started the holiday season early and showed up in her home city to give out coats and shoes to people who may not be able to afford them.

On Thursday, Cardi appeared at The Marlboro Houses, a housing project in Brooklyn, with winter coats and sneakers to gift fans. Weirdly, she was shocked to see hundreds of people show up: “I didn’t know it was gonna be so big,” she told WABC about the event.

She also discussed what spurred her to do the good deed: ”My home boy Chuck, he told me, 'Hey, let's give out coats to our community, I know somebody who wants to give out coats in Marlboro,' and I said, 'I'm pulling out, what's up?’” She personally handed out jackets and sneakers to the waiting crowd and took selfies with fans. One woman, who was quoted by WABC, said of Cardi’s generosity, ”It’s nice, it's very nice that she's doing this for the people, really, because us people over here need a lot of help.”

Turns out Cardi was given a gift as well: a key to the housing complex so that she could return whenever she wanted.