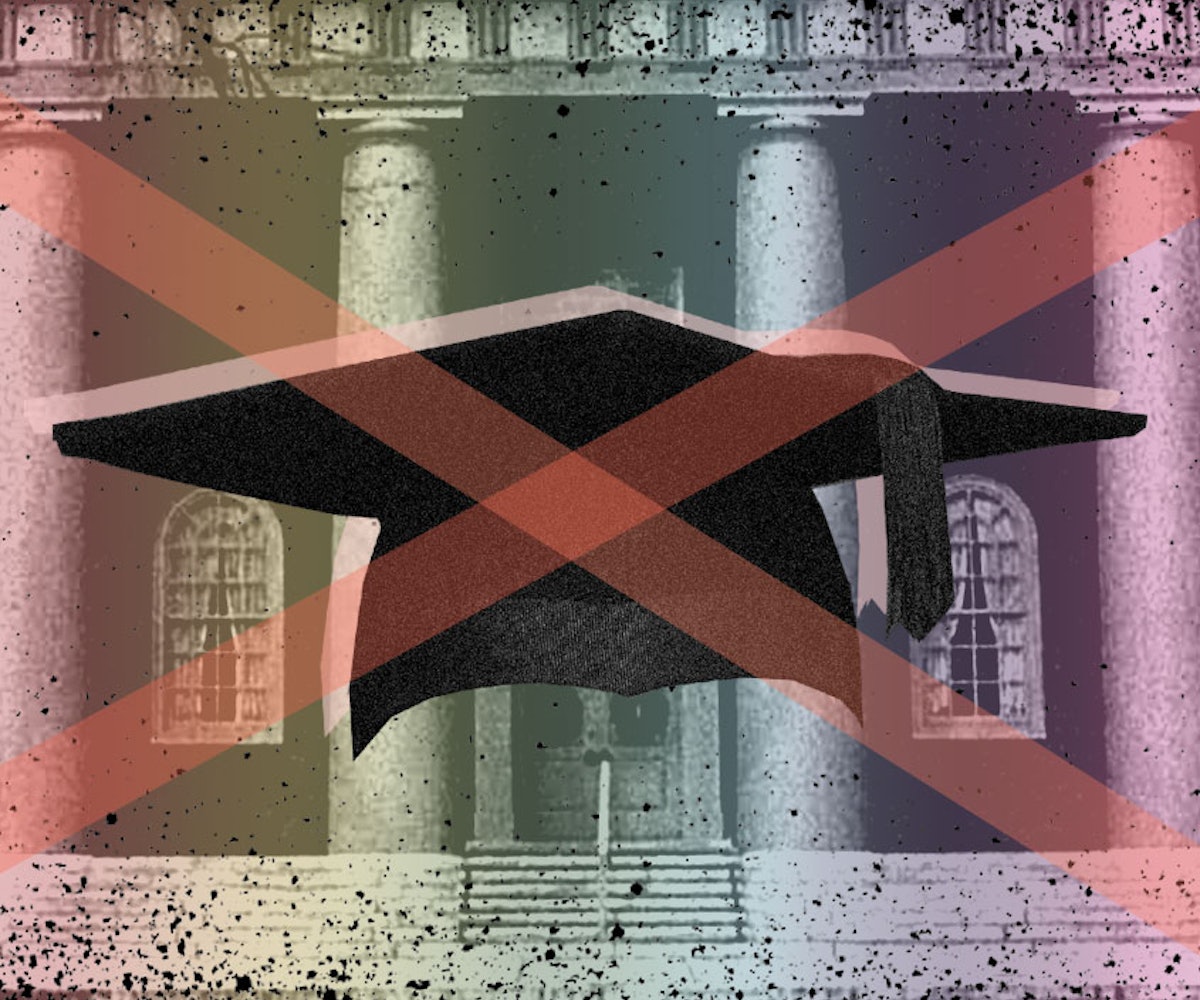 In a country that finally, after years of legislation and pushback, decided to legalize gay marriage, it seems unfathomable that it would allow discrimination based on sexual preferences and identification. But alas, here we are talking about how Carson-Newman University, a private Southern Baptist college in Jefferson County, Tennessee, has been legally granted the right to ban LGBTQ students and whoever’s values don’t “align” with its “Christian values,” including mothers who had children out of wedlock, women who have had an abortion, and more.

How could such an absurd policy be legal, you wonder? The president of the university, Dr. Randall O’Brien, sent a letter to the government requesting the university be exempt from Title IX, a mandate that states, “No person in the United States shall, on the basis of sex, be excluded from participation in, be denied the benefits of, or be subjected to discrimination under any education program or activity receiving Federal financial assistance.” O’Brien states that he was advised to do so by his attorney. “I believe he felt that it might strengthen our position in relation to the First Amendment rights. I don’t really know why something would be necessary beyond that, but that was his counsel and since he’s an expert in the field, we followed the template,” O’Brien says in an interview with Local 8 Now. Still, he says, it will not affect the school’s current policy of discrimination.

So why even bother, you ask? Well, if there’s any real answer at all, perhaps that’s found earlier in the interview when O’Brien says, ”This is who we are, our religious principles, and in a changing world we want to reaffirm who we are and intend to be.”

Surely, this must all be a fluke, though, right? Well, according to Local 8 Now, there are 30 schools that are now exempt from Title IX. If you’re shaking your head right now, we’re right along there with you. Our society still has a long way to go in terms of equality.