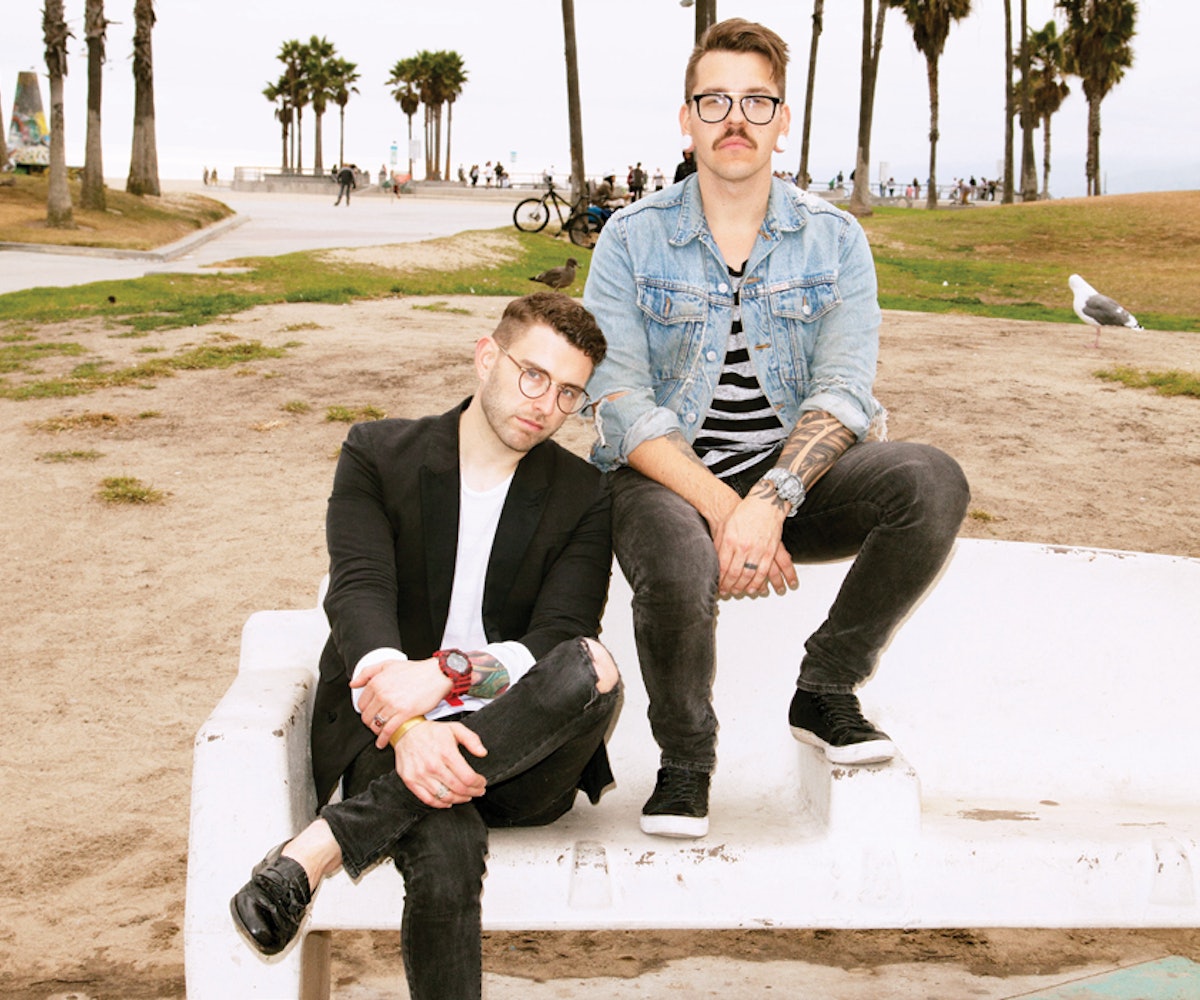 Brandon Rush and Kyle Sears of Portland, Oregon-born band Priory specialize in upbeat rock about some not-so-upbeat subject matter. Their debut EP, Weekend, is about the "marginalization of the working class," and was recorded in a studio they built themselves back home, which is where they also recorded their debut full-length, Need to Know, out this spring. Here, they discuss their inspirations, creative process, and that unbreakable stalwart, the Casio G-Shock watch, followed by an exclusive video of the boys exploring New York's Grand Central Station.

HOW DID THE TWO OF YOU FIRST MEET AND DECIDE TO FORM A BAND?Rush: The music community in Portland is small, and Kyle and I met at a Pretty Girls Make Graves show. Later we randomly ended up living in the basement of a flophouse together in Colorado—I think we both paid under $100 in rent. A few days after he moved in, we grabbed some acoustic guitars and started playing, and it immediately clicked.

WHAT IS THE CREATIVE PROCESS LIKE FOR YOU?Sears: The way we work in the studio, from an outside perspective, would probablyseem schizophrenic. Sometimes we run around hooking up mics, grabbing guitars andrandom synthesizers, and just jamming until something happens. Other times, we willhave lyrics and a solid melody figured out before we even jump in.

HOW WOULD YOU DESCRIBE YOUR SOUND?Rush: Kyle and I have been in bands since we were both 12 years old and we listened to pretty much everything. When making the record, we didn’t go out of our way to sound like anything particular. We just worked at it until it sounded right to us.

WHERE DO YOU DRAW INSPIRATION?Sears: It comes in these crazy spurts. I remember once being really inspired by the flicker of the television. Our studio LOUDWAR is also a really inspiring place. Brandon and I love to hide away and bounce ideas off each other.Rush: I find a lot of inspiration from the combination of film and soundtrack. Some of the most powerful music experiences I have had have been listening to music combined with cinema.

WHAT HAS BEEN ONE OF THE MOST FORMATIVE MOMENTS OF YOUR CAREER?Sears: We recently played a show at the Wiltern Theatre. It was one of the first times a mass amount of people sang along to our songs.

WHAT’S NEXT FOR THE BAND?Sears: We’ll probably be touring for the album for the next year and a half, or two years. Brandon and I are constantly working on new material as well.

WHAT’S SOMETHING YOU WISH YOU HAD MORE TIME FOR?Rush: Honestly, if I had more time, I would love to write film scores.

WHO ARE YOUR STYLE ICONS?Rush: Alexander McQueen, David Bowie, and Leonard Cohen.Sears: The Boss, Elvis Costello.

WHY DO YOU WEAR YOUR CASIO G-SHOCK WATCH?Rush: We can both agree that the G-Shock watch is a cool, functional piece that helps us stay on track when we’re on tour.