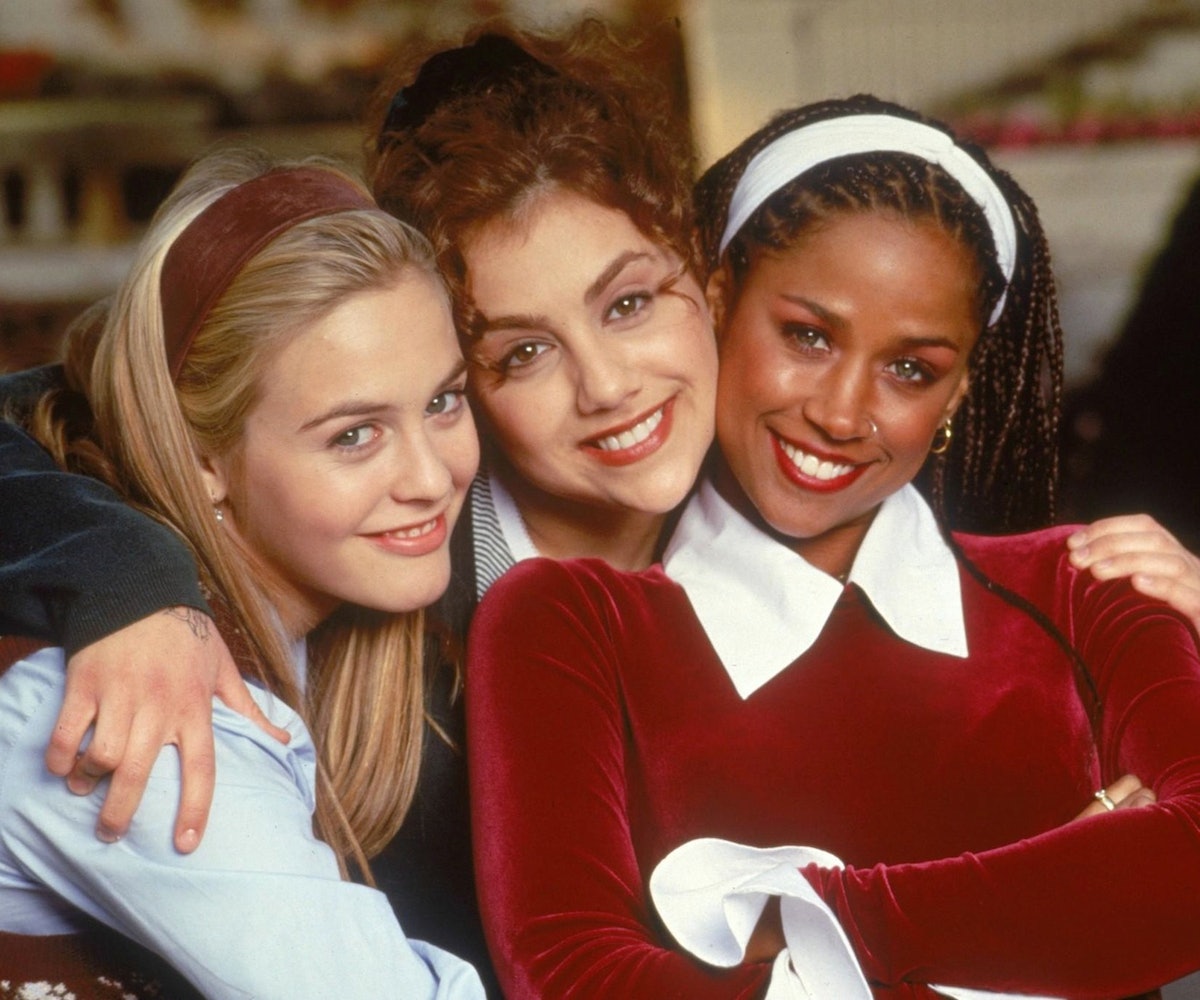 Cher Horowitz may just have been a "virgin who can't drive" when Cluelesspremiered on July 19th 1995, but the Beverly Hills blonde sure has come a long way since then.

Within the past 18 years, the teenager and her posse—Dionne, Tai, Amber, Elton, and Josh, we're looking at you!—have weaseled their way into our daily vocabulary, our wardrobes, and our VHS collection with their pitch-perfect lines and important life lessons that we still hold true. Now we know that Billie Holiday is a girl, the definition of "sporadically," and that searching for a boy in high school is as useless as searching for meaning in a Pauly Shore movie.

Along with teaching '80s and '90s babies everywhere that headbands were cool, plaid skirts were cooler, and Alaia was coolest, the Amy Heckerling comedy propelled Alicia Silverstone and the rest of the cast to star status... not to mention, ignited our lifelong crush on Paul Rudd.

The very best part about Clueless is the fact that it's so timeless (which explains why even after the thousandth time, we're still obsessed). We're not saying it shouldbe done, but considering today marks the movie's 18th birthday, it's only fitting we recast the classic with a crew of actors who we believe can step into these designer shoes. With a play already in existence and rumors swirling about a sequel, who knows? Clueless just might get a revamp someday.

In the meantime, check out our dream team below, and let us know who you'd cast in the comments! --LIZA DARWIN