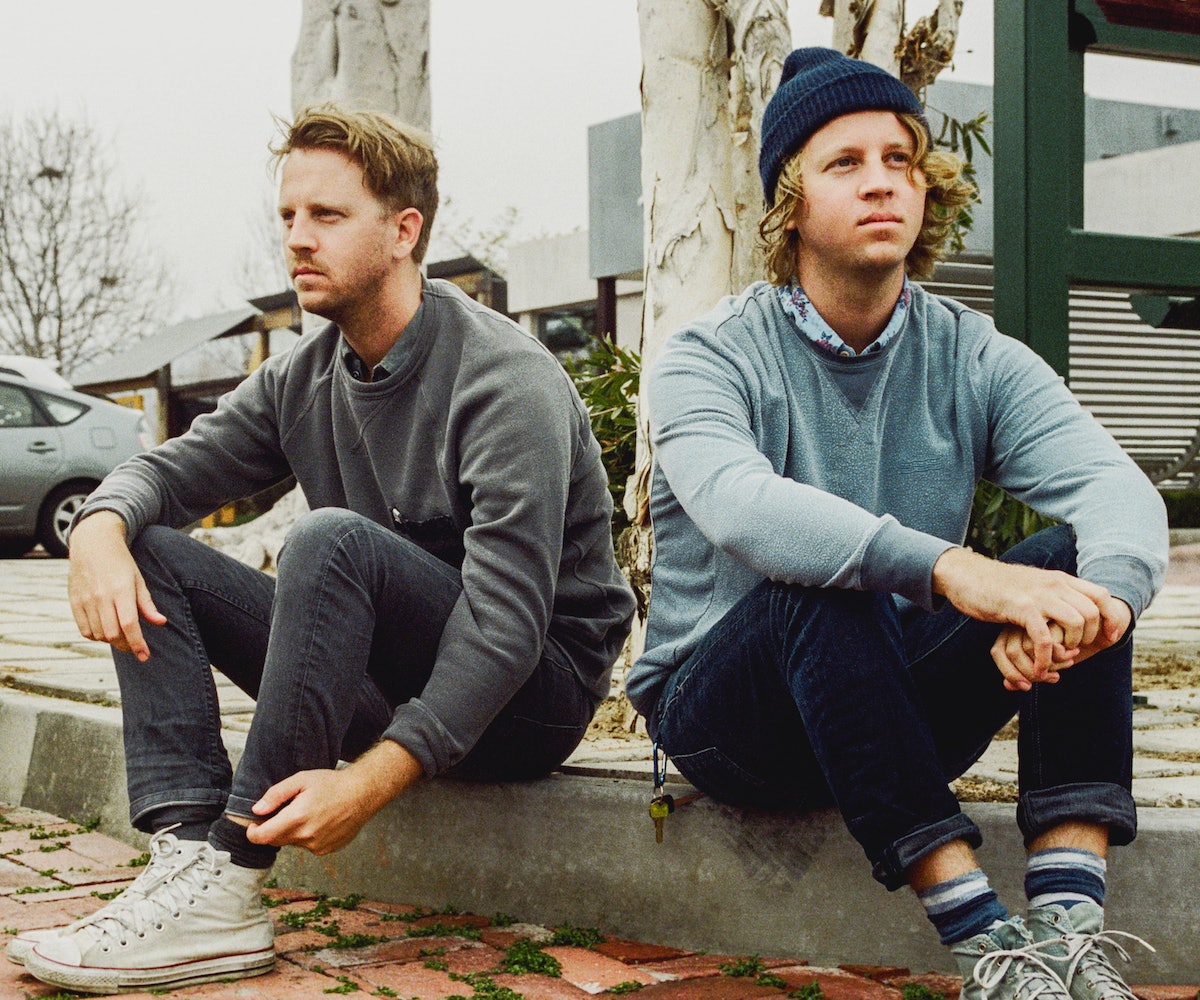 Their name alone should tip them off. Cayucas are named after Cayucos, California, a beachside town that automatically connotes sun-drenched afternoons and crashing waves. Following in a long tradition of Golden State bands, from Beach Boys and Best Coast, twin brothers Zach and Ben Yudin mine their home state for inspiration, and the influence is all over their sophomore album, Dancing At The Blue Lagoon, out now on Secretly Canadian. We caught up with Zach recently to pick his brain on future goals, biggest fears, and affinity for Friends.

Maybe laid-back and beachy, but a little bit formal.

It started really sometime in college. I decided I wanted to pursue music in a serious way and hopefully make a living playing in a band. It didn't really kick off until years later when we were able to sign a record deal and start touring, and really dig our heels in.

We hope to continue making music as Cayucas, and release albums. That's personally my favorite thing, writing albums, and all the creativity that surrounds that, from cover art to lyrics to titles. I've also wanted to delve into other songwriting opportunities in a pop setting. I've always had a weird passion for pop/electronic music and am now starting to get into that world a bit.

Right now, we're focused on Cayucas. We've got a lot of touring lined up this summer, so that's where all our energy is focused.

Hard to say if there's just one thing. I think just having a career in music, doing what we're really passionate about is what I'm most proud of. It's really difficult to get to this point—there are a lot of hurdles—and you have to be a little bit foolish to want to make a living being in a band past the age of 25. But I wasn't willing to quit, and that's what I'm most proud of.

Anything and everything. We drive so much, it's a great opportunity to listen to albums in their entirety. I have noticed that late night it's kind of nice to listen to down-tempo electronic.

The Beatles—a full bodied discography. Or the Police's five-album arc. We want to have a lot of variety and longevity. We've started out with a clear identity of beach rock songs, and want to continue to grow and evolve, and hopefully down the line release an album that's totally different.

Most activities, actually—watching TV or listening to records. I like to pour a glass of wine and zone out.

Usually with an episode of Friends, or a movie. Friends is a great, good-mood show that makes you feel like everything is okay.

I was sort of weird and silly. Played golf, and had a pair of turntables. I would hang with the jocks or "bros" so that I could go to parties, but really had no place there. To this day though, I get along surprisingly well with bro-y types.

I’m not a big fan of flying. It feels very unnatural. I've watched countless videos and read up on the safety of flying, and the physics behind it so I feel fine doing it, but I am def an anxious flyer. I'm not the guy sleeping though turbulence.

Like a duck, relaxed on top of the water but paddling furiously underneath.