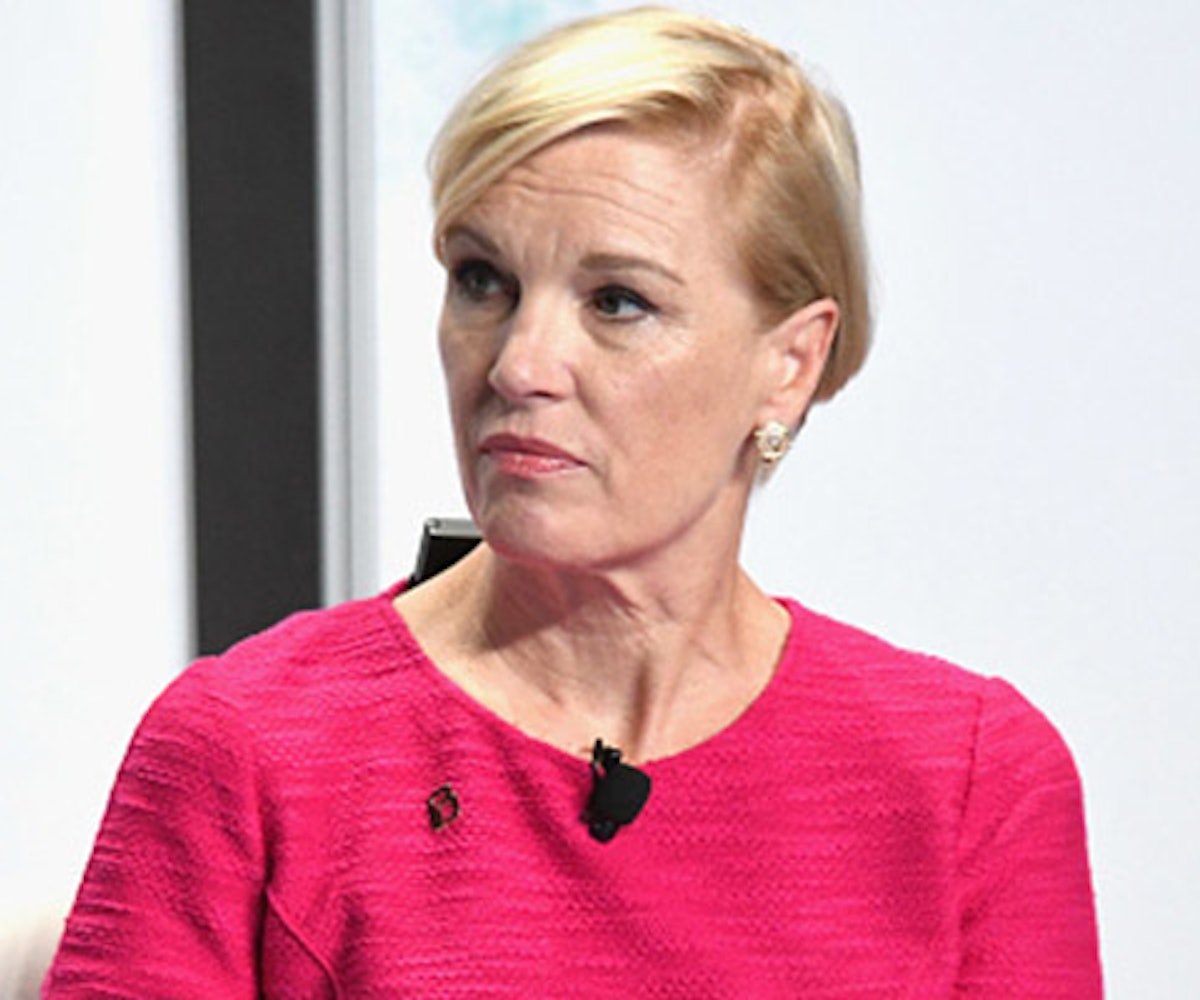 The New York Times recently profiled former president of Planned Parenthood Cecile Richards, framing the story in a deeply misguided way. "Depending on whom you ask," the publication tweeted, "Cecile Richards is a national 'hero' or a 'deeply evil woman.'"

They're quoting Christian blogger and all around extreme douchebag Matt Walsh, who referred to Richards as a "mass murderer," "sociopath," "tyrant," and "deeply evil woman."

Richards has lead Planned Parenthood for more than 12 years, providing millions of women with access to affordable and safe reproductive healthcare. The only people who would refer to her as a "deeply evil woman" are people like Walsh, a fundamentalist who believes abortions are murder.

Despite being the minority—59 percent of Americans think abortion should be legal in all or most cases—extremists seem to have the loudest voice in the abortion debate. The Times has been criticized a lot recently for giving a platform to the wrong people, like Trump supporters and actual Nazis.

Framing Richards' as a possible "evil woman" is to give credibility to the opinions of extremists. It's emphasizing and validating the hateful and dangerous rhetoric that puts so many women's lives at risk in America.

It's also continuing the myth that abortion is a political issue, when it's not. “For women, access to reproductive health care isn’t a political issue,” Richards told the Times. “The women who walk into Planned Parenthood clinics come from every background, every political persuasion.”

We shouldn't be giving any further visibility to the people who picket Planned Parenthoods with gruesome images of aborted fetuses, who plant bombs at women's clinics, share fake stories on Facebook about dismembered infants, and send death threats to the people who are trying to protect a woman's right to make decisions with her own body. We should be discrediting them at every opportunity we get.

There are far more people calling Richards a "hero" than an "evil woman," and the Times shouldn't make it sound like it's 50/50. “For every person who has come up and said something tacky," Richards said, "there are literally hundreds of women who have stopped me in the subway, on the street, in an airport to say, ‘thank you.'"