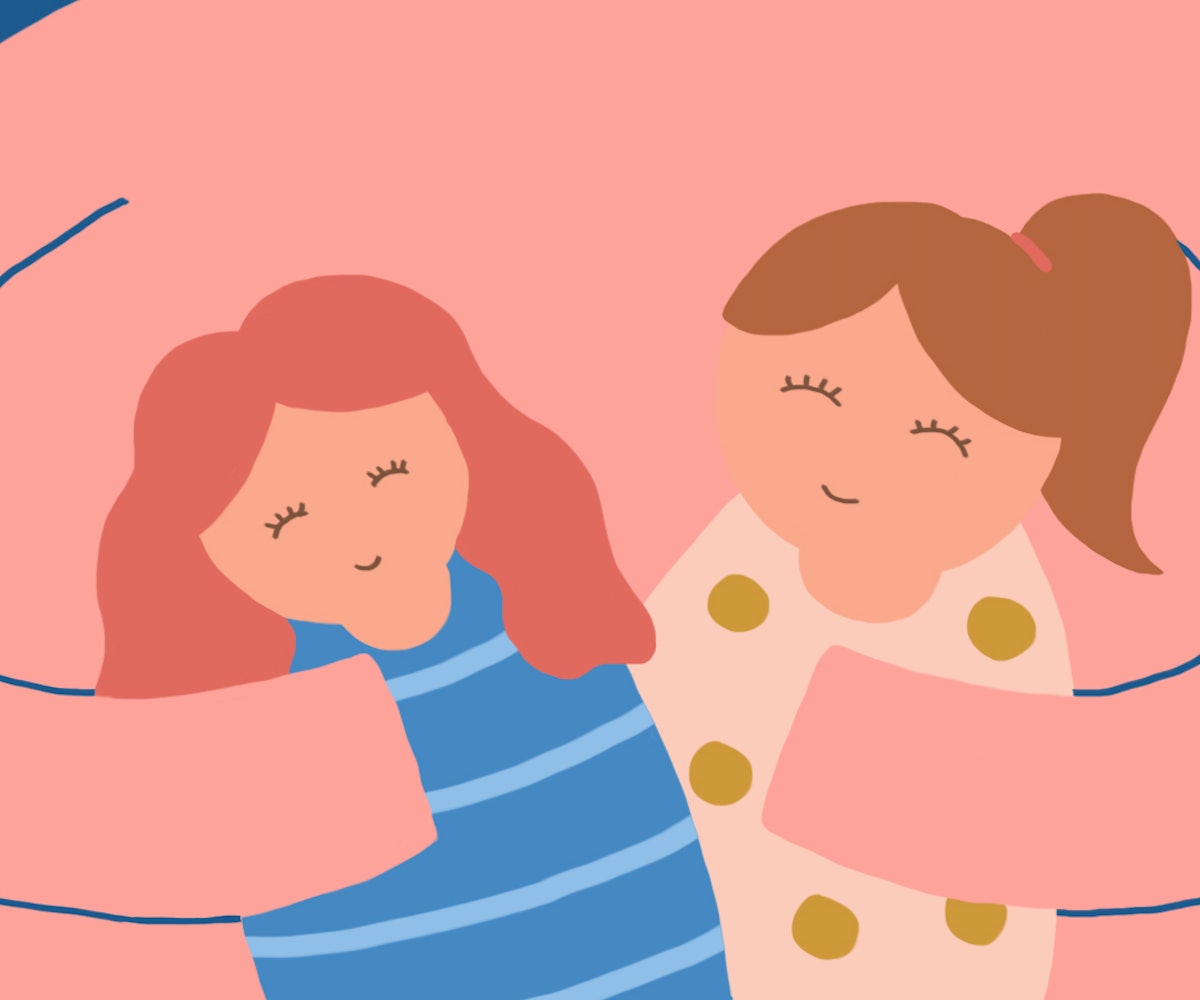 At one point during my mother’s funeral, I caught myself staring at my father wondering, “What now?” I was 12, and I was nervous—not of his ability as a single parent, but of the unknown. Who would diffuse our arguments? What if I had questions about boys? How would I know if I applied the right layers of makeup? Would I still find new pairs of underwear in my Christmas stocking?

Those questions sound superficial now, but at 12, it’s all I could think about. To be fair, I had grown up asking much tougher questions: Will my mom survive? Would her cancer ever stop spreading? How do you stay positive when you’ve been told you only have a year left to live? Why do good people die? Most of the latter questions were answered for me. The superficial was all I had left.

Dealing with a teenage daughter isn’t easy. I know that, because once when my father asked why I was so grumpy, I responded by shouting, “I’m bleeding. As I stand here talking to you, I’m bleeding. Wouldn’t you be grumpy if, for the last 72 hours, you did nothing but bleed?”

I made him buy me pads, arguing that Alain, my friend and a cashier at the closest CVS, could never know I was on my period. “That’d just be weird.” My father did it without complaining. Actually, he did a lot of things without complaining. He sat, the token dad, in the waiting room during 14 years of dance practices. He slipped a Victoria’s Secret gift card in my stocking every Christmas to honor the tradition. He reminded me of my value every time a boy broke my heart. Most importantly, he taught me resilience.

I started sobbing when I saw my first college tuition bill. I felt selfish for choosing a costly school in the middle of an even pricier city. My father had already given me so much, and yet here I was asking for more. It’s a moment I remember so vividly. My dad was sitting on the concrete steps in our garage, wearing his faded navy blue work polo and stonewashed carpenter jeans. He had just wrapped up a nearly nine-hour day and came home to me panicking. He, however, remained calm.

“This is your dream,” he said. “This has been your dream. We’ll figure out a way to pay for it. Everything will be okay.”

Of all the unknowns, the one thing I’ve always known is that my father would never falter. He would continue to be the strong, selfless man his parents raised—the one who grew up playing basketball in steel toe work boots, because his parents couldn’t afford new sneakers. He was the same man who bought me my first pair of basketball sneakers and then created a half court on the side of our house, carefully measuring and painting in the foul line to fit regulations, so I could practice my weakest shot. I never was able to beat him at one-on-one.

That selflessness is what I’ve always admired. My dad buried both his parents and wife within four years, yet he never stopped putting his children first. Despite loss, I never felt alone. My sister, nine years my senior, moved only a few states away and inherited my father’s generosity; she’s been by my side for every major milestone. As for my father himself, he’s constantly worked to keep my life as normal as possible.

He’s cranked Bob Seger’s “Old Time Rock and Roll” and danced with me in our living room. He’s shyly tried asking me about my first kiss, and given the death glare—or what we called “The Look” growing up—to boys who had done me wrong. He’s lugged my stuff in and out of every college dorm room and new apartment and hung every photo with exact precision—actually using a level as opposed to my haphazard thumbtack routine. He’s continued to motivate me, both personally and professionally, and helped me tackle my dreams.

He’s also made it harder for me to date. Not because of “The Look,” but because I now model who I want in my life after my dad. In my mind, this mythical man strolls on the outside of the sidewalk to protect me from traffic. He sends me texts like, “Happy Monday. Have a great week, and don’t bite the teacher,” or says corny stuff like, “We didn’t order that” whenever a waitress drops down the bill. He doesn’t let me give up on my goals, and smiles when I yell, “You know we’re arguing because we’re the same person, right?”

I’ve since set high expectations for the people I surround myself with. That’s because I’ve experienced those expectations being met. If you were to ask me what questions I have now, the only one that comes to mind is, “How did my dad do it? How did he raise a teenage daughter on his own?”