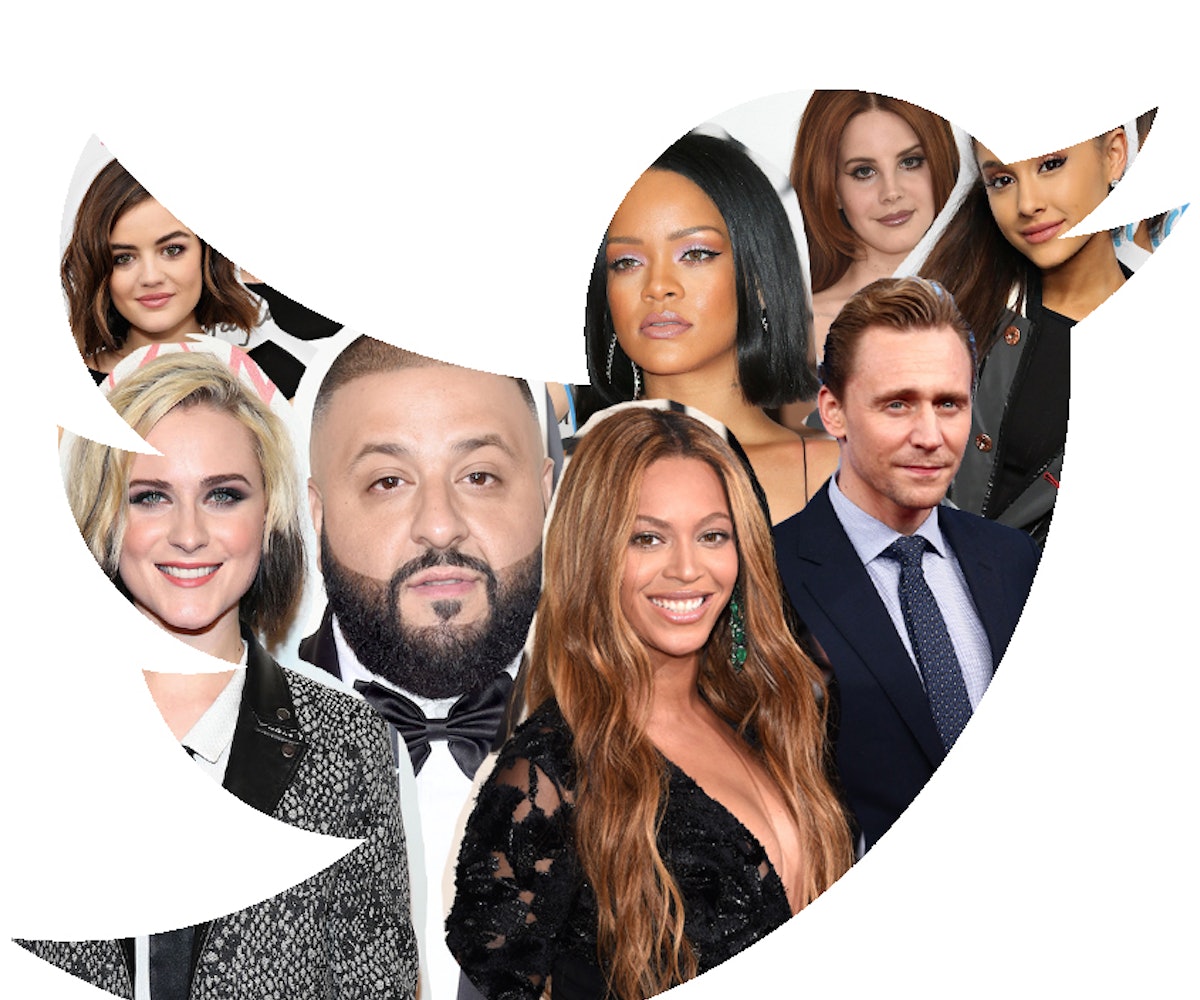 Ten years ago, Twitter—then just the vowel-less "twttr"—launched, and within a couple of years, the platform changed the way people approached social media, for better or for worse. Suddenly, it seemed, everyone was sharing a minute-by-minute account of their day. It was odd, informative, and very telling.

Since things tend to shift and change quickly in this strange, vast world of social media, the way we all interact on the platform has changed. Now, it's become a place to share ideas, comment on social issues and pop culture events, and post videos and photos. It's a far cry from the Twitter of '09, when nearly all of our favorite celebs decided to give into the social pressure and create a handle of their own. There were no hashtags, no emojis, and no rules. Hell, Adele could still drunk tweet without getting her phone taken away from her.

In honor of Twitter's 10th birthday, we dug up 22 first celebrity tweets. Some were strange, some were simple, and others made us zone out to another dimension (thanks, Jaden Smith). Check them out in the gallery below.

As my mother always told me, "You never know until you try."

Will the real Anna Kendrick please stand up?

To be honest, we expected something a little more, err, colorful from Cyrus' first tweet.

Did the cat ever accept Taylor's apology? Inquiring minds want to know.

Kravitz was late to the game, but we finally got her in 2015.

If this isn't the most Lana Del Rey thing to say in under 140 characters, we don't know what is.

Remember the time before emojis, where the best way to express emotion was with a colon and a closed parentheses?

The singer-actress has been following the cardinal rule of performers since Twitter Day 1: Love your fans.

They say you never forget your first...

Grimes has been keeping it weird since 1988.

While his recent tweets may be significantly more strange, his first tweet is taking us to another imaginary dimension. What were they doing? Do they still hang out now? If they were, what would they talk about?

No keys, no emojis, no securing of bags, and no jet skis—just exclamation points.

A few months after being assaulted by her then-boyfriend Chris Brown and doing her best to stay out of the spotlight, Rihanna released Rated R and reminded us just how strong and talented she is.

If anyone has learned how to use social media as a powerful marketing tool, it's Beyoncé.