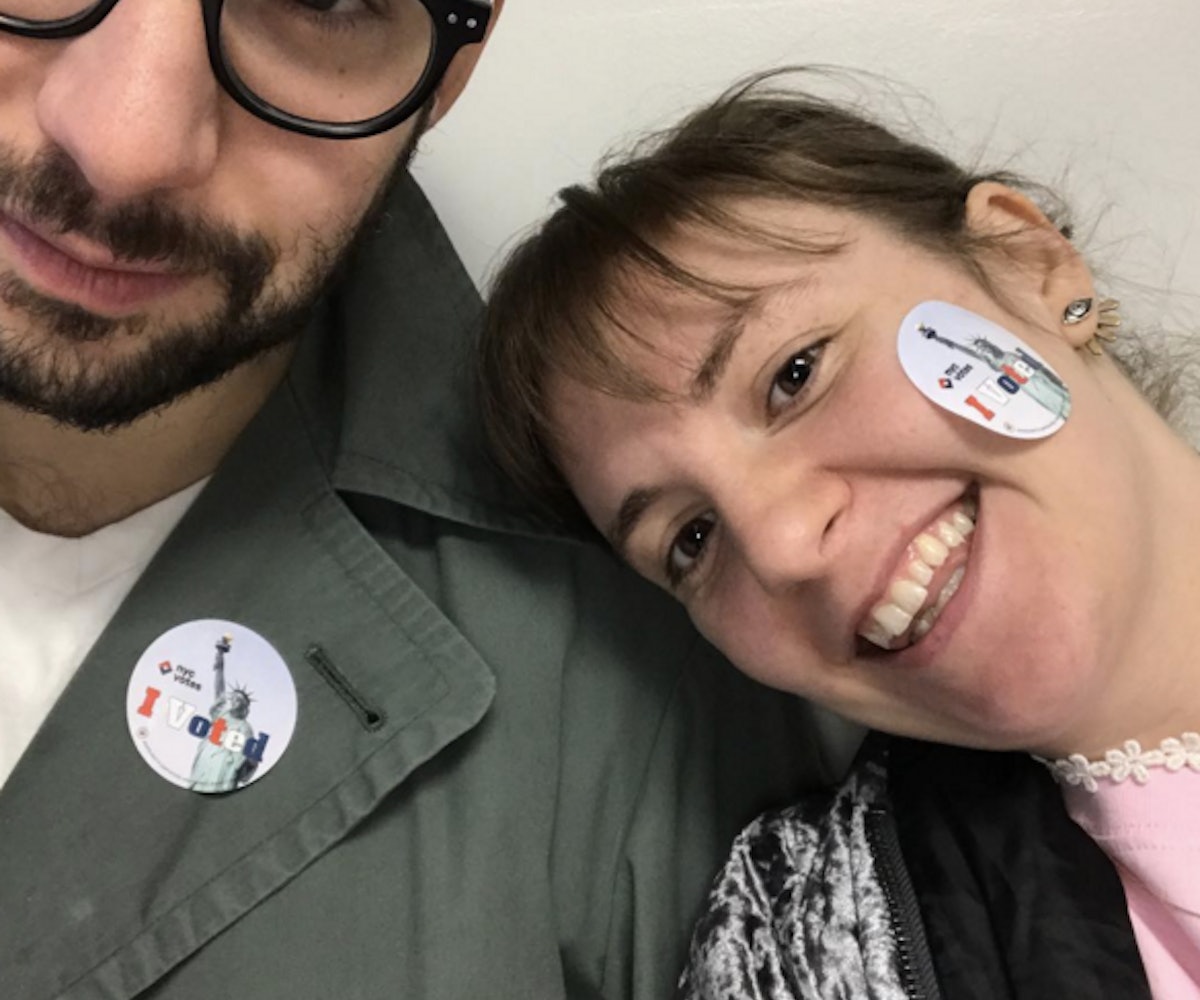 The hottest celebrity accessory this fall isn't a chic pair of sunglasses or a grande pumpkin spiced latte. No. It's the "I voted" sticker or pin given to people after they cast their vote in today's historic election. On Tuesday, celebrities on both coasts flocked to polling stations in droves, and rocked their souvenirs on social media with unbridled pride and enthusiasm.

Though it's no secret who most of your favorite stars are voting for, (hint: they're with her), some played it coy, preferring instead to buck our current culture of over-sharing, and embrace the time-honored tradition of keeping their vote to themselves.

The most glaring such is example was Taylor Swift, who's stayed mum throughout the entire election cycle. Until now. On Tuesday, Swift posted an Instagram showing her in line to vote, and encouraging her kajillion followers to do the same. Still, Swift decided not to throw her support behind a specific candidate, preferring instead to remain neutral and not alienate her Trump-supporting fans.

Though it’s hard to imagine Swift voting for anyone other than Hillary, despite her reluctance to say so, her support would have no doubt helped mobilize the millennial vote both candidates have been so desperately after.

Below, a round up of all the other celebrities who joined Swift at the polls.