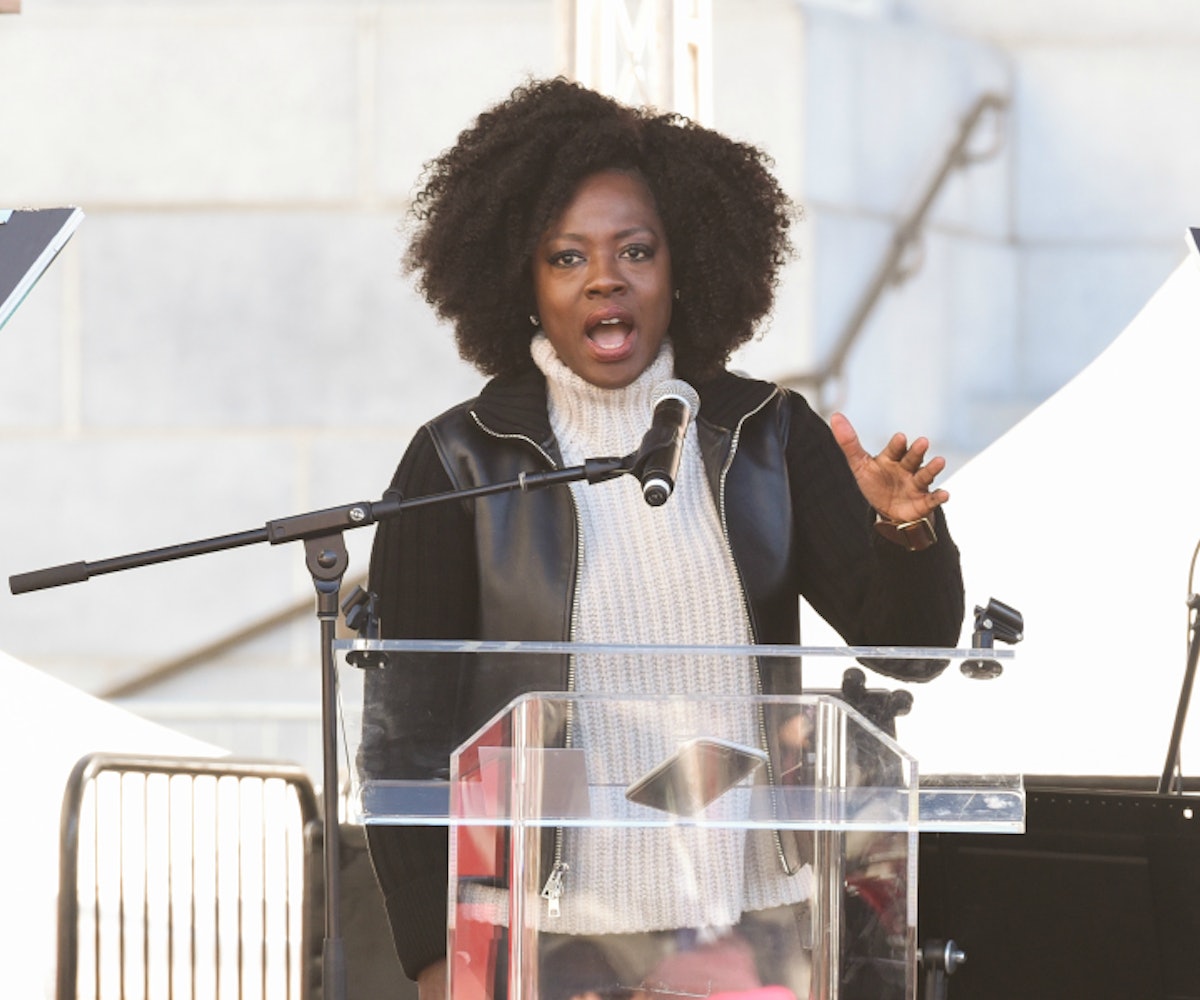 This past year, the truth about how much women suffer really reared its ugly head, as we heard story after story about workplace harassment, sexual coercion and assault, gender pay gaps—among so many other terrible injustices. That's why, a year after Trump was inaugurated into office and thousands of people marched to protest his harmful views on women's rights, the Women's March and its message remain as powerful as ever.

This year, many celebrities who have spoken up and supported the #MeToo movement were among the crowds, and they shared some powerful words and personal experiences with those participating. Among them were Scarlett Johansson, Natalie Portman, Viola Davis, and Halsey—all of whom had their own stories for why they were marching and the changes they wanted to see. Watch the videos below at your discretion, as some of the material may be triggering.

Davis inspired the crowds with calls "not just to fight for your rights, but...to...fight for the right of every individual that is taking a breath, whose heart is pumping and breathing on this earth." She addressed the "faceless women" with no leverage to speak up, sharing that she is speaking up with them in mind.

Portman shared her own personal experience of being sexualized from her preteen years when she got started in Hollywood. “I excitedly opened my first fan mail to read a rape fantasy that a man had written me,” said Portman. “A countdown was started on my local radio show to my 18th birthday, euphemistically the date that I would be legal to sleep with. Movie reviewers talked about my budding breasts in reviews. I understood very quickly, even as a 13-year-old, that if I were to express myself sexually, I would feel unsafe.” In response, she groomed a bookish, prudish image of herself that she put forth for the public, in hopes that it would keep her safe.

, recalling the instances when she and her friends experienced rape and sexual coercion—and the feelings of shame and confusion and guilt that followed.

Johansson took the time to call out James Franco for his hypocrisy in participating in the #MeToo movement after preying on underage women. She raised the question "How could a person publicly stand by an organization that helps to provide support for victims of sexual assault while privately preying on people who have no power?" and then asked for Franco to return the Time's Up pin that he wore to the Golden Globes in support of the movement.

Davis makes a powerful point about the faceless women—women and non-binary people who cannot stand up and make a speech about the horrors they've endured out of fear for their jobs, their families, or their lives. Perhaps this is why it's all the more moving to see those who have a platform using it and rallying for the betterment of everyone.