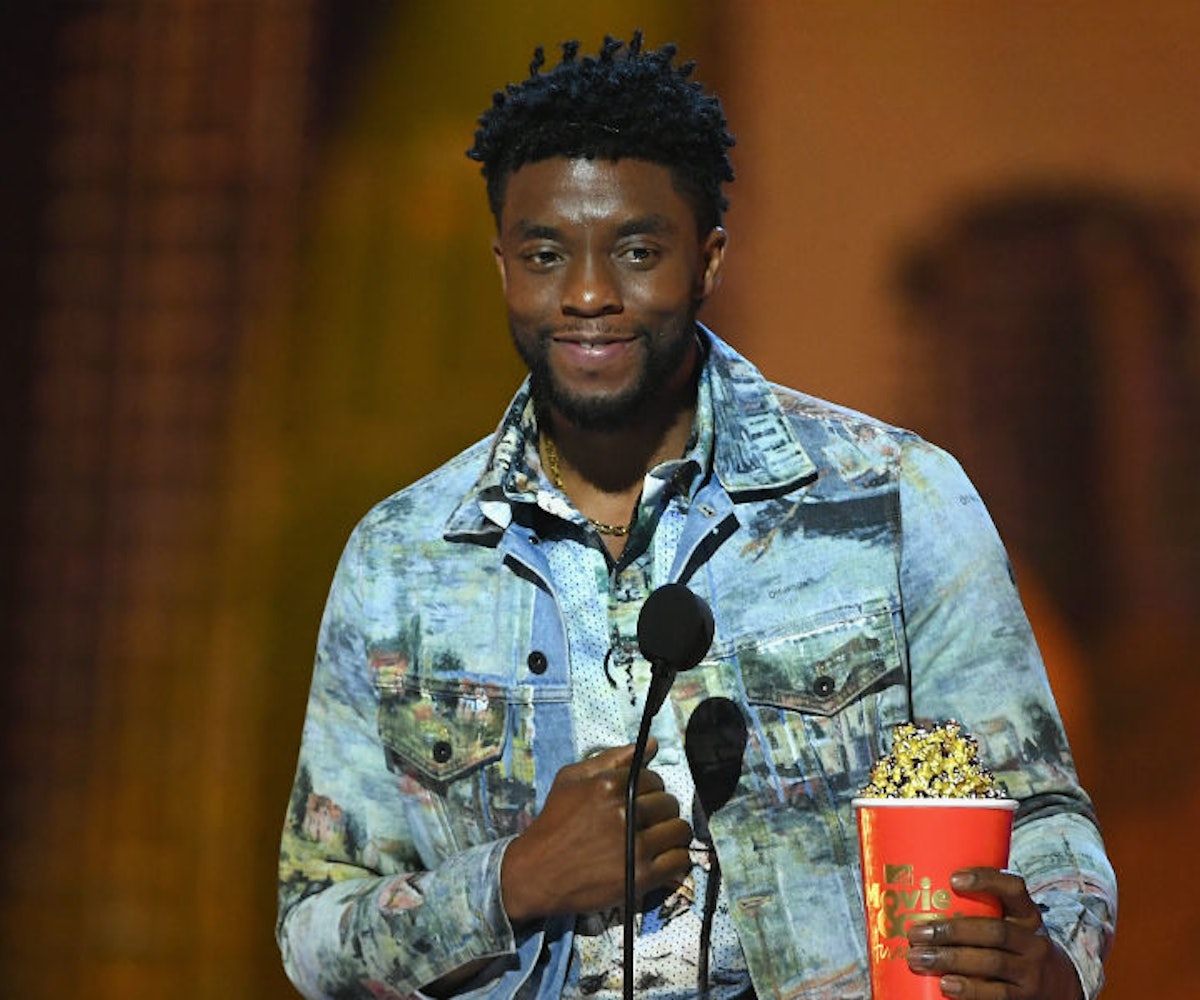 This past weekend, Chadwick Boseman took home the MTV Movie and TV award for Best Hero. While accepting the award for his Black Panther performance, Boseman dedicated it to a real-life hero James Shaw Jr., who disarmed a gunman at a Tennessee Waffle House in April.

While accepting his popcorn-shaped statue, Boseman first thanked the fans for embracing the film. He then said, “Receiving an award for playing a superhero is amazing, but it’s even greater to acknowledge the heroes we have in real life,” before inviting Shaw Jr., who was in attendance and in the audience, up on the stage. “You didn’t even know we were about to do this, did you?” Boseman said. He gifted Shaw Jr. the award, telling him, “This is gonna live at your house.”

Shaw Jr. is a technician for AT&T, a father, and a Nashville native. While he's called himself just a “regular person,” he’s living proof that not all heroes wear capes. Or, Vibranium-woven suits.