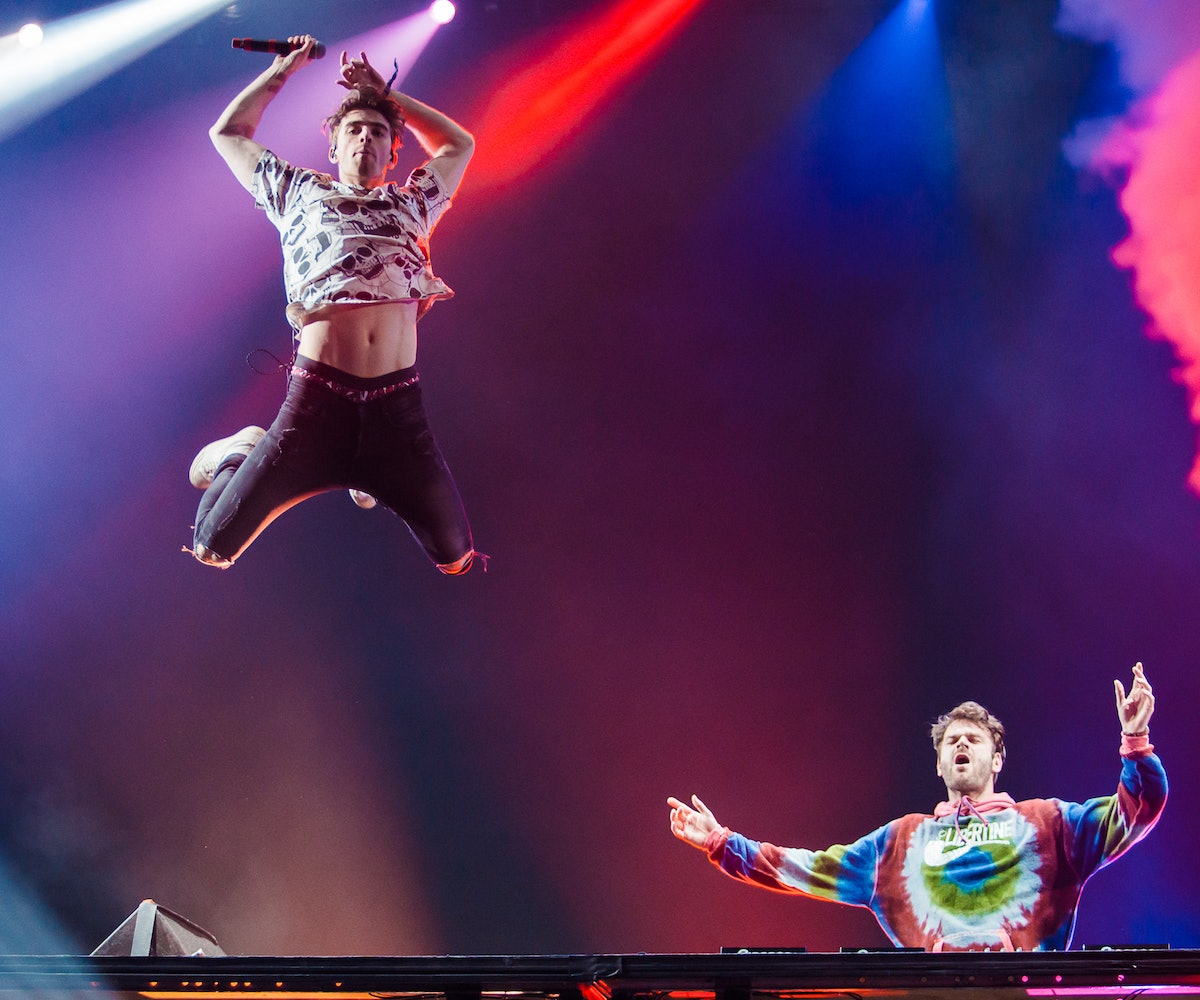 It’s hard to pinpoint when, exactly, the world started to turn on Drew Taggart and Alex Pall of The Chainsmokers, but it might have begun when most people’s distaste usually starts with celebrities: after reading a profile on them.

First, there was the Interview piece in which Taggart explained the duo's hit song “Closer”:

I went to school in Syracuse with all these super wealthy girls that I was enamored with at first because it was so foreign to me because of where I was from in my podunk town in Maine. I was just so unimpressed with them. I got to know them and slept with them and all that stuff, so I wanted to write a really unsexy sex song.

Then, there was the Billboard cover story, which found the pair really owning their “frat bro” demeanor. Take these gems: “Even before success, pussy was number one,” Pall tells the outlet. “Like, ‘Why am I trying to make all this money?’ I wanted to hook up with hotter girls. I had to date a model.”

Or, when discussing their music: “It’s like if LMFAO just started making...” says Pall, and Taggart finishes: “...the illest shit and stopped dressing like idiots.” Or, when their humbleness got the best of them: “Only Justin Bieber and Drake can hold a candle to what we’ve done… Now we’re influencing the industry, putting out songs everyone copies.”

Then there was that time Pall dissed Lady Gaga in a Rolling Stone interview, noting that her song “Perfect Illusion” “sucks.” Yeah, that rubbed a lot of people the wrong way.

The pair has a lot of press moments stacked against them, which is probably why they’ve taken a step back from giving the media too much attention. They’re not interested in being profiled anymore; they don't necessarily need to at this point, either. They want the focus now to be on their music.

So, let's talk music. The song that first put them on the map was the maybe a joke, maybe not, viral single “#Selfie.” The two have referred to it as “our stupid novelty song,” “perfect for its time,” and “an annoying-ass record,” in the past. And, yes, it’s all of those things.

Then, came the songs that check off all the boxes of a radio hit nowadays: strong female vocals, catchy choruses, and a trap-pop beat. “Don’t Let Me Down” featuring Daya, and “Roses” featuring Rozes, both went double-platinum in 2016. “Closer” featuring Halsey did, also, and is its own separate beast of a hit song. But, just because a song is getting thousands of spins, doesn’t always make it a quality song. Nor does it make those producing it quality artists.

Esquire referred to the duo as the “Nickleback of EDM,” in a piece earlier this year, stating, “Whether by laziness, stupidity, or thorough market research, the duo has managed to create beer pong tournament background music that offers nothing but repackaged EDM tropes for Spotify plays.”

Up until now, Pall and Taggart have only released singles and an EP. Today, their first album, Memories… Do Not Open, drops. It’s a 12-track record that Taggart referred to as “innovative” and “reflective” during a listening party last night. And, well, we’ll let you guys be the judge of that. We will say this: The boys know what has worked for them, and they play that up a dozen times over.

It’s clear at this point that The Chainsmokers’ music will repulse some and attract others. Music is subjective! But those they do attract, they manage to hold on to very, very steadily. And it’s this crew of devoted listeners who are the clear—and substantial—driving forces in their success.

Circling back to Pall and Taggart as people outside of their music, the pair shared in a recent NME interview that the douche-y things they said in previous interviews were meant to be ironic. “We’re making fun of bros!” Pall says. “We’re in this gray area where people are like, ‘I don’t get it, are these guys assholes or not?’ I promise you, we’re not assholes.”

Joke's on us! We guess? Maybe these guys are fundamentally decent 20-somethings who were thrust into a level of fame they were completely unprepared for, but it is worth nothing that they have never backtracked on the misogynistic things they’ve said, a fact which hasn't affected the level of fame they’ve reached because… they’re white and male and have that privilege on their side.

It's easy to think that because you and everyone you know hate a musical act, it will just disappear. And these guys have a lot of people hating them. But whether you hate them as people, hate their college playlist music, or have no hate in your heart for them at all, you’ve probably listened to one of their tracks all the way through in your car at one point. They are the third most streamed artist in the world on Spotify. So, someone’s sure as shit listening. But no matter how much hate is directed their way, or how many awful things these guys say in the media, as long as they keep racking up listens, the boys will have a reason to keep sticking around.