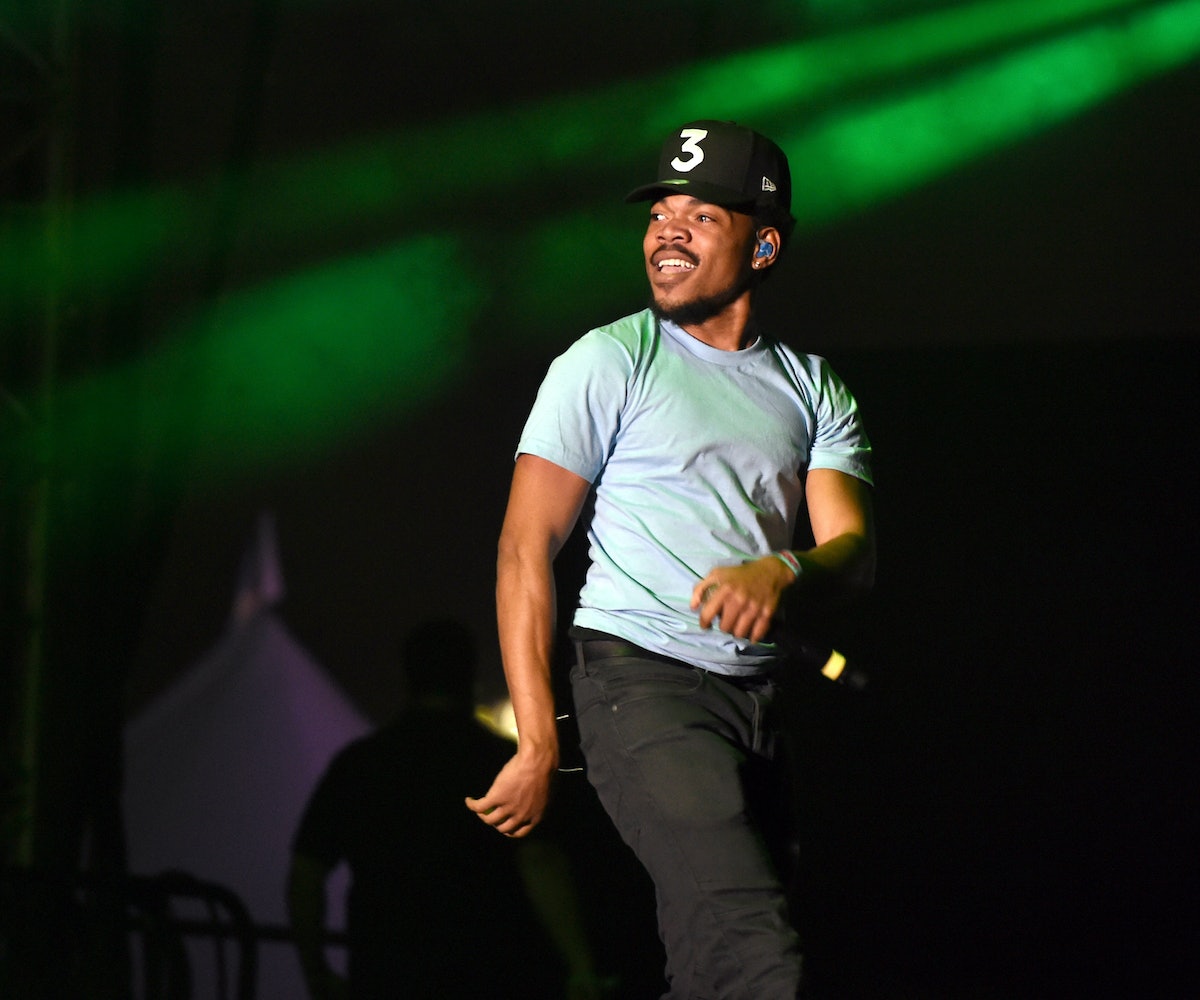 Chance the Rapper has been making music since 2011 (fun fact: he went on tour with Childish Gambino in 2012), but his career started gaining traction this year when he stole the spotlight from Kanye on “Ultralight Beam.” And the 23-year-old has held on to that shine since.

2016 was a shit year, we don’t have to tell you that. But for some reason, we were blessed with Chance, a rambunctious, good guy who also happens to make great music. He raps about God and love and happiness on the same album that includes a song titled “Same Drugs” (which happens to be about growing up rather than narcotics). All with energy like that of a toddler who just discovered ice cream for the first time.

His antics, outspoken nature, and positive attitude served as a much-needed beacon of hope over the past 12 months. As he’ll tell you himself, “he’s just having fun with it,” and we hope he continues to do so well through 2017. Here, then, are 10 moments showing why 2016 was the year of Chance.

1) He put out the record of the summer

Coloring Book was one of the most nuanced rap albums of the year. Rolling Stone called it this year’s finest hip-hop album and it became the first to chart on the Billboard 200 solely on streams. Chance managed to seamlessly combine rap and gospel in a way that Kanye couldn’t on The Life of Pablo and he did it at a time when we all needed it the most.

As many point out, Coloring Book was released when murders in the black community at the hands of police were rampant. Chance’s album served as a source of fleeting joy. It’s campy but inspiring and strikes a great balance of nostalgic slow jams and club bangers moonlighting as songs about violence in Chicago. It might not be at the top of every end of year list, but it’s one worth returning to in 2017 and beyond.

2) And then got seven Grammy nominations for it

Chance received seven Grammy nominations this year, from Best New Artist to Best Rap Album. That alone is enough to boast about, but he also happened to secure them without being signed to a label and without selling Coloring Book in stores (it was a mixtape, after all, which many people forget), becoming the first artist to do both. As Chance raps on “Ultralight Beam": “He said let's do a good-ass job with Chance three/ I hear you gotta sell it to snatch the Grammy/ Let's make it so free and the bars so hard/ That there ain't one gosh darn part you can't tweet.” He did just that.

3) He was invited to the White House… twice

Back in April, President Barack Obama invited a group of artists, including Chance, to the White House to discuss criminal justice reform and the My Brother’s Keeper initiative. He was invited back again in October to attend the President’s final White House state dinner.

As some might know, Chance and POTUS go way back. The artist’s father, Ken Williams-Bennett, served as Obama’s state director when he was a senator in Illinois. In an interview with Sway in the Morning, where the President listed Chance and Kendrick as rappers who are breaking new ground, he noted that he’s known the now 23-year-old since he was eight. POTUS also included Chance’s “Acid Rain” on his summer Spotify playlist this year. The Chicago love clearly runs deep with these two.

Chance’s social media presence, in general, has been a delight all year. He makes it a point to interact with fans and treats us to hashtag moments like #BlackBoyJoy. But in no other case is his voice more appreciated than when he shifts to social issues.

In May of 2014, Chance started #SaveChicago on Twitter to try and prevent murders in Chicago on Memorial Day (it was successful). To this day, he continues to use the hashtag as a means of bringing attention to the epidemic of gun violence plaguing his city. In August, he also called out ESPN and the media on its responsibility to refer to killings by first responders as what they are: murders.

5) He threw a day-long festival in Chicago

This September, Chance put together one of the best festival lineups of the year for his hometown. Everyone from Skrillex to Alicia Keys to Lil’ Wayne and even Kanye showed up for the one-day extravaganza, which was also live-streamed on Tidal.

To top it off, when the rapper found out that scalpers were buying tickets and reselling them for insane prices (the rapper purposely made the tickets on the cheaper side), he managed to buy back almost 2,000 and put them back up for sale on his site.

6) He paraded fans to the voting polls

Chance, along with a selection of other artists, played a free concert in Chicago in November, aimed to appeal to millennial voters. Afterward, he led hundreds to the polling places to cast their ballots. Earlier in the year, he also teamed up with the NAACP for the #StayWokeAndVote campaign and performed at a Hillary Clinton rally in Cleveland.

Chance really pretending to be those floaties that be infront of car washes lmfaooo pic.twitter.com/O9HYLNZknC — Black People Vines (@BlackPplVines) August 29, 2016

You know that #BlackBoyJoy Twitter thread we mentioned earlier? It all started when Chance started posting snaps of him living his best life on the red carpet at the MTV VMAs. One such moment, captured on video, was when the rapper pretended to be the floatie guy from car washes. We’re not exactly sure why; we’re just happy it was documented.

8) He appropriately freaked out when Beyoncé touched him on camera

He didn’t take home an award the night of the VMAs, but he still managed to be the most talked-about person the morning after, thanks to a moment he shared with Beyoncé. While being interviewed by MTV, the singer snuck up behind Chance and lovingly placed her head on his shoulders. As one does when the Queen touches you, Chance flipped out in the most sincere fanboy way. The interaction wasn’t even the first time he met Beyoncé, but it sure as shit had to be the cutest.

9) He appeared on SNL… twice

Earlier this month, the rapper was chosen to close out the 2016 SNL season for the second year in a row. Accompanied by Noname and Francis and the Lights, he enthusiastically performed “Finish Line/Drown” and “Same Drugs.” He wasn’t in the role of a guest artist for his first appearance of the year, but he did take part in Kanye’s brilliant performance of “Ultralight Beam.” 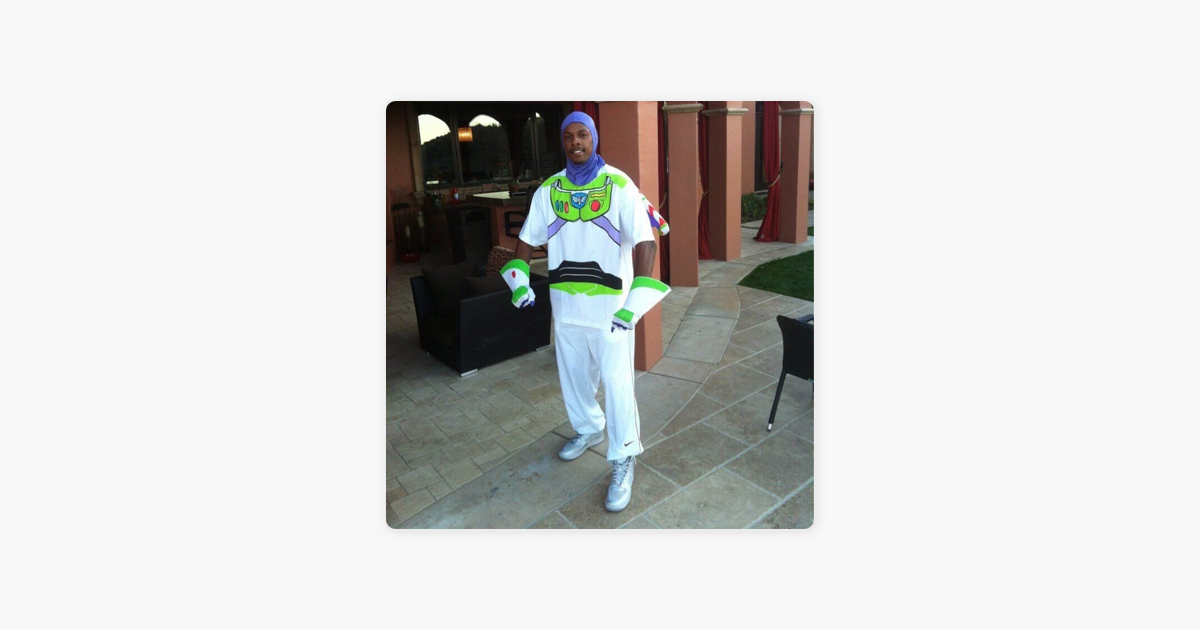 10) He made a bath playlist

As if Chance didn’t provide his fans with enough material this year to win us over, earlier this month he tweeted out a bath playlist. Tracks include Frank Oceans “Self Control,” Solange’s “Cranes in the Sky,” and Kirk Franklin’s “Melodies From Heaven,” but our favorite part about his Tweet was his emphasis on self-care. “I been neglecting myself, not taking care of me,” he writes. “I take a shower everyday. But when is it Bath time? Now.” Even someone with the best year ever recognizes the importance of slowing down and taking care of yourself.

okay @chancetherapper really just had his own Jeopardy question

it's really not a game out here, sheesh

11) He was an answer on Jeopardy

You know you've made it when Alex Trebek deems you worthy enough for a Jeopardy cameo.

We truly don’t deserve such a thoughtful, gracious soul, but boy are we grateful for what Chance has given us this year alone.