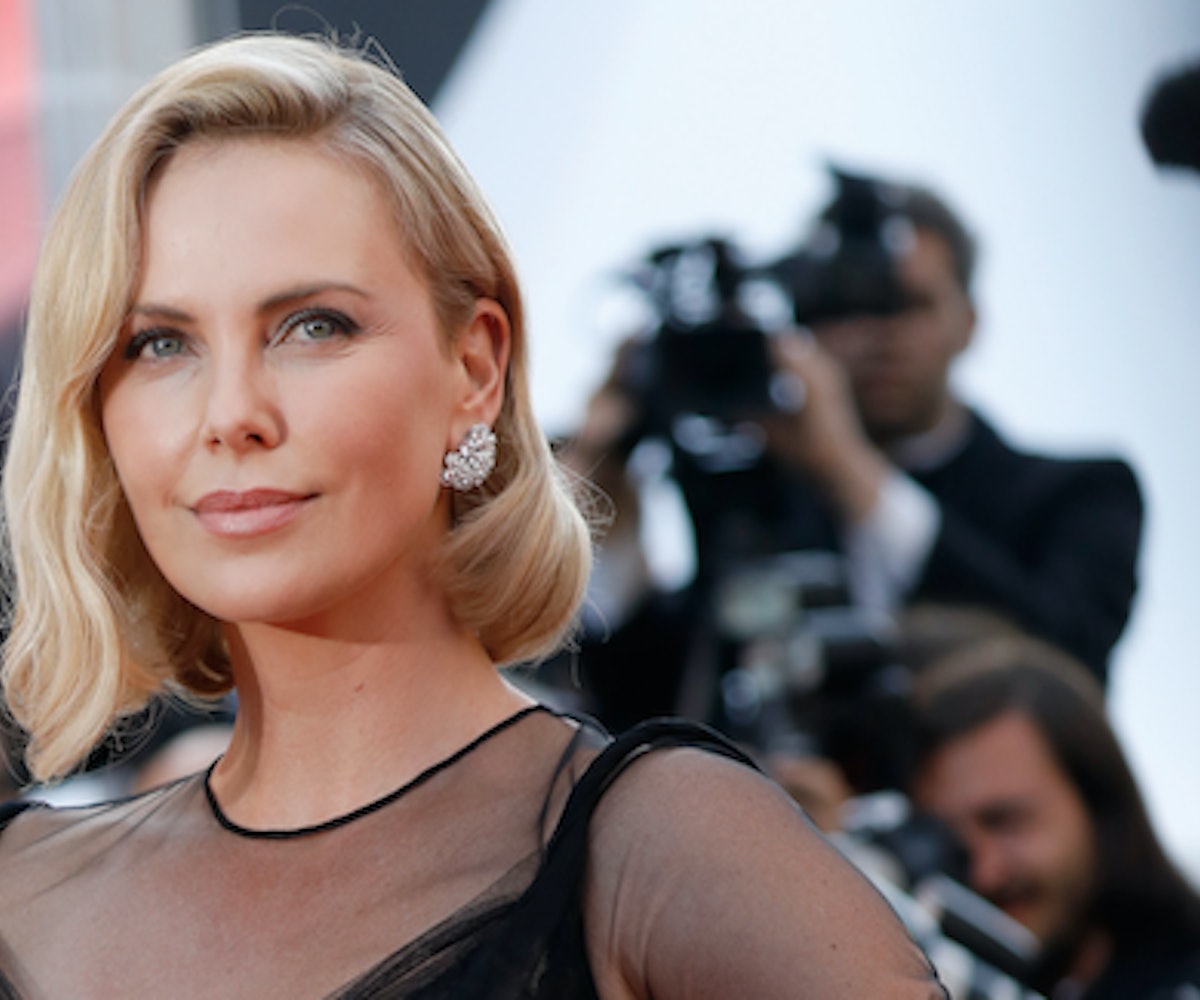 Charlize Theron recently opened up about her experience raising her two black children in Trump's America in a new cover story for Elle. The actress, engaged in conversation with Chelsea Handler, discussed her upcoming film, Tully; her experience in adopting her two children, August and Jackson; and her thoughts on Black Lives Matter and the current political climate.

"Being raised during the apartheid era in South Africa made me so hyperaware of equality and human rights," she said. "Of course, I have two black kids, but that was always something I was passionate about. I don’t even know how to talk about the last year under our new administration. But racism is much more alive and well than people thought. We can’t deny it anymore. We have to be vocal."

She also noted that she refuses roles that require her to be in certain parts of America where racism and violence against black people are high in order to protect her kids, adding that there are times where she considers leaving the country for their safety. "There are a lot of times when I look at my kids and I’m like, if this continues, I might have to [leave America]. Because the last thing I want is for my children to feel unsafe." Theron lives in L.A.

Though she and her family aren't "there yet," they have open conversations about the conditions in America and how her experience as a white woman will differ from theirs:

I want them to know who they are, and I want them to be so fucking proud of who they are. Building confidence for them right now is an oath I made to myself when I brought them home. They need to know where they come from and be proud of that. But they’re going to have to know that it’s a different climate for them than it is for me, and how unfair that is. If I can do something about that, of course I’m going to.

You can read Theron's profile in full, here.