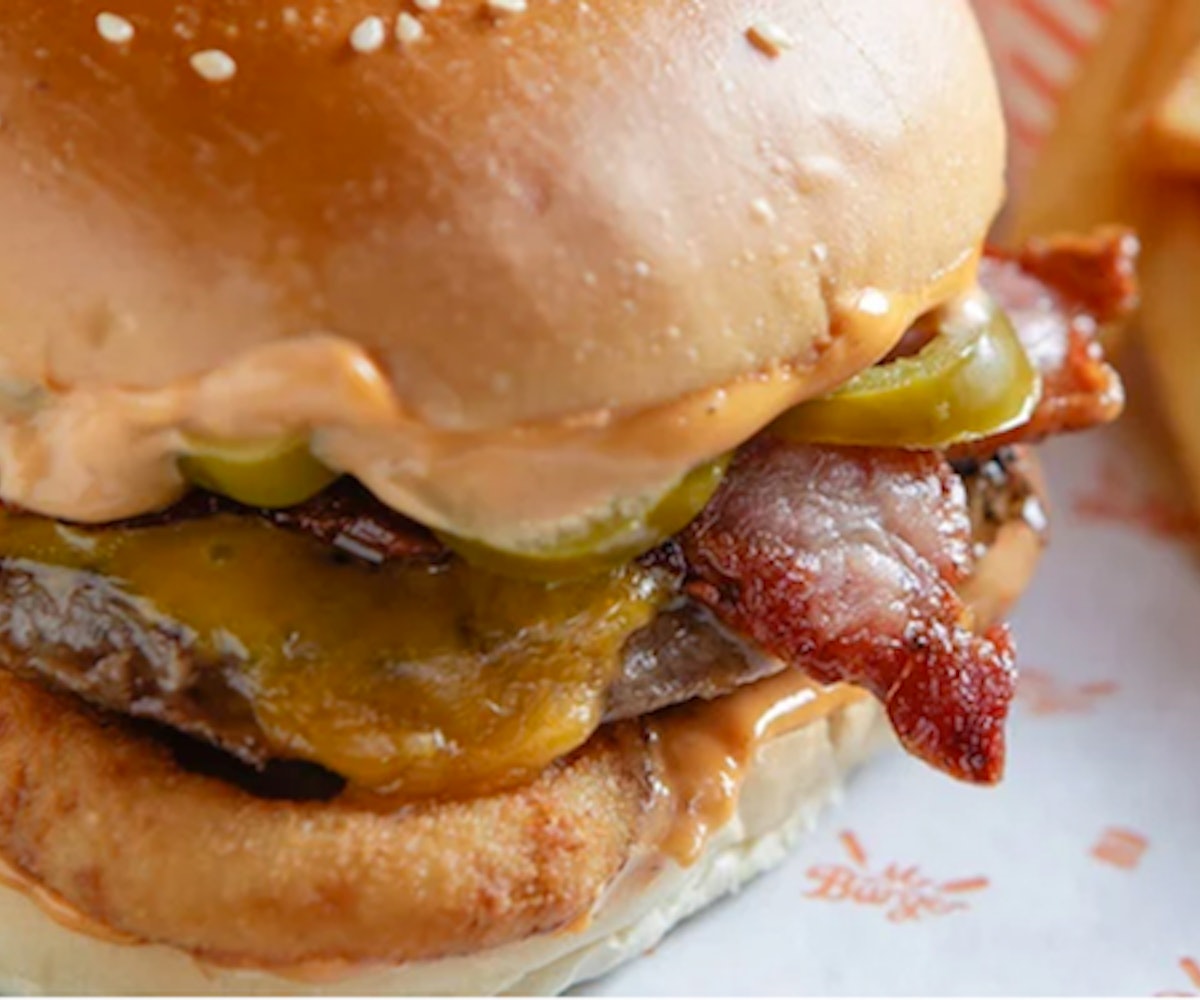 On a scale of one to “OH GOD THE NUCLEAR CODES,” having to see Donald Trump's orange face in the news for the next four years ranks fairly low. It's a pretty big trigger—especially for women, sexual assault survivors, people of color, the disabled, and various other groups the president-elect has treated as sub-humans—and it won't be going away anytime soon. Thankfully, scrolling through your RSS feed is now a little less anxiety-inducing thanks to a brilliant new Google Chrome extension called "Make Trump Burger Again" created by Daragh Kan, co-founder of Australian burger chain Mr. Burger.

The extension is simple—it replaces pictures of Trump with pictures of juicy, delicious burgers. Although it won't take all of the sting out of news related to the person who may be revoking your basic human rights shortly after taking office, it might just make you laugh through your salty, salty tears. And, hopefully, it won't ruin burgers for you. When asked why he wanted to make such a ridiculous and delicious extension, Kan said, "We like to brighten people’s days, and after Trump’s win we thought we’d create something small to make the internet fun again." Many thanks to our friends from down under for trying to cheer us up. Now please excuse us as we continue to eat our feelings.

You can download the Make Trump Burger Again extension here.