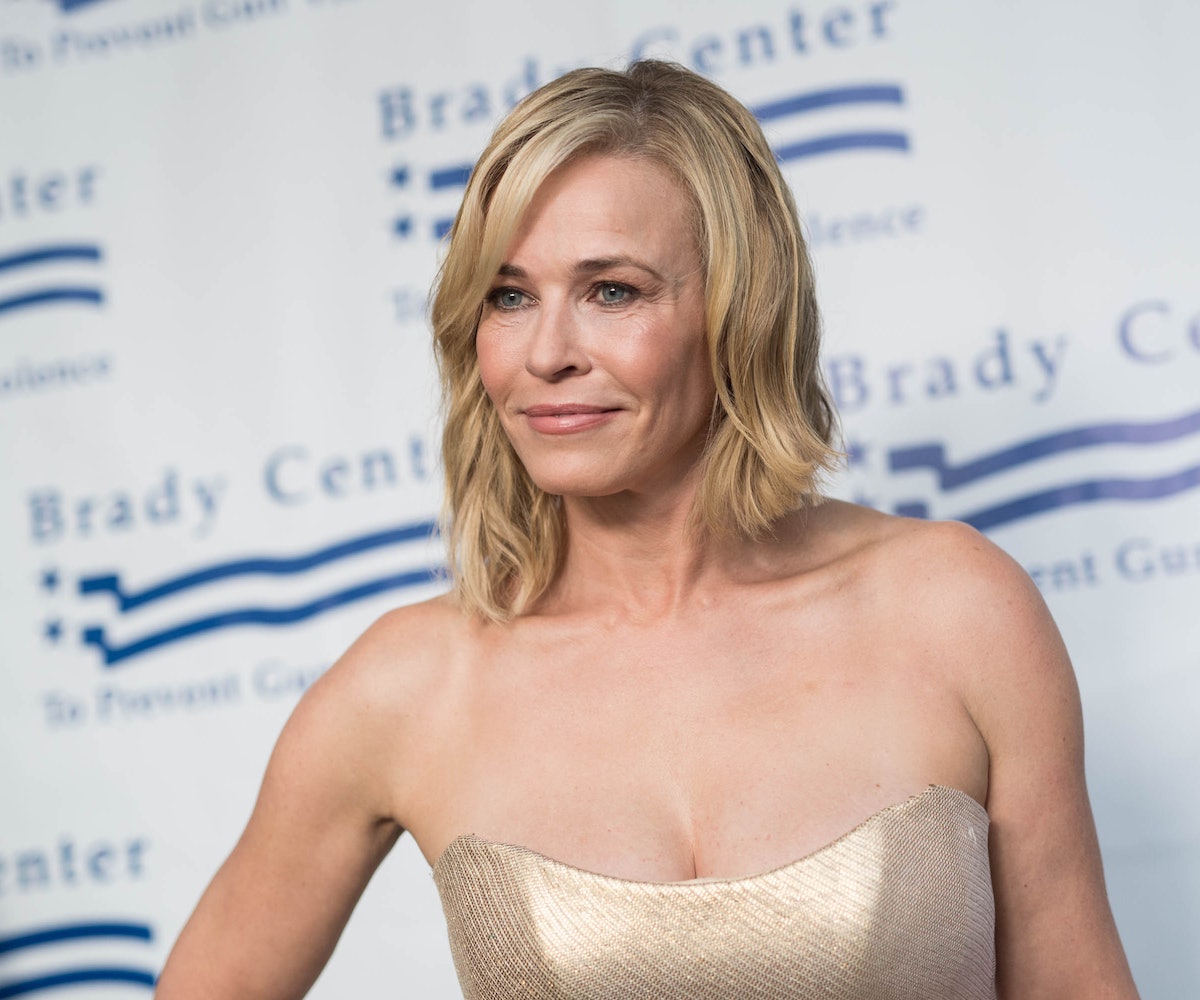 Chelsea Handler will debate far-right commentator—and person who once compared Black Lives Matter to the KKK—Tomi Lahren, at the third annual Politicon this year, according to The Daily Beast. Held on July 29-30 in Pasadena, California, the event will also feature a discussion between Handler and CNN's Jake Tapper.

Handler has moved on from celebrity roasting on her show Chelsea Lately on E! and become more political since launching her new series, Chelsea, on Netflix. She's been highly critical of Donald Trump and led the Women's March at Sundance this year. She was supposed to debate conservative author and all-around terrible person Ann Coulter earlier this year, but Coulter canceled at the last minute. It doesn't look like Lahren will do the same. "Let's do this," she tweeted about the debate with Handler.

Some people are skeptical of the import of this pairing. Handler and Lahren are both more entertainers than they are political heavyweights, and people are wondering what the point of the discussion is—other than putting on a show.

"WTF?!" someone tweeted. "Btw, if you remember Bill O'Reilly debated Jon Stewart, and while entertaining, it was pointless. Stewart scored more points & yet..."

"The Tomi Lahren/Chelsea Handler debate is McGregor vs. Mayweather for people who say 'it's wine o'clock'," someone wrote.

"Pretty sure... Chelsea Handler "debating" Tomi Lahren actually *is* everything that is wrong with Politics and Political Media," another person wrote.

But a lot of people have faith that Handler will come out the winner.

"Oh you poor thing," another person tweeted. "You're headed into the lion's den. @chelseahandler is going to crucify you."

"Chelsea Handler is debating Tomi Lahren," someone else wrote. "Tomi is practicing right now by saying "Snowflake, Libturd, Lefists" in her mirror."

Whatever happens, we'll definitely be watching.