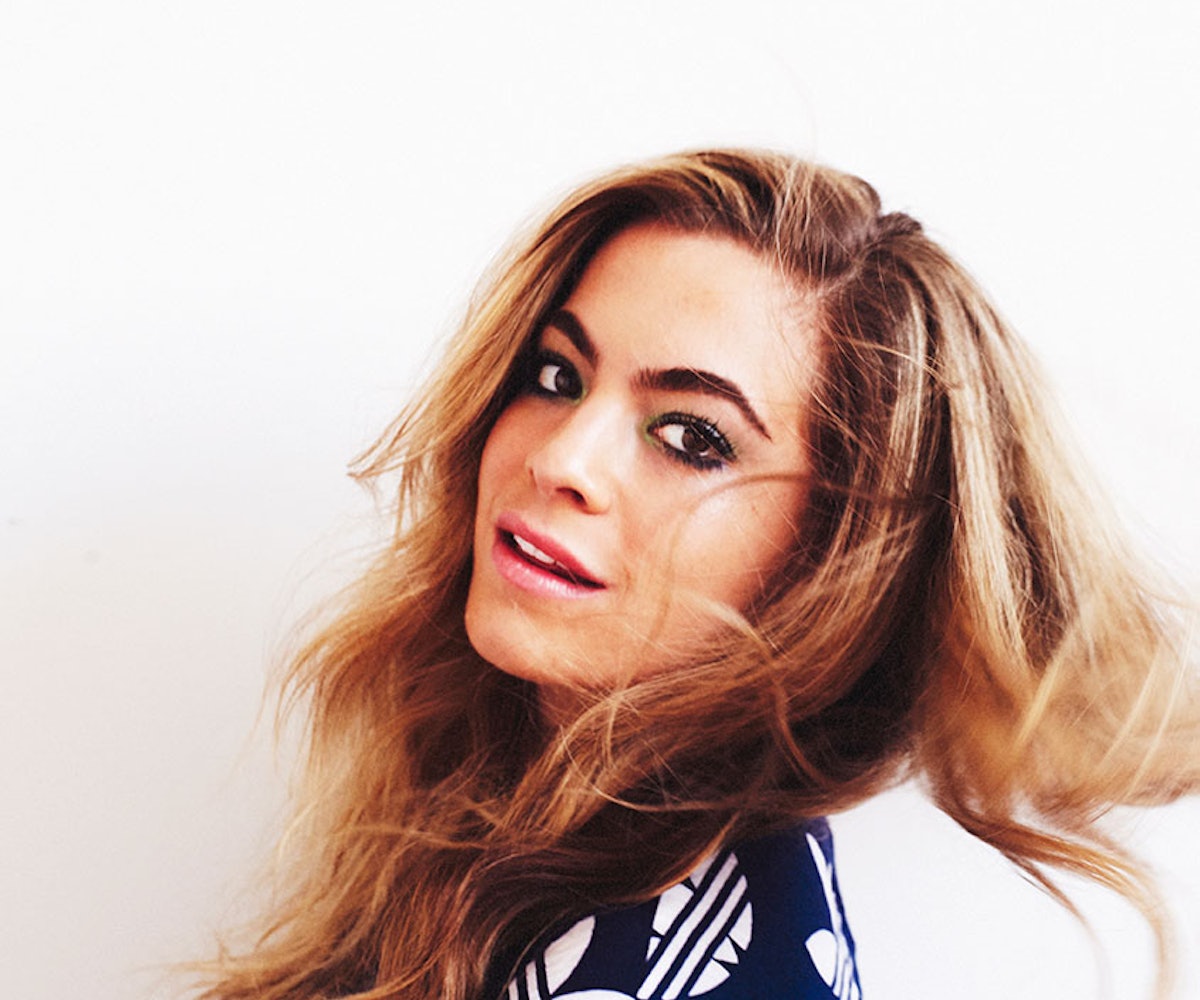 As the running joke goes, all creative types will, at some point, try their hand at DJing. (One need only look to Paris Hilton’s side hustle or set foot in Brooklyn to see the humor.) In a market oversaturated with pretty young things, it’s the strong who survive and thrive— the creative minds who fearlessly put their fingers in other pies. Being an ordinary DJ is just not enough anymore; for Chelsea Leyland, however, that’s where things get even more exciting.

The U.K.-born Leyland’s career origin story starts when she arrived in New York City to study acting at the Lee Strasberg Theatre and Film Institute. Her debut as a DJ came in 2010 during a Fashion’s Night Out event for a little brand called Valentino and she has since become a staple behind the turntables, as well as in the front row at runway shows, on street-style blogs, and even as the face of brand campaigns. Leyland’s own look transcends of-the-moment trends, combining London chill with downtown NYC grit and a  sparkle of luxury where appropriate. Her taste in music follows suit, but that comes with the territory. Most importantly, as a woman in the DJ business, she’s come up against the obvious glass ceiling in this male-dominated industry, but she’s chipping away at it with each new venture.

“When you DJ for the first time, there’s a moment when you feel connected to the audience; you begin to understand you have the ability to change the mood and take people on a journey,” explains Leyland, 27. This human element is what she loves about her work, and something she seeks to tap into on a larger scale. DJing has already taken her to all kinds of places, put her in touch with “a lot of other people’s icons,” and made it possible for her to expand her reach beyond the hip NYC scene where she got her start. Now she’s taking the next step, bringing her mental music library to Apple Radio’s newly launched Beats 1 station, where her influence can be felt on a global scale. And in doing so, Leyland’s helping to show other girls that gigs like DJing and radio hosting aren’t just for the guys. “It excites me more than anything else that I’m working  on,” says Leyland of the Beats 1 job. “I like feeling that I have a say in shaping the music world a little bit.”

As someone with epilepsy, Leyland also has her sights set on starting a foundation to raise awareness for the disorder in 2016. Though a daunting prospect, she says this idea is “something that is really close to my heart.” Leyland understands that talking about such difficult issues isn’t as glamorous as, say, waxing poetic on her latest travels, but now that she’s reached this high point in her career, she believes it’s time to make the serious stuff heard. She didn’t become “Chelsea Leyland: DJ-model-actress- radio host-activist” by resting on her effortless good looks and British charm. There’s a quiet, humble drive fueling everything she does. At the end of the day, it’s about getting in touch with people on a human level, and that’s, as Leyland says, “really something quite special.”