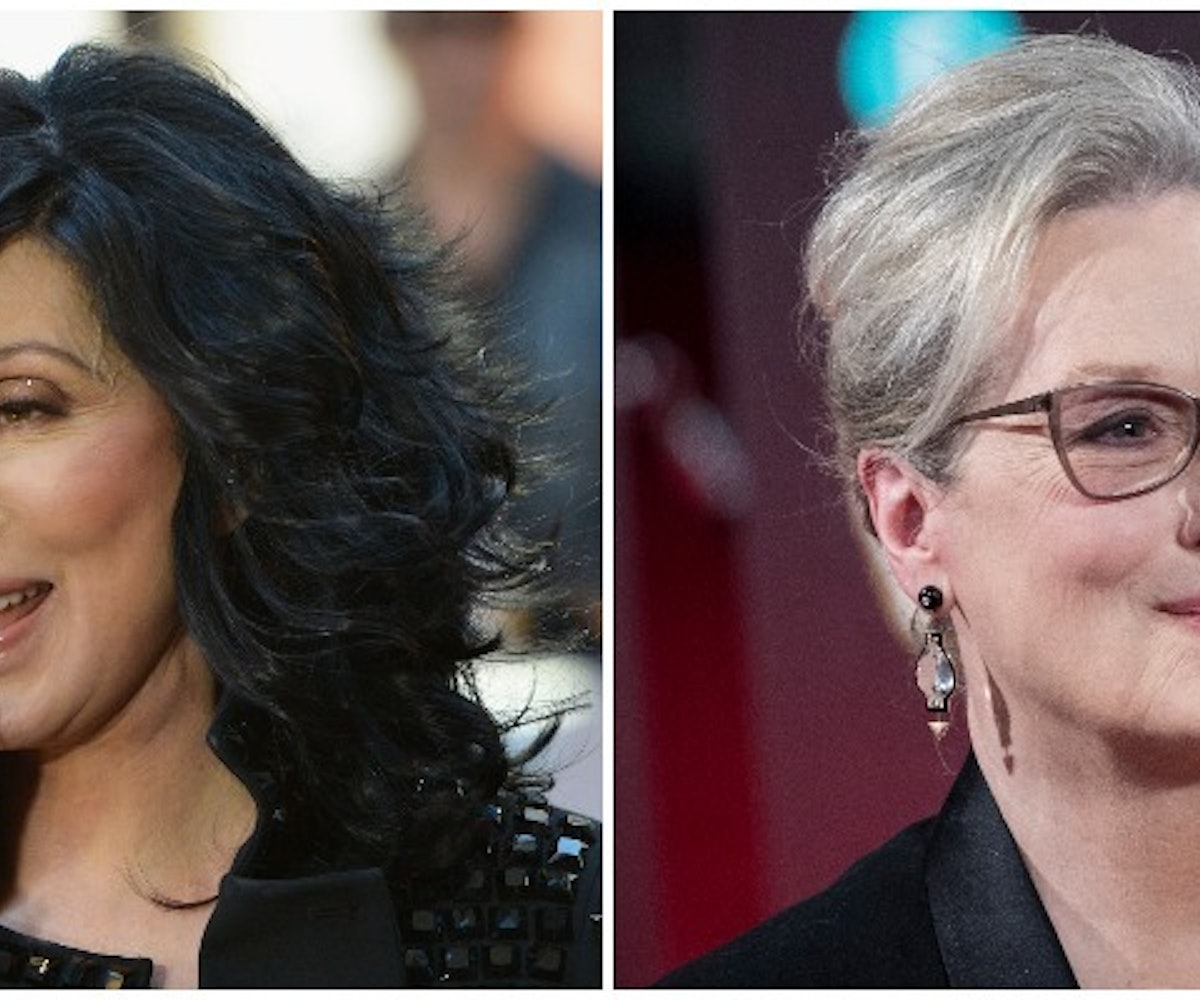 Cher and Meryl Streep may want to consider ditching their entertainment careers and joining a police task force. In a new interview with James Corden, the legendary singer recounted a time in which she and her Mamma Mia: Here We Go Again co-star saved a woman from being sexually assaulted in New York City. Though it's unclear when the incident took place, Cher says it happened one night when they left Streep's Downtown New York apartment to get ice cream.

"We walk out and the first thing we see is some guy hitting cars with a brick, and then, we walk down the street and we hear screaming," Cher recalled. "And we come around the corner and there's this gigantic man ripping the clothes off this girl. And Meryl starts screaming, and I start screaming, and we run towards this gigantic man, and he turns and starts running toward us."

Cher then adds that the two split up and the man ran through them. "We went up to the girl, and all of her clothes were torn, and she was clutching her bag," she said. "And so we're putting her together, trying to get her to look a little bit like she hasn't been ravished, and she looks at us, and she goes, 'Oh my god, I was saved by Meryl Streep and Cher! I'm an actress and I work in a cafe where we sing and all my friends are going to be so jealous!'"

See Cher recount the story in the clip, below.