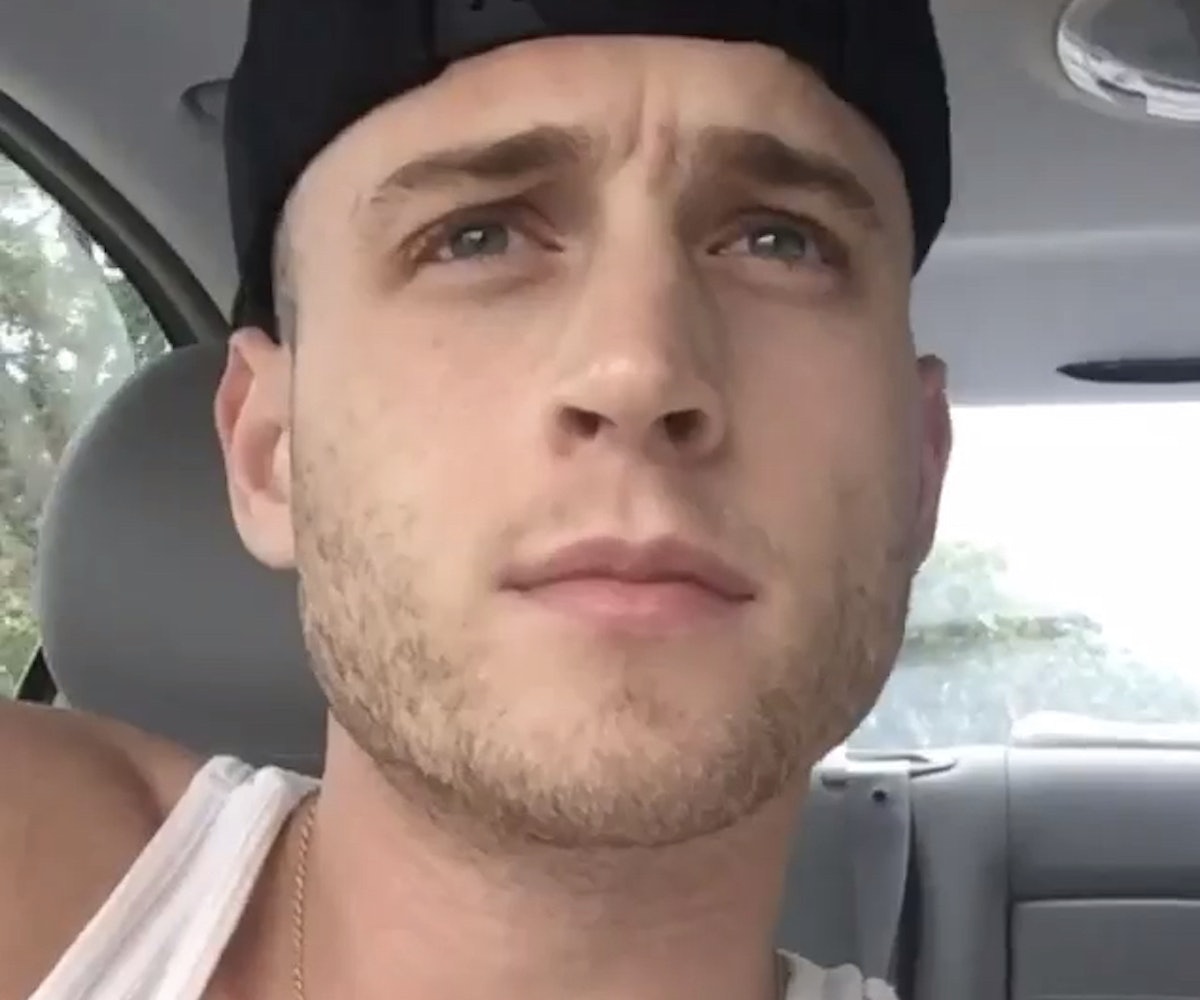 Question: If you had a loudmouth kid with a Twitter following of 17,000, started speaking out about how it’s okay for him to use the n-word all willy nilly, wouldn’t you tell him to stay off social media altogether? You totally would.

Welp, it seems that is exactly what American Treasure Tom Hanks and his wife Rita Wilson told their problem child, Chet “Haze” Hanks to do—probably because they are more or less sane people who are concerned about the welfare of their children, no matter how poorly they rap. In fact, they advised him to do so before he started offering the world his take on the n-word. At least, this is what the younger Hanks claimed during an ambush interview with a TMZ photographer.

But did he respect and follow the sage advice of his parents, one of whom, it should be noted, rides public goodwill like a professional snowboarder? If you’re asking that question, you don’t know the Haze.

“But they’re the old generation,” he said. “They don’t get it. This is the new generation. We do things differently now.” Exactly what “it” is or what things we all do differently, we can’t say for certain. This much, however, we do know: Mr. Tom Hanks knows social media like nobody’s business.

Granted, there is a naked dad-humor bent to his Tweets. Nonetheless, the man has 9.7 million followers and ends every one of his sometimes impossibly upbeat, sometimes just plain weird posts with the same amazing sign off—“Hanx”. We mean, just look:

This is the work of a man who gets social media.

Now, if Chet was trying to say that his parents are from an older generation for whom the use of the n-word by white people is never okay, he’s probably right on that one. But then again, for most sane, sober, self-reflective people in any generation, it’s never okay, no matter how many black friends the white person using it might have.

Basically, if Chet Haze has an “it” to get, you’re better off it-less.

NEXT UP
Beauty
10 Libra-Inspired Nail Art Ideas For The Most Social Season
Life
Get To Know Libra, The Social Butterfly Of The Zodiac
Life
NYLON Newsletter: October 3, 2022
Entertainment
Soccer Mommy, Wet Leg, & 48 More Artists Made An Album For Abortion Rights