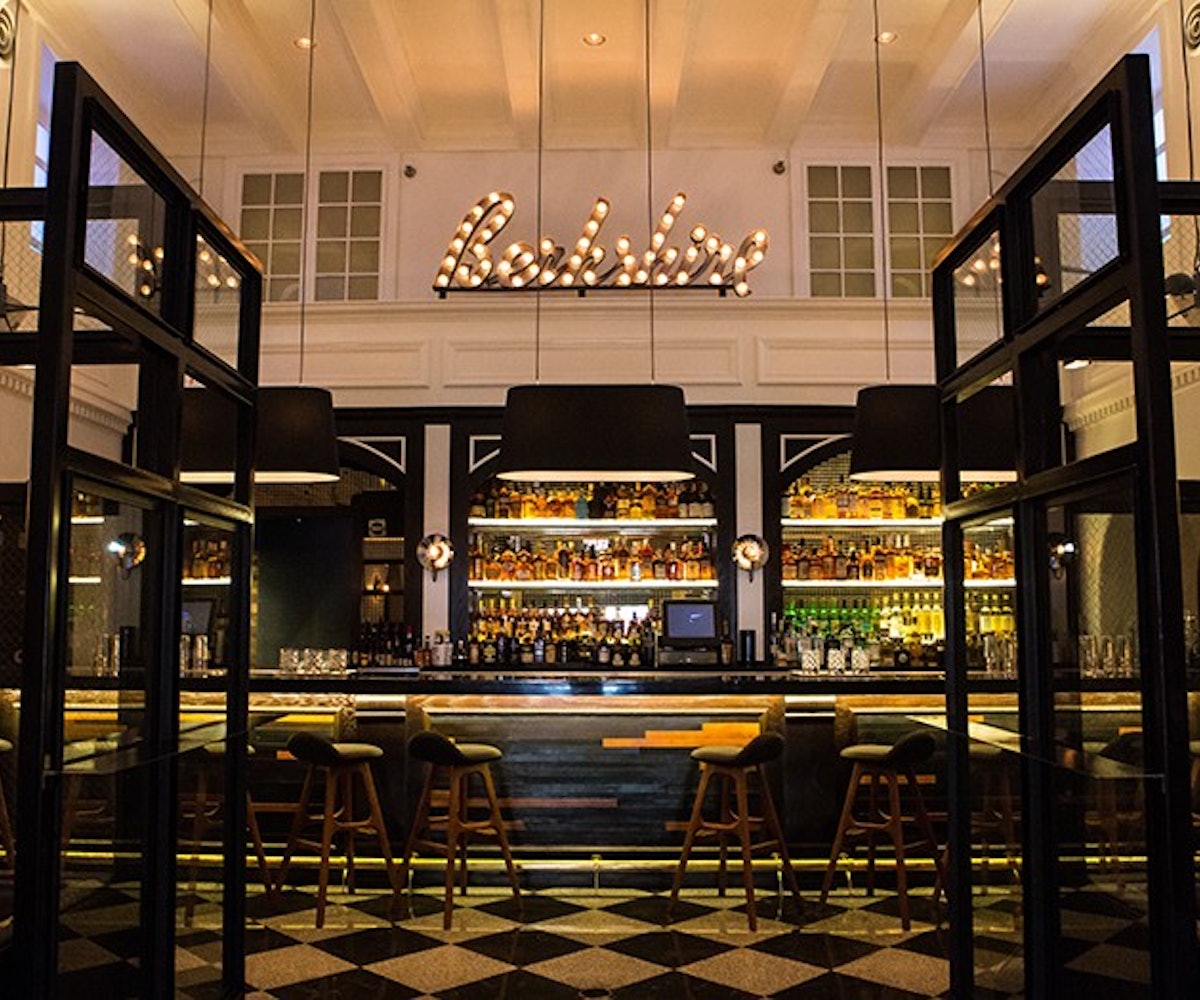 Photo courtesy of the Berkshire Room
by Luke O'Neil
November 19, 2015

As a lifelong East Coaster, it’s only natural to have mostly ignored the middle part of the country for most of my three decades plus on Earth; that provision comes in the forms they make you sign before you get your membership card. But there’s usually supposed to be an exception in there when it comes to Chicago. And yet, for some reason, up until recently, I had never been. I was missing out. Now I can’t wait to go back, especially considering how cheap it is to get there: there are multiple round trip flights available on a regular basis from New York or Boston for around $100-150 every day. And once you’re there, even the nicer boutique hotels, can be much more affordable than anything we’re used to on the correct and normal side of the country.

Like anyone else who's spent three nights in a new city, I am not an expert on the entire thing, so here, for your edification, is a game plan for checking out Chicago.

After careful consideration, I can say without a doubt that The James is the best hotel I’ve ever stayed in in Chicago. It’s also the only one, but still. And like the flights, it’s a lot cheaper than you’d expect of a stylish boutique hotel in a big city. Of course you can also splurge, aside from the standard guest rooms, there are multiple options designed to simulate a residence-style setting, from lofts, to studios, and one bedrooms. Of particular interest to me—although you may not be a pyscho like I am when it comes to travel exercise—it also has, and this isn’t hyperbole, one of the best hotel gyms I’ve ever used. As you might expect if you’ve ever been to the James in New York City, the little touches, from the well-curated art throughout, to the stylish design of the public spaces, cocktails in the sleek bar Jimmy, and a decadent steakhouse in the form of David Burke’s Primehouse, you could find enough to keep you busy without ever leaving the premises. Don’t do that, of course. Located downtown, the neighborhood is bustling, just around the corner from the shopping district of Michigan Ave. and the Miracle Mile, and a few blocks away from the waterfront where you can go for a run with a beautiful view of the skyline, or check out what’s going on at the nearby Navy Pier, a sprawling event and entertainment complex where I caught the Sculptures Objects Functional Art + Design Fair .

Of course drinking and history don’t have to be mutually exclusive. One of the most interesting things I did all weekend was a walking historical tour guided by History on Tap. There are a number of different options, but mine took me through Old Town Chicago, with a stop at a few neighborhood bars along the way and an expert guide regaling us with each block’s architectural, cultural, and historical highlights. There were plenty of stops for refueling at some of the area’s most iconic bars, like Twin Anchors, a one time speakeasy during Prohibition known for being a favorite hangout of Frank Sinatra, among many other notable characters and celebrities over the years. You might recognize it from its appearance in The Dark Knight.

Speaking of celebrities, a short walk away is the Old Town Ale House, instantly my favorite tavern I’ve been to in any city in a couple of years. Roger Ebert called it “the best bar in the world that I know about,” and it’s not hard to see why. The bar, located across from Second City, home at one point to almost everyone you love from Saturday Night Live over the years, has been a regular haunt for the cast for decades. If you’re lucky you might catch co-owner Bruce Elliott, a raconteur who’s drank and laughed and even feuded with some of the more notable characters from Second City past for decades. And he’s got the portraits that he’s painted of them to prove of hung on every inch of space of the bar’s walls.

I’m not sure if going to Second City to see a show is considered a corny, touristy thing for locals, but I don’t really care, because despite my aversion to improv, the show I saw, running now, called “Soul Brother, Where Art Thou?”, was so charming and instantly likable, performed by a cast where each of them seemed like stars in-the-making.

Another venue that won’t exactly be a secret to anyone who knows Chicago that I found my way to was the Empty Bottle. A venerable, battle-scarred indie rock club, it’s intimate without being too small, and hosts seven nights a week of touring and local bands on their way up. Before or after, be sure to hit the Sportsman’s Club just up the block, a repurposed old neighborhood bar with a focus on spirt-forward cocktails (I had one made with tequila, sherry, and vermouth) and a back patio with all manner of games befitting its moniker.

As good as the drinks there are, and the fine reputation of the Violet Hour to the contrary (the lines were always too long to get in), the best cocktail bar I tried was the Berkshire Room. A gorgeously appointed, comfortable space tucked away inside the ACME Hotel, it hits the right balance between refined cocktail and spirit knowledge and presentation, with enough playfulness to lighten up what can sometimes be a stuffy affair in these types of places. Try the Old Money, made with bourbon, Aperol, walnut liqueur and Allspice Dram.

If you’ve still got room left in your liver for another drink, the Fox Bar, a smaller cocktail room behind some swinging saloon doors inside the sprawling Soho House, is perfect for an intimate cocktail or two, after which point you’ll be ready for dinner part two, or three—it may be hard to keep track at this point. Around the corner you’ll find the Little Goat, a hip, modern diner, where they serve breakfast all day, along with hefty dishes like sesame cheddar biscuit, eggs, szechuan pork sausage with chili garlic chive sauce, and gooseberries. Remember what I said about that great gym at the James? You’re gonna need it after a night or two like this.

Accomodations were provided by The James.

Jimmy at the James