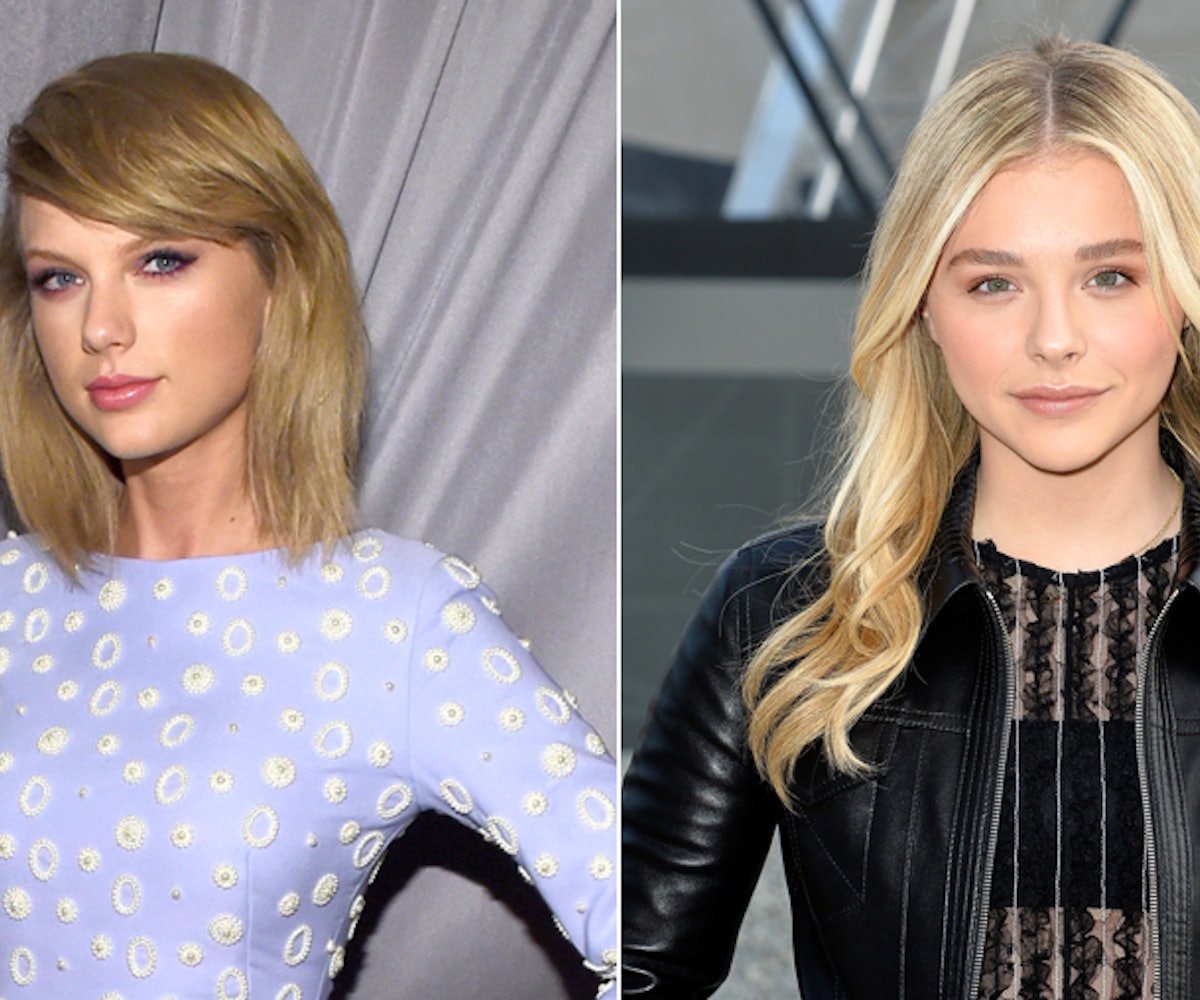 In the April/May 2016 issue of Complex, actor and woke 19-year-old Chloë Grace Moretz seemed to very, very strongly imply that not only had she gotten a formal invite to Taylor Swift’s squad of shiny haired celebrities, but that she had turned it down. It’s not quite a “slam” or “shade” as might be reported elsewhere. It is, though, certainly something.

As she tells writer Andrew Gruttadaro in the issue (on newsstands now, FYI), “[Squads] appropriate exclusivity. They’re cliques!” This 100 percent echoes what Moretz told us just a couple of months ago in her much-talked about NYLON cover story. “I agree with having a good core group of friends,” she told our Patty Adams Martinez, “but the issue I have with squads is it creates exclusivity.” She continued, “I was never included in those things when I was a kid. I was the weird one that chose to do movies, so now I go out of my way to be nice to people and make them feel included.” Basically, the very notion of #SquadGoals is old hat for her.

What’s new, though, is the admission Gruttadaro seemed to pry out of Moretz. And we quote:

“Yes,” she says, already aware of where I’m going with this. “Did she, you know, ask you to join her squad?”

“Yes,” she repeats carefully, nothing more.

At this point I’ve forced celebrity Chloë Grace Moretz and 19-year-old Chloë Grace Moretz to collide. She seems to want to say a lot of things—perhaps about the “Bad Blood” singer—but already knows the repercussions of those things becoming public. I can practically feel her urge to unleash bubbling and rising to the top of her throat. Just then a smile spreads across her moon-shaped face, the padlock that keeps whatever’s in her mind just right there, and she says, measuredly, “She’s a very talented person.”“You can talk to me about these things, you know,” I say back.“You know I can’t!” she laughs.

Gruttadaro implies perhaps more than he should, but he seems to have caught her out nonetheless. At some point in history Swift formally invited her and, shortly after that point in history, she somehow, someway refused.

Alas, Moretz doesn’t let us in on what an “invite” looks like. We’re going to go ahead and assume it’s a basket of pink kittens, each of them wearing a rose gold collar engraved with the message, “PLZ SQUAD ME—LUV TAYTAY,” but we may never know. What we do know is that, even though we love Swift, we also love Moretz for—supposedly—choosing her principles over trappings of fame. Good for you.

For more on Moretz’s attitudes toward female roles in Hollywood, her dating life, and love of Hockey, visit Complex here.