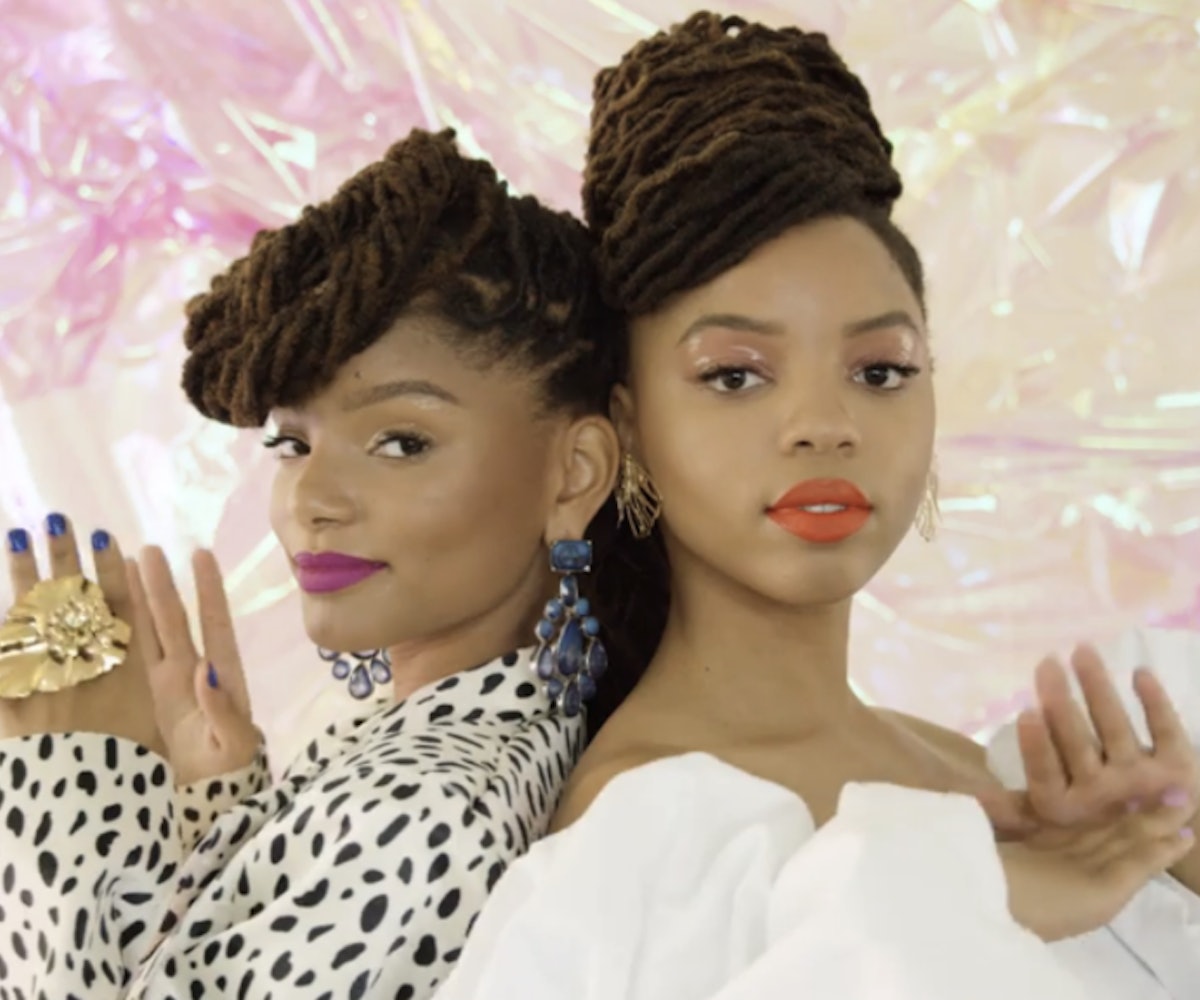 Our April cover stars, Chloe x Halle, released their debut album, The Kids Are Alright, last month. Since the release, the sisters have been receiving praise due to the debut's ethereal sound and universal lyrics. And, lucky for us, the girls revealed some of the songs' meanings while on set for their cover shoot.

"There's a song on our album called 'Hi Lo,' and it's definitely tackling insecurities with telling yourself that 'I don't need validation from anyone, I'm perfect just the way I am,'" they tell us:

And then, there's themes of empowerment as young women, like a song called "Warrior," that was just featured in the Disney movie A Wrinkle In Time, which we were really happy about. The song was really us speaking to ourselves, like, 'I can be a warrior, yes I am a warrior'—we're powerful. There's even a song on there called "Everywhere," where it's just a simple line in the hook that just says, 'I got money everywhere.' You can have wealth in any area of your life, and when you repeat that, sort-of like a mantra, you're speaking it into existence.

Get caught up with the sisters, below.

NEXT UP
Beauty
Meet Naezrah, The Abstract Makeup Artist Behind SZA’s Coolest Looks
Entertainment
Meet Andreas Metaxa, The Man Behind The Miami Jet-Setting Memes Of Supersnake
Astrology
Your February 2023 Horoscope Is A Breath Of Fresh Air
Entertainment
Bad Bunny, Lizzo, Kim Petras Will Perform At The 2023 Grammys