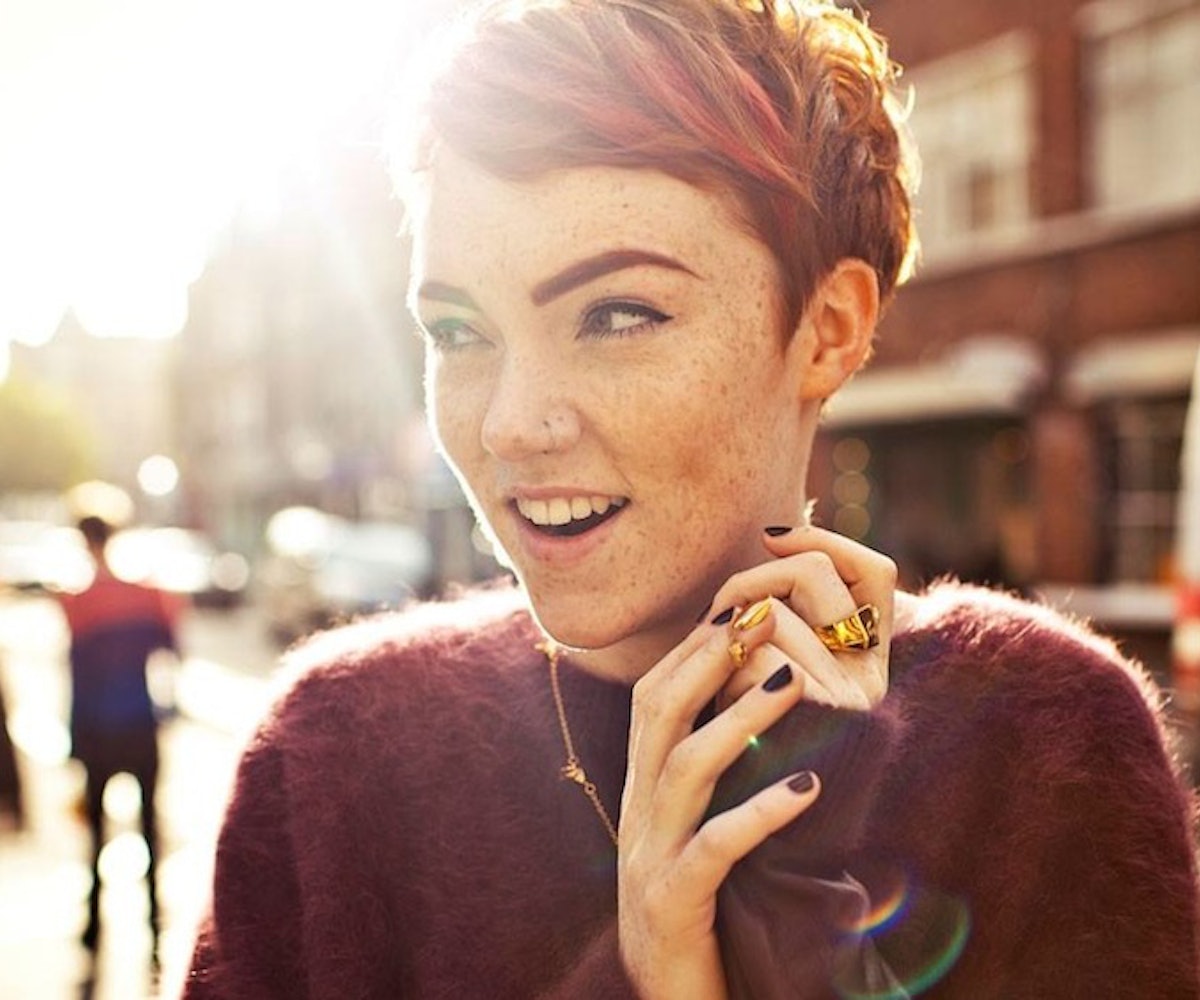 The last time we talked to Chloe Howl, the 19-year-old Londoner was plotting her American takeover. And from the looks of what she’s been up to these days—including rocking SXSW and ruling her NYC debut—this girl is well on her way to stateside domination. With singles like “Rumour” and “Paper Heart” under her belt already, Howl’s now busy putting the final touches on her debut album. But first, she stopped by NYLON offices to chat about her fashion obsessions and the problems with performing in bars underage. Seeing America (getting carded included): “I’m obsessed with traveling all over America, but I hate getting carded! I never get carded in London, and it’s like being transported back in time to when I used to try and sneak into places. It just makes you feel like a child.”

Watching all the Oscar-nominated movies:

“I watched Philomena on the way here and I watched Dallas Buyers Club at home, and they were both really good. I still haven’t seen loads of them. I’m obsessed with Lupita Nyong’o from 12 Years a Slave.”

Finding her trademark style:“I wear a lot of American Apparel stuff. I wear a lot of basics, like, my top is from ASOS. I basically just wear these shoes everyday and they’re the shit now. I’m just obsessed with Docs.”

Swedish bands:“I’ve been listening to Tove Lo a lot.  I really love how she writes heartbreak songs, like, not holding anything back. I think she’s amazing. Her and Noami Pilgrim, whose voice is so pretty.”

No bulls*** songwriting: “Right now I don’t really have many things that I won’t write about, unless they’re literally things that just happened—because then if you’re like “F**** you!” I normally write the ballads and more touching songs with songwriters i’ve worked with a few times. The ones which are like “F*** you,” you can do that with people you’ve just met because everyone finds bitching about people fun. I hardly bitch about people, but I feel like if you want to talk about having your heart broken it needs to be with someone you’re comfortable around. Otherwise it’s awkward.” [Laughing]