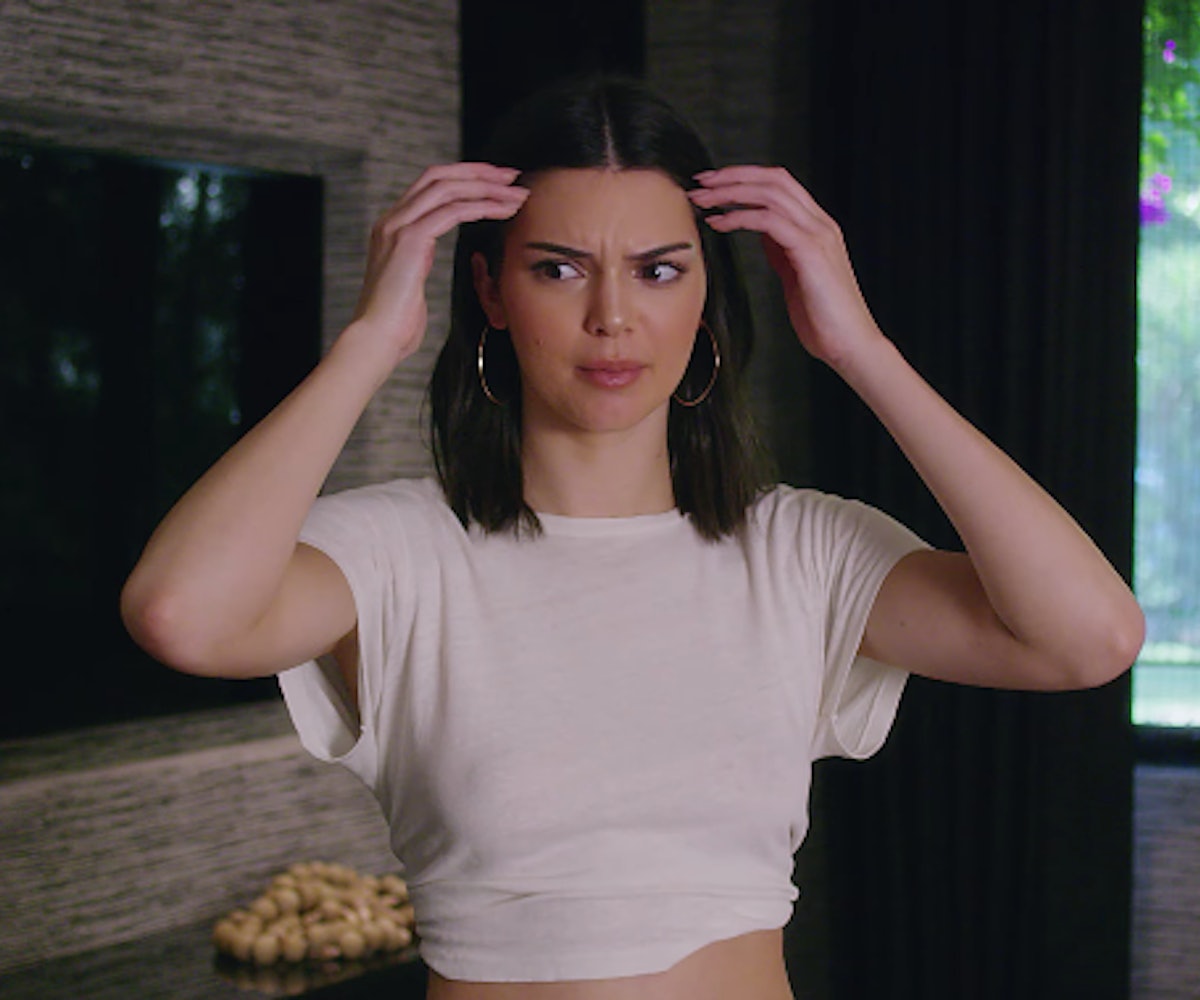 Chris Brown and rapper Lil Dicky released their joint music video for "Freaky Friday" yesterday, and it was... a lot. The visual sees Dicky and Brown in some, erm, interesting situations after they switch bodies for the day. But that's not the strangest part—DJ Khaled, Ed Sheeran, and Kendall Jenner, who makes her singing debut in the visual by crooning about her vagina, all appear in it.

Dicky, while in Brown’s body, raps about "hoes in my DMs," says the N-word a handful of times, and discovers a gun hidden inside of a bookshelf. As Dicky, Brown sings about not being free of his controversial past. It's a bit much, to say the least, but the weirdest part of the entire video comes toward the end after Dicky switches bodies with Jenner. While in her body, Jenner makes her singing debut by singing about exploring her vagina.

You can hear Jenner's vocals starting at the 5:05 mark if you would rather skip everything else, below.